Apsáalooke: The Story of the Crow Language

Academics / Majors and Minors / Environmental Studies / Apsáalooke: The Story of the Crow Language

In the tales of the West taught to children throughout the United States, there is a prevalent and often misleading tendency to construe Western settlement in the most basic and simplistic of ways. Still clinging to the vestiges of a cultural history of settlement, guided by a vision of Manifest Destiny, the history of the West is often mythologized as a tale of cowboys and shootouts, strange native cultures, and the great struggles of a people destined to settle a hostile, foreign land.

Although some elements of this story are true, the reality is always more complex than it first appears. As settlers and traders from the East and North ventured into the territories where numerous different cultures lived and thrived, their actions set in motion a chain of events which completely overturned the balance of power and often upended entire ways of life. The effects of this influence are still evident today.

One of the groups heavily influenced by this westward movement were the Apsáalooke, or the People of the Large Beaked Bird, and today, in the wake of Western expansion and the effects of American attempts to suppress and eventually eliminate their culture, the Apsáalooke face a number of challenges. Attempting to reconcile ancient traditions with the demands of a modern era, while simultaneously facing the pressures of the American culture which surrounds them and dominates the economic market and media, the Crow fight to maintain their own cultural identity through traditional dances, music, rituals, and above all, their language.

This language, however, faces a number of threats. Here, we discuss in part the story of the Apsáalooke as a people, but also the story of their language’s endangerment and its slow, but promising, revival.

1825-first treaty between U.S. and Apsaalooke

1887-Chief Wraps His Tail leads an insurgency against U.S. in response to restrictions on intertribal warfare and movement

1903-First Annual Crow Fair, a series of important festivals in Apsáalooke culture which help remind youth of the practices of the past 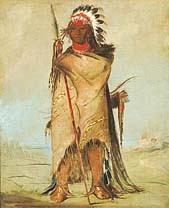 As a fundamental part of the Crow cultural identity, the Apsáalooke language serves as a powerful vehicle of expression and communication, directly connecting the Apsáalooke people with their ancestors. However, in the past the United States, as an expanding power on the North American continent, directly attempted to sever this connection through the systematic destruction of the language. Throughout the 19th and 20th centuries, the U.S. Department of Indian Affairs attempted to assimilate the Crow people into American society by systematically severing the ties between young generations of Crow children and their elders. Through required attendance at boarding schools and programs which discouraged the use of the Crow language with physical punishment, young children learned to fear their own culture, and thus never gained fluency in Apsáalooke at a young age. Even today, the influence of this practice means that certain generations of Apsáalooke adults lack the proficiency in the language that the oldest of the elders and the youngest of their children demonstrate. 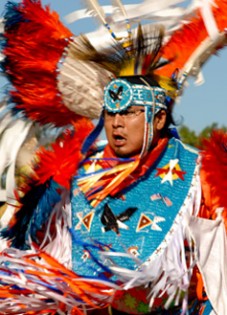 Sadly, this practice reflects the unfortunate evolution of existing treaties with the Crow in American history. Although U.S. representatives throughout the institution of the reservation process continuously asserted that they wished to “civilize” the Crow people, a history of alliances between both groups against other Native American tribes helped secure more independence for the Crow people. Nonetheless, as Congress passed legislation mandating boarding schools for native tribes, the Crow could do nothing but submit to the cultural suppression and survive.

Linguistically, Apsáalooke is a member of the Siouan branch of the Siouan-Catawban language family, and resides alongside Hidatsa in the Missouri River Siouan subcategory. The larger language family contains many of the different language families of the Great Plains, and Crow itself shares a number of lexical similarities with other members of this group.

In addition to the above syllabary, accent and length in Apsáalooke are phonemic. Thus, every single word in the Crow language must have an accent to be a word, and changing the syllable one accents completely changes the meaning of any specific word. These accents are marked in every written Apsáalooke word, as evidenced by the accent above the second a in the name of the language itself. Similarly, how long one takes to pronounce certain vowels also changes the meaning of words in the language.

In Apsáalooke, one applies prefixes to verbs to create tenses and pronouns. A basic introduction to this verb system is offered below.

Despite the numerous threats which restrict and constrain Apsáalooke’s potential for survival, there are currently many dedicated organizations attempting to preserve the Crow language for future generations.

Perhaps the greatest resource is the Crow Nation itself, which employs a number of techniques to encourage the continuation of the language. The establishment of Little Big Horn Community College on the reservation, which offers full courses in Apsáalooke, is one critical element of the language’s revival, in addition to the increased use of the language in elementary classrooms within the reservation.

In addition, the Crow Nation is partnered with such organizations as “Our Mother Tongues,” a program which actively promotes the use of North America’s native languages and funds conservation efforts. Moreover, Crow’s relationship with other native languages is a source of an increasing number of studies among scholars and linguists, who promote the language simply by spreading knowledge of its existence and its importance in North American history.

At this point, nearly 85% of the Crow Nation’s 11,000 members speak Apsáalooke as their first language, although fluency can be difficult to maintain when bilingualism in English is nearly a requirement for success outside of the reservation’s borders. Furthermore, some elders worry that the influence of boarding school restrictions unnecessarily simplified the language, negatively influencing Apsáalooke as the language incorporated English colloquialisms and ways of thinking into its structures. Nonetheless, despite the pressures of the English-speaking community around them and the long lasting effects of the United States’ attempts to suppress their cultural identity, the Crow are striding forward into the future with hope for their language and their traditions.