What does it mean to be an endangered and possibly extinct language? Is there a way that a language can be saved or brought back to life? 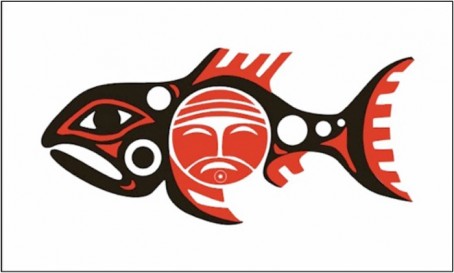 Who are the Chinook Indians?

Distribution of the Chinook Indian Tribes in Oregon and Washingtion.

The Chinook Indians historically lived along the Columbia River. specializing in fishing and hunting, they commonly traded with other tribes and explorers Explore more on your own here.

Also known for their longhouses often made of cedar. Often an entire family would live in one of these longhouses! Learn more about longhouses here and  here. 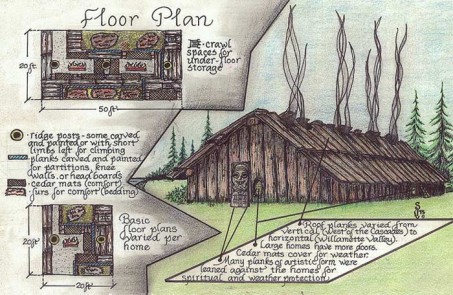 However, they are probably best know for meeting with the Lewis and Clark expedition in October of 1805.

Lewis wrote in his journal: “These people the chinooks… have been very friendly to us; they appear to be a mild and inoffensive people…” (read more about it here).

There was also a social hierarchy aspect to the Chinook tribes. Often individuals who were higher up in the social hierarchy would have “flattened” heads, denoting their free status. Chinook people lacking a flattened head would have been considered slaves. Read more about it here. 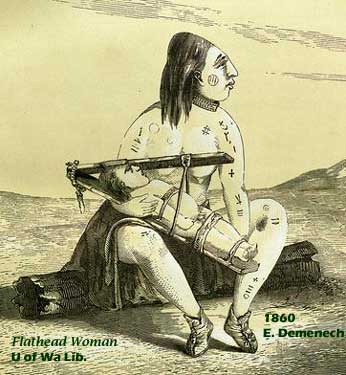 How heads of individuals higher up in the Chinook Tribe social hierarchy flattened their children's heads.

Why look at their language?

Once a fairly common language chinook morphed into a “jargon” or trading language.

Part of the Penutian language family (given to some Native American languages), the Chinook language was actually split into two dialects, “Upper” and “Lower/Costal” Chinook. “Lower” or “Costal” Chinook was the language of the people at the mouth of the Columbia River, where the Lewis and Clark expedition would have spent more time with the Chinook people. However, this language hasn’t been spoken since the early 20th century (last believed speakers died in 1930), an few records of the language exist (read more here).

Is it still around today?

Reading of the common children’s tale Three Bears in both Chinook Jargon and English.

While it is not commonly spoken, there are still a few speakers left. Some people in Portland, Oregon (a large city that would have fallen within Chinook territories), meet up and try to teach each other the Chinook Jargon language through speaking it and games.

Could we have prevented its loss?

Unfortunately with the introduction of european diseases and subsequent loss of native american populations, I am not sure either the Chinook language or Chinook Jargon language would have been able to survive and be a common language in America today.

Through groups like the one in Portland, Oregon and others attempting to learn more about this specific language and other highly endangered languages we may stop them from never being spoken again. (If you’re interested in the group from Portland, Oregon I have linked them here).

Take the time to learn about endangered or extinct languages in your area!