Notes from Abroad: Cindy in France 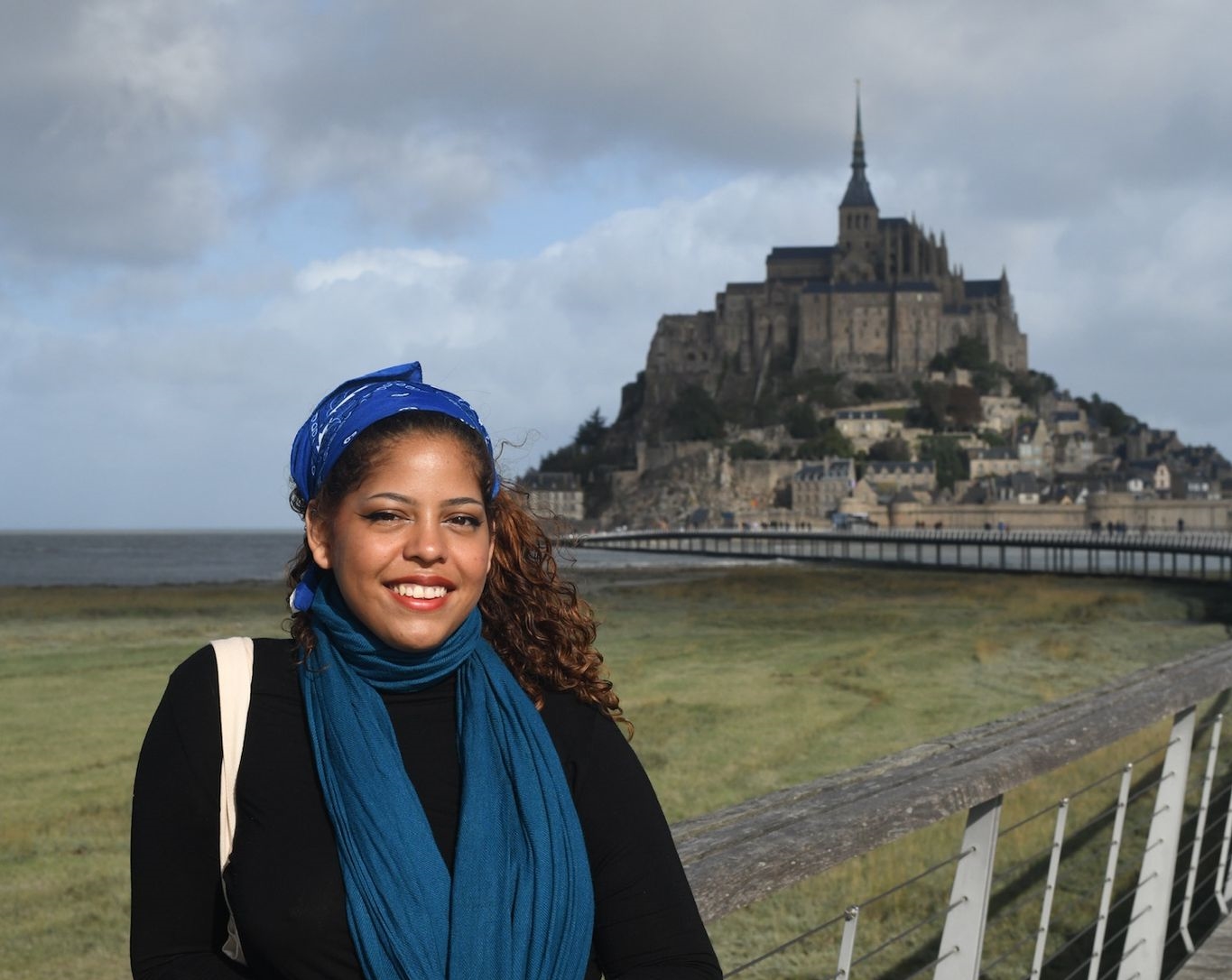 Cindy Landaeta Farias '24, a double major in Philosophy and International Relations with a minor in French, is studying abroad at Institut d'Etudes Politiques de Rennes in France.

My time in France has been an incredible journey so far. As I reach the end of my first semester here, I am able to reflect on the rollercoaster this experience has been. It is not uncommon that I had some problems adapting at first; I had certain cultural shocks as I had never experienced french culture so closely before. However, as time has passed, I have learned to integrate and love this experience. I’ve had the opportunity to learn about international relations from a European perspective, while at the same time rapidly improving my french, as all my classes are taught in this language. This has also helped me better connect with french students and other people from the city. Rennes is a beautiful student city in the heart of Britanny, and it has been very interesting to experience this mix of French and Celtic culture. Additionally, I’ve had the opportunity to visit other major cities in France such as Paris and Strasbourg, and I was delighted with the uniqueness of each french region. Paris is a melting pot in itself, and Strasbourg is the prime example of a European capital as a bordering city: everything is a mix of French and German culture.

As time goes by I get much more comfortable with the environment and the people that surround me. Even though it was hard to be alone at first, I am very glad I took this opportunity and that I also chose to stay a full year, as I feel that by the end of the experience I will be able to look back at a wonderful trail of memories made in the beautiful north-west of France.

Cindy outside the famous Moulin Rouge: 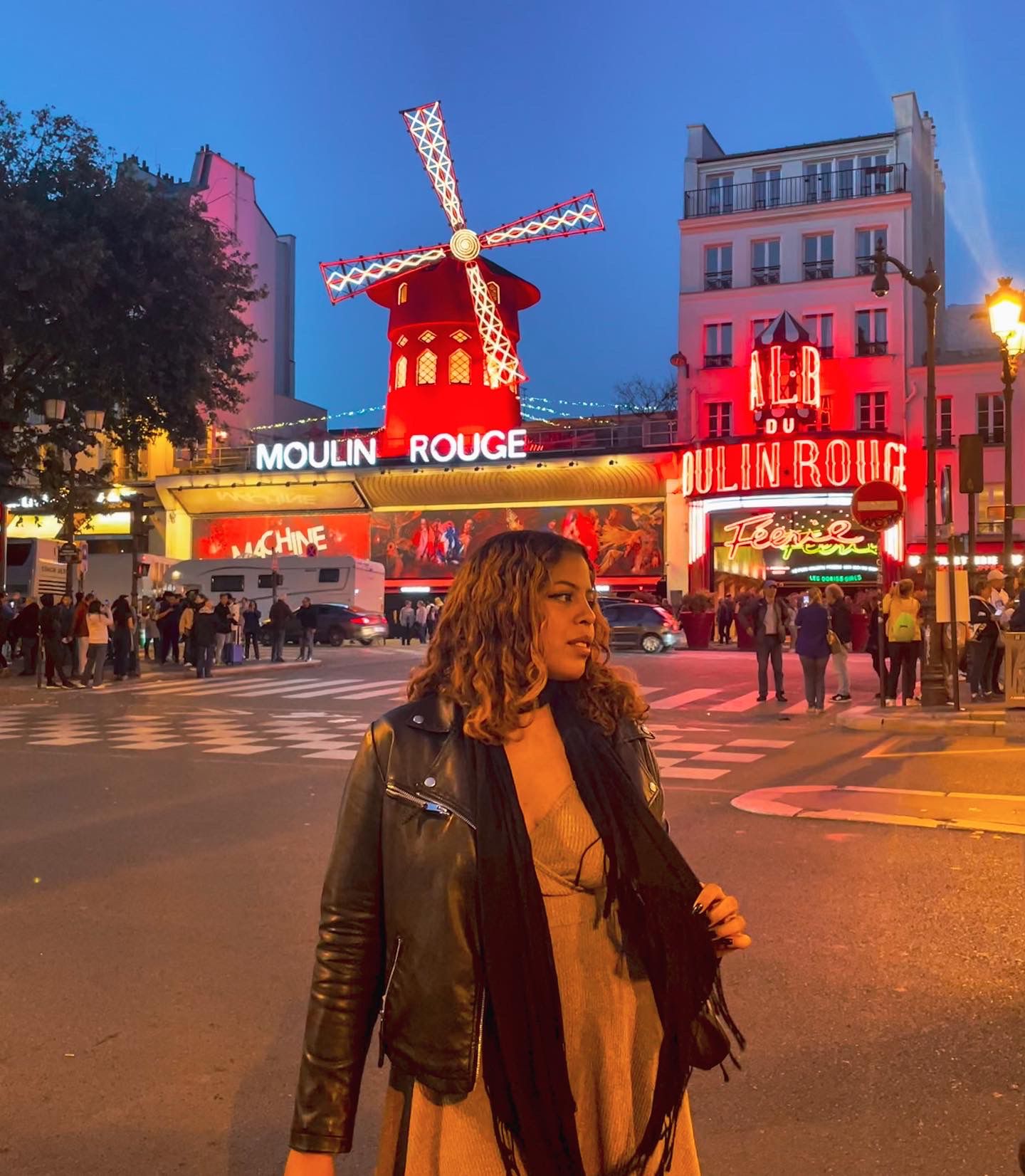