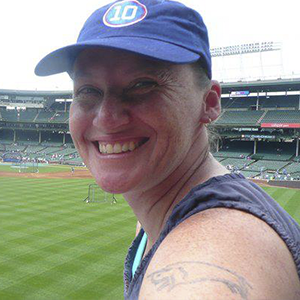 From Adulthood to Adulting
Built from over 900 interviews, an archive popular commentary on adulthood in the 20th and 21st centuries, and a review of literature in multiple disciplines, From Adulthood to Adulting describes the evolution of the U.S. life course over the past 150 years. From this historical and cultural context, it becomes clear that the experiences of young Americans in the 21st century are adaptive responses to the changing conditions of American life, and rather than experiencing an erosion of adulthood, the U.S. is providing many more of its citizens with the opportunity to be regarded as fully adult.

Beyond the Political Divide: Americans in their Own Words
Using the work of Studs Terkel as a model, this project collects oral histories from Americans across the political spectrum, seeking to engage them in discussions that avoid political jargon and talking points around questions of work, family, charity, and civic engagement, among others. The goal of these interviews is to assemble a portrait of the ways in which Americans continue to share many values, enabling people to see past polarizing rhetoric and find common ground with people who they might otherwise perceive as “the enemy.” The end product will be a book in the Studs Terkel vein with one important difference: the political affiliations of each interviewee will only be available in the appendix. This will allow readers to connect with interviewees without a preconceived notion of who they are.

Wrigley Regulars: Finding Community in the Bleachers
Set in the bleachers of Wrigley Field in Chicago, this ethnographic monograph considers the daily practices that allow people to constitute themselves as a community.  Rather than follow the current trend of quantitatively arguing the fate of community in the 21st century United States, I am working from the premise that humans find ways to craft a feeling of community under almost any conditions.  The question we need to answer are what conditions and behaviors help create and sustain that feeling.  Using the self-described community of bleacher regulars as a case study, I am seeking to answer this question. The book, published by the University of Illinois Press in 2010, is currently available through on-line retailers.

Succeed Anyway: Life and Lessons in American High Schools
Based on ethnographic and archival research, this dissertation studies the way that American philosophies of liberal democracy become encoded into the everyday social life of adolescents, shaping and limiting the ways in which American teenagers understand their life experiences.  From this base, it considers how education as practiced in the United States has operated and continues to operate as an adaptive system for social continuity and change.
Committee:  John L. Comaroff (chair), John Kelly, Susan Gal

2019 (under review) - From Adulthood to Adulting. Cornell University Press.

2018 - “Murderbot Pronouns: A Snapshot of Changing Gender Conventions in the United States.” Queer Studies in Media and Popular Culture 3(3): 271-298.

2011 (manuscript) - “The U.S. and the People Without Culture: A Call for Anthropological Engagement with American Coming-of-Age Studies.”

2009 (with Linda Horwitz) - “Why are All the Presidents Men? A Feminist Critique of the West Wing.” in You’ve Come a Long Way, Baby: Women, Politics and Popular Culture. Ed. Lilly Goren. Lexington: University of Kentucky Press. pp 115-135.

2007 - “Champions of a Lost Cause.” (written by Kathleen McGowan). Psychology Today. March/April.

2014 - (with Linda Horwitz) “Balancing Acknowledging and Distancing the Past: Opening the Vaults Wonders of the 1893 World’s Fair and the Field Museum of Natural History.” The National Communication Association Annual Meeting. November 21, Chicago, IL.

Llewellyn John and Harriet Manchester Quantrell Award for Excellence in Undergraduate Teaching, The University of Chicago, 2005.

Katharine Graham Fellowship Society of Fellows at The University of Chicago, 2004.

Harper Fellowship Society of Fellows at The University of Chicago, 2003.

Doolittle Fellowship, The University of Chicago, 2003.

Dissertation Teaching and Research Fellowship, The University of Chicago, The Division of the Social Sciences, 2002.

2003-2006 - Collegiate Assistant Professor in the Social Sciences Collegiate Division, The University of Chicago

2007-present - Archival research and popular culture analysis on sports and the political process in the U.S. (in collaboration with Linda Horwitz)

2007-2010 - Preliminary research toward team ethnographic procedures for project on the social definition of adulthood in the U.S.