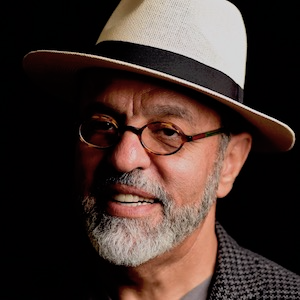 Bird Award for Intellectual Contributions to the Campus Community at Lake Forest College, 1999

United Nations Development Program award of teaching under the auspices of Transfer of Knowledge Through Expatriate Nationals (TOKTEN Phase II) Plan for five weeks in Iran, 1993

Ph.D. Program Scholarship in Sociology Awarded by Farabi University. Teheran, for Advanced Study in Sociology at the New School for Social Research, 1978–81

Max Weber’s Sociology of Intellectuals, New York: Oxford University Press, 1992. Selected as one of the “outstanding academic books” of 1993 by Choice Magazine, January 1994. * Paperback edition, 1994.  This book is translated into Korean and Persian, by Mohsen Abniki, Tehran: Kavir Press, 2007.

Apocalypse Tomorrow and other Essays: Investigations in Sociologies of Religion and Politics, Translated to Persian by Amirhossein Teymoori, Kavir Press, Tehran, March, 2007.

The Necessity of Reviving The Concept of Civilization in Social Sciences, Tehran: Hermes and Center for the Dialogue of Civilizations, 2001. This book is in Persian.

What is a Vote Worth In Iran?  Published in Arabic, Hebrew, Urdu, French and Indonesian in Common Ground News Service, April 29, 2008. This article was also picked up by in Turkish Daily News on May 4, 2008 and Daily Star of Lebanon, May 5, 2008.

Islam and Dialogue of Civilizations, Journal of Globalization for Common Good, 200.

Varieties of Religious Reform in Iran, Politics, Culture and Society, Winter 2001, Volume 15, Number 2.   The above article was reprinted in: Iran between Tradition and Modernity, (Landham: Rowman & Littlefield Publishing, February 2004.)

“Doppleganger: Twins’ Disruption of the Assumptions of Constancy and Uniqueness of Self in Everyday Life,” Symbolic Interaction, Summer 1994, Volume 17, Number 2, Co-author: Mahmoud Sadri.

“Adjusting to the World According to Salman Rushdie,” in: The Subversive Imagination: Artists, Society, and Social Responsibility, ed. Carol Becker (New York: Routledge, 1994).

“Max Weber and the Southwest German School: Remarks on the Genesis of the Concept of the Historical Individual,” Politics, Culture and Society, Vol.1, No.1, Fall 1987.

“The Mantle of the Prophet: A Critical Postscript,” State, Culture and Society, Vol.1, No.3, Spring, 1985. Co-author: Mahmoud Sadri.

“Max Weber’s Sociology of Religion as a Sociology of Intellectuals,” State, Culture and Society, Vol.1, No.2, Winter 1985.

Discussed the movie Half Moon for Iranian Film Festival premier, October 6th 2007.
Delivered a review of the movie 300 for the nationally broadcast “All Things Considered” on April 14th, 2007 http://www.npr.org/templates/story/story.php?storyId=9587471

Interviewed by BBC, program Ticket to respond to the views of Zack Snyder, director of the movie 300.

Featured on WTTW documentary for Arts in Illinois for my translation of Saddam City
http://interactive.wttw.com/a/main.taf-erube_fh=wttw&wttw.submit.viewArtsStory=true&wttw.id=saeed_mahmoud.html

I was interviewed by International French Radio on October 8, 2004, on the terrorist operations in Egypt.

I had an interview with WILL AM radio, an NPR affiliate in Urbana-Champaign on Wed., August 18th  2004.

I was interviewed live on Alajzeerah TV show “From Washington” on August 19th 2004.

Participant in a round table at Voice of America where the topic was The Legacy of the Islamic Republic after 25 years, Thursday February 19, 2004.

Invited guest of Voice of America TV program, “On the Line” roundtable about Human Rights in Iran.  July 25, 2003.

Invited guest of BBC, Roundtable on resignation of the parliamentarians, May 12th 2003.

Invited member of the panel, Graham School of the University of Chicago and Sister Cities International: Politics, Diplomacy and the Press, November 17th 2003.

Invited speaker at the Wesleyan University of Ohio on American Islam:  Promise or Epithet? March 6th, 2003.

Invited commentator in the International Conference “Hierarchy and Power in the History of Civilizations, organized by Institute of Oriental Studies, Russian Academy of Sciences. July 4-7, 2001. The daylong panel was dedicated to examining my theory of civilizational imagination proposed in my 1998 article.

Invited to deliver a lecture at College of Lake County, June 18th, 2002.

Invited to deliver the Annual Yale Maria Lecture at the University of New Hampshire. March 6th, 2002.

Invited to deliver a lecture at the College of Lake County entitled:  Provenance of the idea of terrorism in the Middle East, October 10th, 2001.

Invited speaker at Cultural Connections in Winnetka entitled From Ancient Persia to Evolving Republic. On April 15, 2000.

Invited speaker at the international conference entitled:  “The Artist in Society:  Rights, Roles, and Responsibilities, October 1994, School of the Art Museum of Chicago, Sponsored by The John D. and Catherine T. MacArthur Foundation and The Art Institute of Chicago. October 13-15, 1994.

Invited speaker at “Faithworks Seminar” sponsored by the National Council of Churches at Purdue University, July 1994.

Invited speaker at the Bielefeld University Seminar on Sociology of Development, January 1993.

Invited speaker at an interfaith round table sponsored by the Church of the United Nations, the Temple of Understanding, October 1990.

Deciphering the Meaning of Revealed Law: The Sorushian Paradigm in Shi`i Epistemology, International Journal of Middle Eastern Studies, Volume 36, 2004, pp. 333-34.  This review is available on line at: http://www.drsoroush.com/English/On_DrSoroush/E-CMO-20040900-Book_Review_By_Ahmad_Sadri.html. The above review was translated into Persian and published at Shargh newspaper in Iran on January 2, 2005

Editorial Columns and their Internet reprints

The Conquest of Iraq and Democracy in Iran, Daily Star, April 2, 2003

Daily Star Article: To Resign or not to Resign? June, 15, 2003
Also in Iranian: http://www.iranian.com/AhmadSadri/2003/June/Resign/index.html

Daily Star Article: Khatami Lost His Nerve but there is Still Work to be Done, July 30, 2003
Also in Iranian: http://www.iranian.com/AhmadSadri/2003/August/Khatami/
Also in Iran-Press: http://www.iran-press-service.com/articles_2003/Aug-2003/khatamis_future_5803.htm

Daily Star Article: A Killing Iran Might Not Be Able to Shake: September 10, 2003

Daily Star Article: A Death in Mashad Where Heroin is Cheaper than Cigarettes” October 7, 2003
Also in Iranian: http://www.iranian.com/Features/2003/October/Drugs/

On the Mohammad cartoons fiasco, January 20, 2006
Playing into radical hands

Me, You, Tree and Rain
http://www.iranian.com/Arts//2005/August/Shamloo/index.html

Who Lost the World
http://www.iranian.com/AhmadSadri/2002/September/911/index.html

Echoes of Kierkegaard and Locke
http://www.iranian.com/BTW/Oct97/Sadri/index.html

Another Look at Rushdie
http://www.iranian.com/July96/Opinion/Rushdie/Rushdie.html

On the Occasion of Pope’s Visit to the United States, Etemade Melli, May 4, 2008

Flowers of Democracy and its Thorns, Baran site

Critique of Irresponsible Expressions of the Leaders of Islamic Republic, Etemade Melli, October 30, 2007

Reason, Violence and Religion According to the Pope: Etemade Melli, August 4th, 2007

A Chapter from Sociology of Intellectual, Etemade Melli, June, 15, 2007

Variety is the Spice of Life, Shargh, August 1st, 2006
Also at: Tanavo namake zendegist Variety if the salt of life, August 6, 2006

Fundamentalism in Iran and US

The Penury of the Concept of Clash of Civilizations, Year One, Number 32, October 4th, 2003.

Who Lost the World, Aftaab Number 19 September 2002.  Translated from English by  Amirhossein Teymouri.

The Making of Foreign Policy in the United States, Round Table Discussion, The Middle East Studies Quarterly, Volume 5, Number 3 & 4, Fall, 1998.

“Huntington’s Apparition of Clashing Civilizations,” in: Huntington and his critiques, Tehran: Institute for Research in Foreign Policy, 1995.

“An Introduction to Intellectuals,” Kian, July 1993.

“Round table discussions about Ideology and citizenship,” Hamshahri, March 1993.

“Round table discussions about intellectuals and development,” Hamshahri, April 1993.

“Alienation and the Sociology of Leisure,” Teheran college of Educators Press.

“The Intellectuals, “Azarakhsh, The Faculty of Economics Journal, University of Teheran, 1974.