As a historical archaeologist with research interests in the 19th- and 20th-century urban United States, I explore the relationship between temporality and modernity, memory and material culture, tourism, and nostalgic consumption through archaeological and archival research. My dissertation, “The Vanishing City: Time, Tourism, and the Archaeology of Event at Chicago’s 1893 World’s Columbian Exposition,” was based on an archaeological and archival project focusing on the ephemeral “White City” and Midway Plaisance of the 1893 Chicago Fair. I have directed further archaeological projects in Chicago, including excavations at the Louis Sullivan-designed Charnley-Persky House (2010, 2015), the Haymarket Martyrs’ Monument (2016), the Gray-Cloud House (2018), and Mecca Flats (2018). 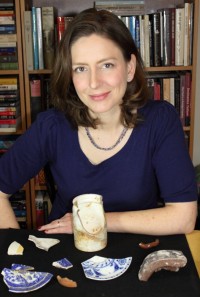