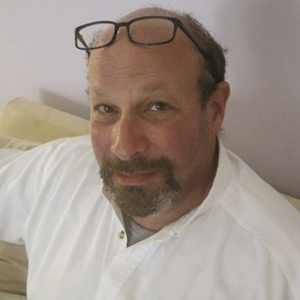 Edited with Ioana Cornea ’16, Two Short Plays by Kenneth Sawyer Goodman: The Wonder Hat and Back of the Yards. Lake Forest College Press, 2016.

“The Vietnam War: A Very Short History” in Approaches to Teaching the Work of Tim O’Brien. New York: Modern Language Association, 2010. Purchase the book on Amazon.com

“National Prose Month” and " Zen and the Music of Earth Wind and Fire," The Elevation Review, Spring 2022.

“General Longstreet Constrained by the Economy of the Reconstruction,”  The Nasiona, September 22, 2018 (with Mark Luebbers).

“John Quinn Pays Court to the Shade of William Morris through his daughter, May,”  Quail Bell Magazine, August 2018.

“Bill Evans Solos Alone,” “Bill Evans is Arrested for Heroin Possession at JFK,” and “After the Death of Scott LaFaro” in  They Said: A Multi-Genre Anthology of Contemporary Collaborative Writing, eds. Muench and Rader, Black Lawrence Press, 2018 (with Mark Luebbers).

“In The Hebrew Cemetery of Sheboygan” in the  Mizmor Ha David annual of  Poetica Magazine, January 2018 .

“On the Persistence of the Self ” and “ On a Church Steeple in Scaffolding,”  Triggerfish Critical Review, 19, January 2018.

“ Leiber and Stoller Experience the 1960s as Heraclitean Flux,”  The Bookends Review, October 2017.

“ On a Photograph of Allen Ginsberg Committing an Act of Civil Disobedience, 1978,”  The Museum of Americana, Spring 2017.

“ Ho Chi Minh Orders Hundreds of Coffins Built for the Guerillas of the Tet Offensive, and Thinks About the Dead,”  Misfit Magazine, Issue 5, Late Summer 2013.