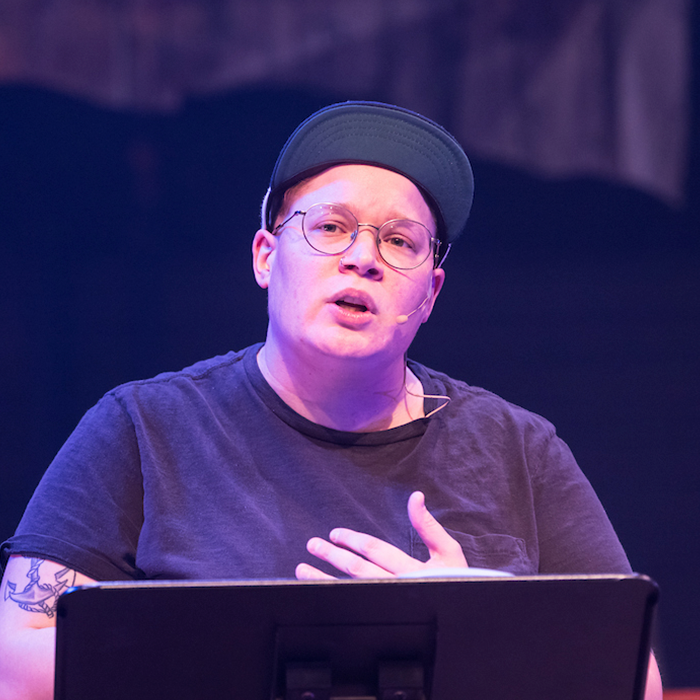 What was one of the meaningful experiences you had at Lake Forest?

One of the most meaningful things about going to Lake Forest for me was the size and how that allowed me to really connect one-on-one with individuals in a way that I don't think I would have been able to if I'd have been in a larger setting. The friendships that I made and the community that I made was of a size that felt really manageable and special. Those connections meant a great deal more to me and have lasted over the course of several years just because of that smaller size. The individual attention you can give each other when you're learning about one another and becoming really good friends, and eventually family, is special, and I hold those people really dear. I don't know if I would have had the same experience if I had gone to a larger school, so it's very meaningful for me then and now.

What was one student organization that had a big impact on your time at Lake Forest?

The student organization that I was a part of that had the biggest impact on me at Lake Forest was the Garrick Players. This is the student-run theater group on campus. It had an impact for lots of different reasons, but I think the thing about it that prepared me the best for leaving school is that it was student-led. Up to that point, I had not been a part of something that was youth-led. We had 19-year-olds on the board, and we had young people making the costumes, directing the shows, and putting everything up ourselves. That's not something you get a lot of, frankly, when you're that age. The opportunity to be 18 and go to college and jump right in and not have to wait for a department head to tell me I was good enough to do something, but rather be able to dive right in and have what I love to do be validated right away through my peers was really, really special. As I've worked with college students in my career post Lake Forest, I understand now how rare that opportunity actually is in college settings.

I chose Lake Forest because of the size, and I didn't realize that college could be like that. I had an idea of college, as you know, what you see in the movies, these enormous universities where you're in this huge lecture hall and there's a teaching assistant teaching the class and frats. I didn't have a model or something shown to me otherwise. I was at a college fair and Lake Forest had a table and nobody was at it, so I went over there actually just to and give the counselor some grief for not having anyone there, and that's how I was introduced to the school. He started talking to me about Lake Forest and what it was, and I had never heard anything like it and ended up going to visit and immediately fell in love with the environment, the idea of small class sizes, the smaller campus, and everything about it. It was absolutely by chance that I stumbled across it, and I'm really, really grateful that I did because it absolutely was the catalyst for all of the change in my life from that point forward.

How did your time at Lake Forest shape you are the person you are today?

I think my time at Lake Forest has shaped me into the person I am today and that while I was there, you really do get the opportunity to meet and be in a deep community with people who are not like you. I think a lot of people come into Lake Forest from certain communities that can be a little more homogenous. Lake Forest really forces you out of those places and into an environment where you are meeting and conversing and collaborating with and learning alongside people who don't necessarily reflect yourself back, which is huge and was huge for me as a theater artist, as a queer person, and as an activist. It’s still huge for me now as somebody who moves in and through communities and knowing how to be with, or at least have a better understanding and comfort level with, enormous groups of people who do not look like you, which is very important.

Advice or wisdom you would give to your younger self starting at Lake Forest?

The advice to my younger self or any sort of younger person coming into Lake Forest is to really not have very many expectations about what it is going to be like. I think that when we have expectations about big decisions, like what school you're going to go to or what those next four years are going to be like, they're always going to get smashed anyway. Go into it knowing that it’s not going to be like what you think it's going to be and embrace that if things feel uncomfortable, lean into those things. This is an opportunity to be pulled into different directions and force yourself to do things that you maybe never thought you'd be able to do or would be doing. Don’t shy away from the weirdness of it. Don't shy away from the intensity of it. Don't shy away from the opportunities that are there. Be present in the community with folks, attend lectures and concerts, and take advantage of the city, too, because it's an incredible resource that's right there and sets the college apart from a lot of other smaller universities in and around that area.

What do you believe is special about the theater department at Lake Forest?

The theater department at Lake Forest is really special because it lets you dip your toes into lots of different areas of theater. If you want to come into Lake Forest and you want to be a researcher or you're really interested in theatrical theory, theater history, or performance costuming, the department is going to find a way to make this experience the best it can be for you. As you move through your time there as well, if you start to develop other interests in theater, maybe performance art or maybe it's acrobatics or maybe it's different things, the department is never going to come to you and say that's an impossibility. The professor is going to be where you are and say, cool, I want to support that. I came into the department really having one understanding of what theater was and that was Shakespeare. I almost immediately understood after my first week that there was this enormous world of other things you could do that I had never considered before because they had never been shown to me. Devising theater, creating your own theater with an ensemble, queer theater, and theater specific to activism routes are among the many new things I learned. These discoveries ended up becoming very much a part of my career and my own artistry and never would have felt possible or supported if not for my time at Lake Forest.