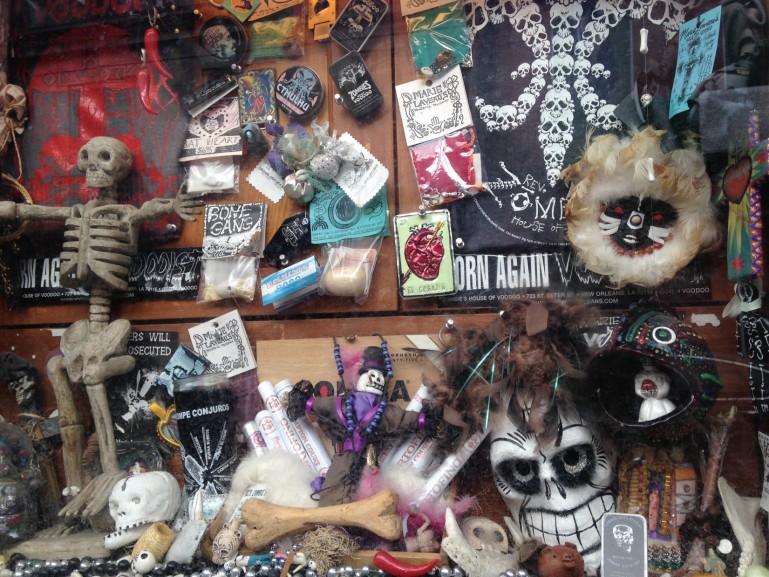 Voodoo has become a staple part of New Orleans’s culture.  The French Quarter is immersed with relics of voodoo.  There is anything from voodoo shops, palm readers on the streets, or ads announcing the next voodoo festival, the people of New Orleans are constantly reminded of the secret, mysterious, and wicked culture of voodoo.

Through the slave culture voodoo began to increase in familiarly and popularity throughout New Orleans.  The shores of Lake Ponchartrain became one of the most famous sights of voodoo culture. Huge ceremonies took places, where hundreds of slaves and freed slaves would show up. 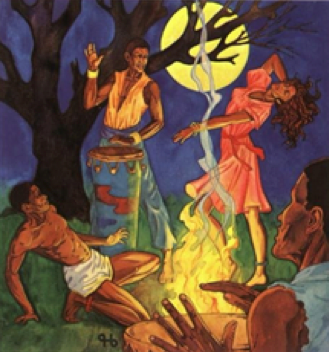 For each ceremony there was a designated Voodoo Queen.  This women would be in charge of the ceremony, rituals, and dances. The most famous voodoo queen in New Orleans was Marie Laveau.

In his book, Voodoo in New Orleans, Robert Tallant documents a voodoo ceremony, “Near the spot where Bayou Tchoupitoulas met Lake Pontchartrain, about three hundred people, including Marie Laveau, the Voodoo Queen, had set up a cauldron. Into it were placed water, black pepper, a snake cut into three pieces, a cat whose throat Marie Laveau personally slit, and a live black rooster. All the while, singing and chanting filled the air. Then everyone disrobed while Marie Laveau put powders into the pot and conducted secret rites. At twelve o’clock all hands raced into the lake. Later there was more singing, dancing, eating, drinking and “recreation” in the bushes. The ceremony closed with a sermon by Marie Laveau and a prayer of benediction” (381). 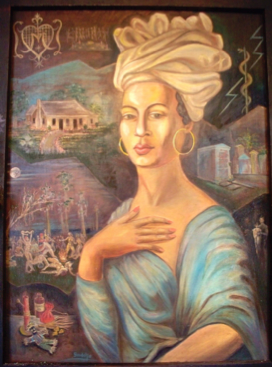 Marie Laveau changed the voodoo culture and religion in multiple different ways.  One way she changed the culture was incorporating the Catholic church into voodoo, she did this because during her reigning era as the prominent Voodoo Queen she was still a practicing Catholic. 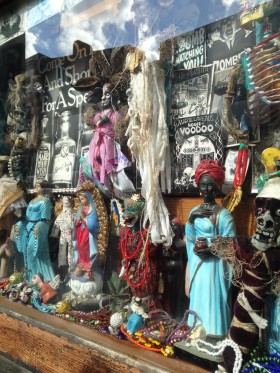 The practice of voodoo has become imbedded in New Orleans’s history and culture; it still is very influential in the city.  Many places around town incorporate voodoo into their businesses. The city has many tourist attractions, there are tours, museums, shops, and temples. The French Quarter is embracing their historical culture, which has turned out to be quite successful.

How is voodoo connected to the environment?

The environment has helped shape the voodoo culture in New Orleans.  Voodoo was brought to America through the New Orleans’s Harbor, where it found a city to become established. The Mississippi River played a large role in spreading voodoo. If the transportation up the Mississippi River had not been made possible, the spread of voodoo would not have been as successful. The religion and culture could be carried around the country using America’s waterways.

Another way the environment plays a role in voodoo is through the use of herbs and plants.  Voodoo healers became so popular because they were able to provide the community with cheap cures. Plants and herbs are also used in voodoo ceremonies and used to make products sold in voodoo stores, such as gris gris.