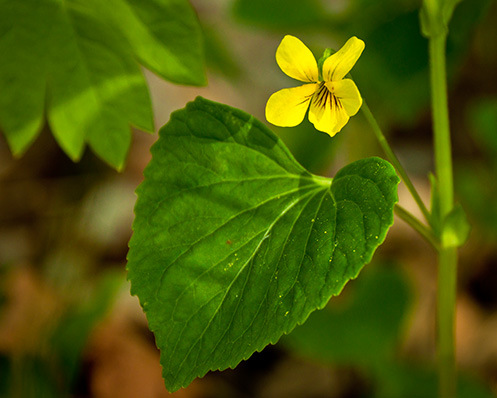 The viola pubescens is notoriously characterized by the thin brownish vein-like lines running from the inside to the outer parts its lower petals. Another of its defining characteristics is the shape of its leaves which closely resemble that of a heart.

The viola pubescens, or the Downy Yellow Violet is also known as the Smooth Yellow Violet. It grows in height between 0.5 and 1 feet and spreads 0.5 to 1 feet. It is a herbaceous perennial plant that blooms from March to May. 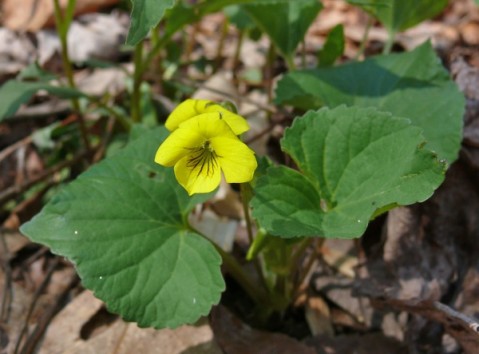 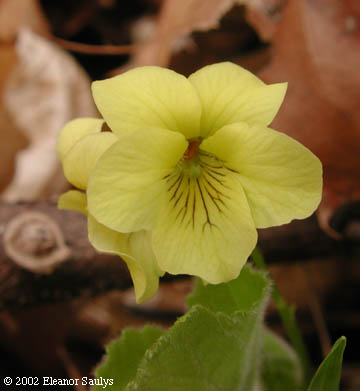 Leaf: The leaves are simple and their margins are crenate-serrate. While they may be both basal or cauline, the leaves of the viola pubescens are alternate and range in numbers from one to five. They are easily recognizable by the shape of the leaf blade, analogous to that of a heart, with clearly visible veins. The leaves typically grow around three inches wide and two and a half inches long. They have coarse teeth and uneven edges. Similarly, their surface is medium green and usually pubescent, as the scientific name infers. They are often covered in soft velvety hairs, though they may also be glabrous. The leaves are alternate, though rarely opposite, and simple; the stipules are leafy.

Flower:  The flower is composed of five yellow petals of which the lower one is marked by several purple or brownish lines, five acute sepals, five stamens and a single pistil with a superior ovary. The flowers are found on the stalk (peduncles). On average, the flower of the viola pubescens is measured at three quarters of an inch across. The flowers bloom in late May to early June.

Fruit: Fruits mature around mid summer. They are an oval capsule and range from five to twelve millimeters in size. The seeds are a brownish to white pale color.

Viola pubescens is among 800 species belonging to the violaceae family. It is ubiquitous all throughout central and northern Illinois. It is native to Eastern North America. Its range extends from Wyoming in the West to Washington D.C, its eastern edge and  from Texas in the South, up North to Saskatchewan and Ontario. It spreads over seven provinces in Canada and 38 states in the United States. The Downy Yellow Violet is most prevalent in the eastern and northeastern regions of the United States, and the southwest of Canada.

Climate: The climate in this geographic range is temperate humid. The summers are hot and the winters intensely cold. Average temperatures within the geographic range of the Downy Yellow Violet have average January temperatures of 0° F to 50° F and average July temperatures between 60° F and 80° F. Maximum temperatures in the summer range from 90° F to 100° F, while minimum temperatures in the winter vary from -40° F to 20° F. On average, rainfall is registered between 20 and 50 inches. It is most frequent during the spring and summer. This is key to the subsistance of the viola pubescens as it develops in habitats that are faintly moist to moderately wet. The preference is partial sun to light shade. Its natural habitat include meadows, low woods, sandy woodlands and woodlands. 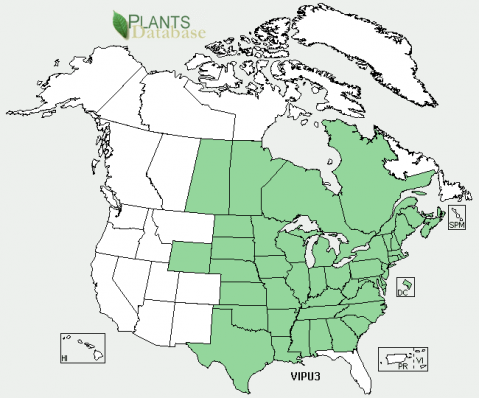 The flowers are cross-pollinated primarily by bees. The nectar and pollen attract a wide diversity of bees. It also serves as an attraction to flies and butterflies who feed on the pollen and foliage. The seeds are eaten by various birds such as the Slate-Colored Junco, the Ruffed Grouse, the Bobwhite, the Wild Turkey, and the Mourning Dove. The leaves and stems are eaten by the Cottontail Rabbit, Eastern Chipmunk, and the Wood Turtle. Human use of the Downy Yellow Violent is essentially based on an ornamental function. The bright yellow petals of the flower possess great aesthetic value, hence its use in ornamental gardens. 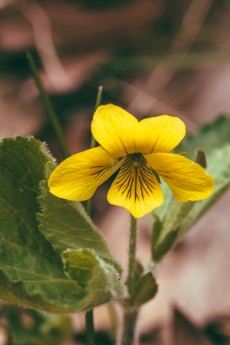 3. Relationship with other species 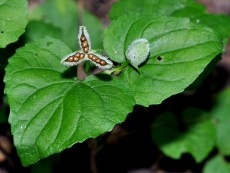