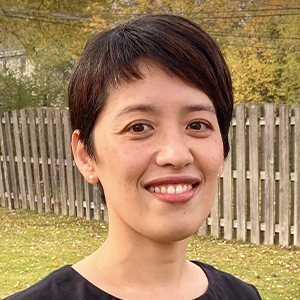 Lecturer in Anthropology and Religion

n.d.
“Spirited Ecology at the End of the World”

2014   Political Potentials of the Networked Bodies in the Era of Niconico Douga.
Medicine, Science, and Technology: Conversations Between Anthropology
and the Human Sciences, Global Center for Advanced Research,
Keio University, Tokyo, Japan. July 12, 2014

2013   Questions of Media-Literacy circa 2012: A Case of Newly-Configured
OnomatopoeticReading/Writing. The Center for Writing Studies at
University of Illinois, Urbana-Champaign. March 28, 2013

2013   Material Components of Wahonand the Embodiment of Knowledge.
Department of Anthropology, University of Chicago, Chicago. February 14, 2013

2010      Questions of bungaku (literature) in the Digital Era.
The Nineteenth Meeting of the Association of Japanese Literary Studies,
Yale University, New Haven. October 15–17, 2010