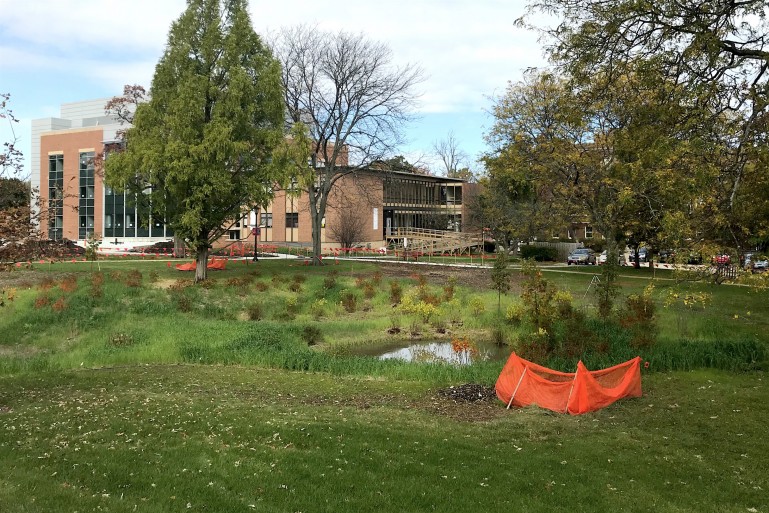 The 2017-2018 expansion of the science center is expected to create new issues of stormwater runoff. To prevent this, the City of Lake Forest required the college to install a new stormwater detention facility on Middle Campus and, after some debate, the college decided against building a conventional detention pond. Instead, they hired local landscape architect Cliff Miller to design a wetland area called the Wetland Learning Lab which will function as both a stormwater detention facility and a place for experimentation and education.

Work began on the Wetland Learning Lab in the summer of 2017 when a half-acre bowl was dug in the lawn between the library and the science center. It was dug in such a way that three separate ponds, instead of one large one, fill up with stormwater runoff from the Lillard Science Center. 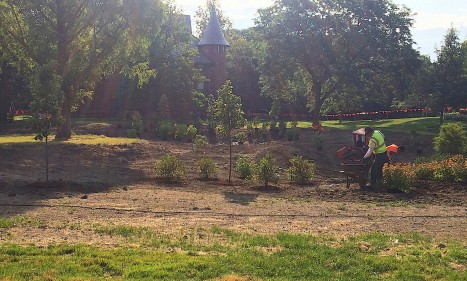