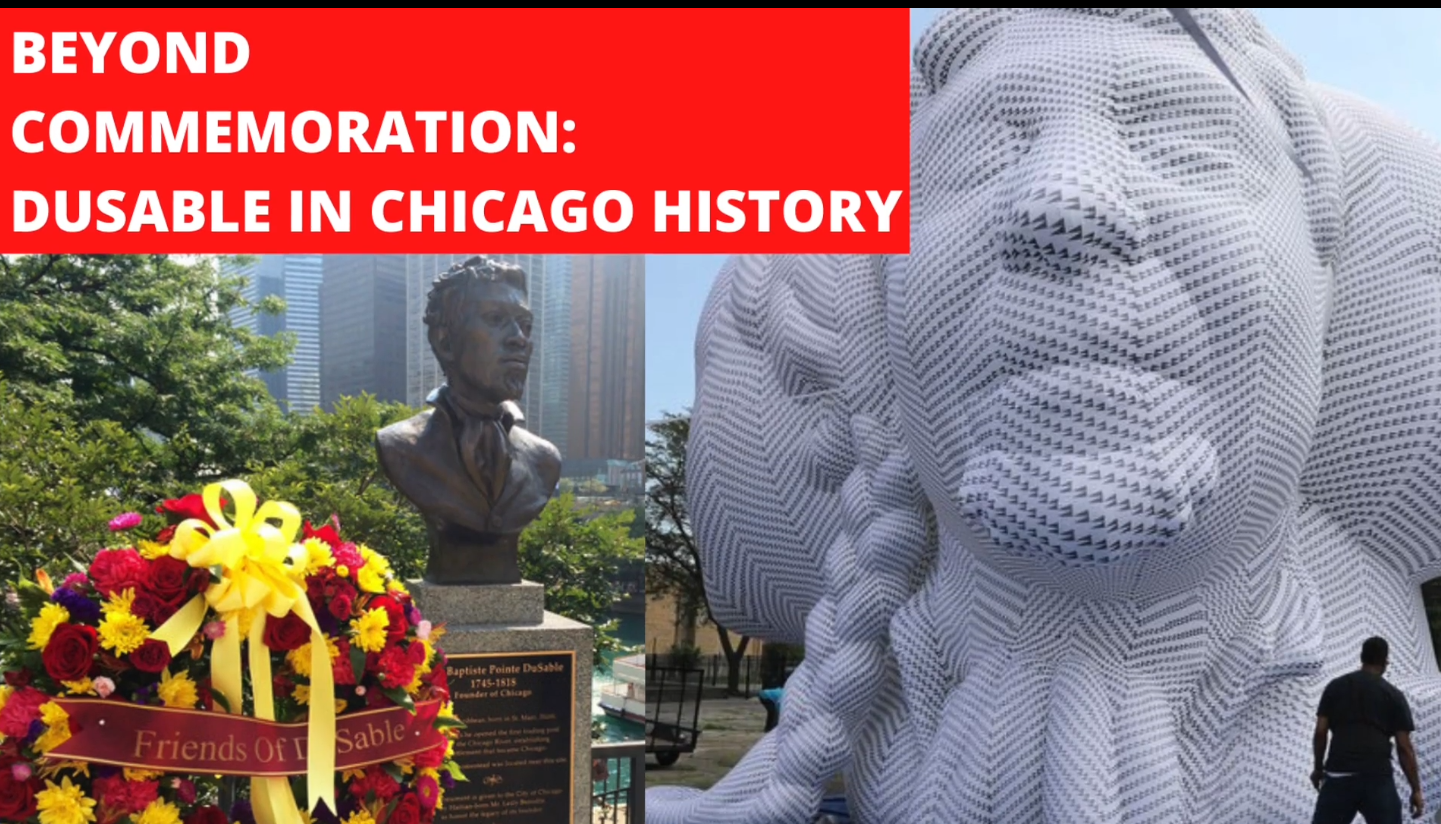 Find out more about this event! 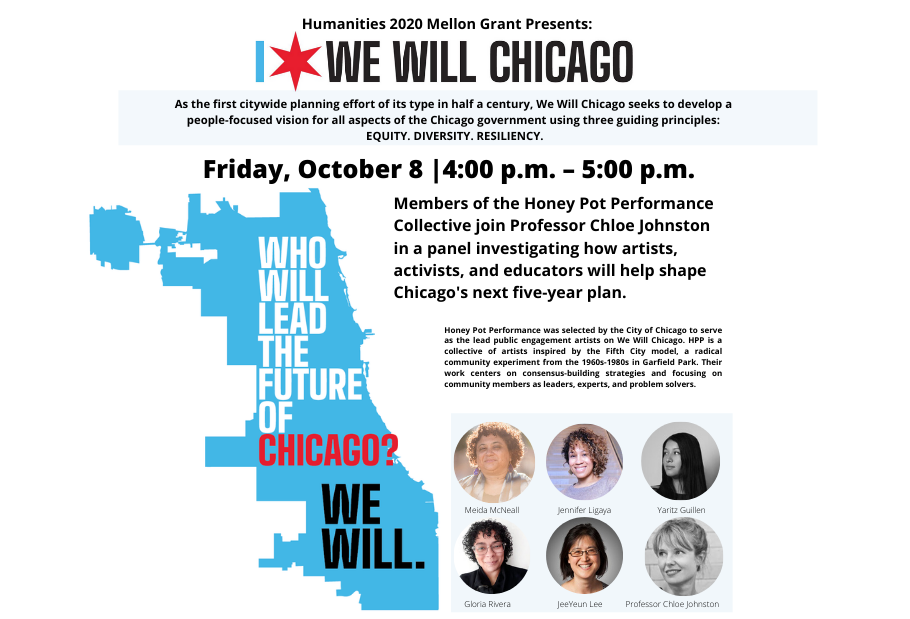 We Will Chicago Panel - October 8, 2021 Panel with Chicagoland artists involved in Mayor Lightfoot’s, “three-year, citywide planning initiative that will encourage... 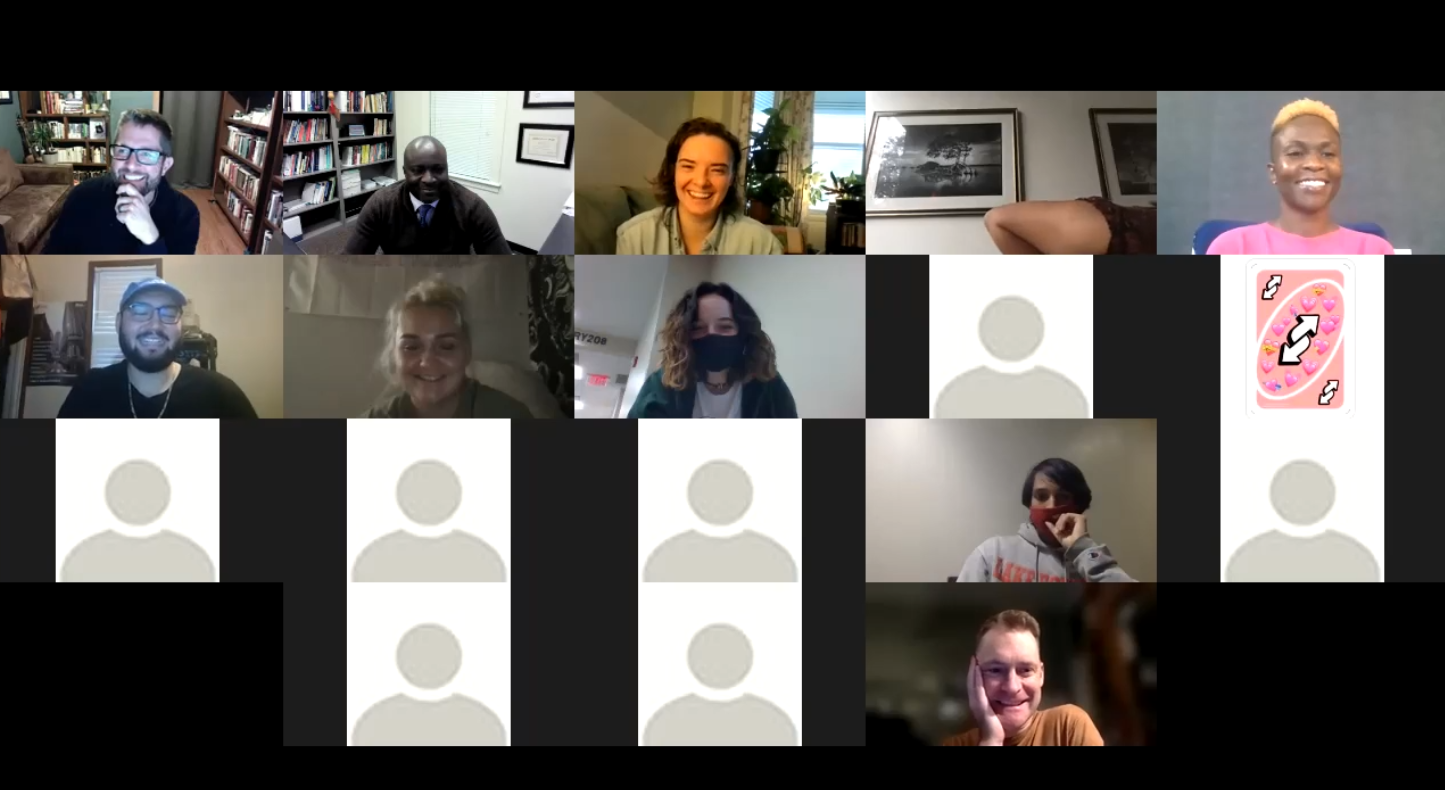 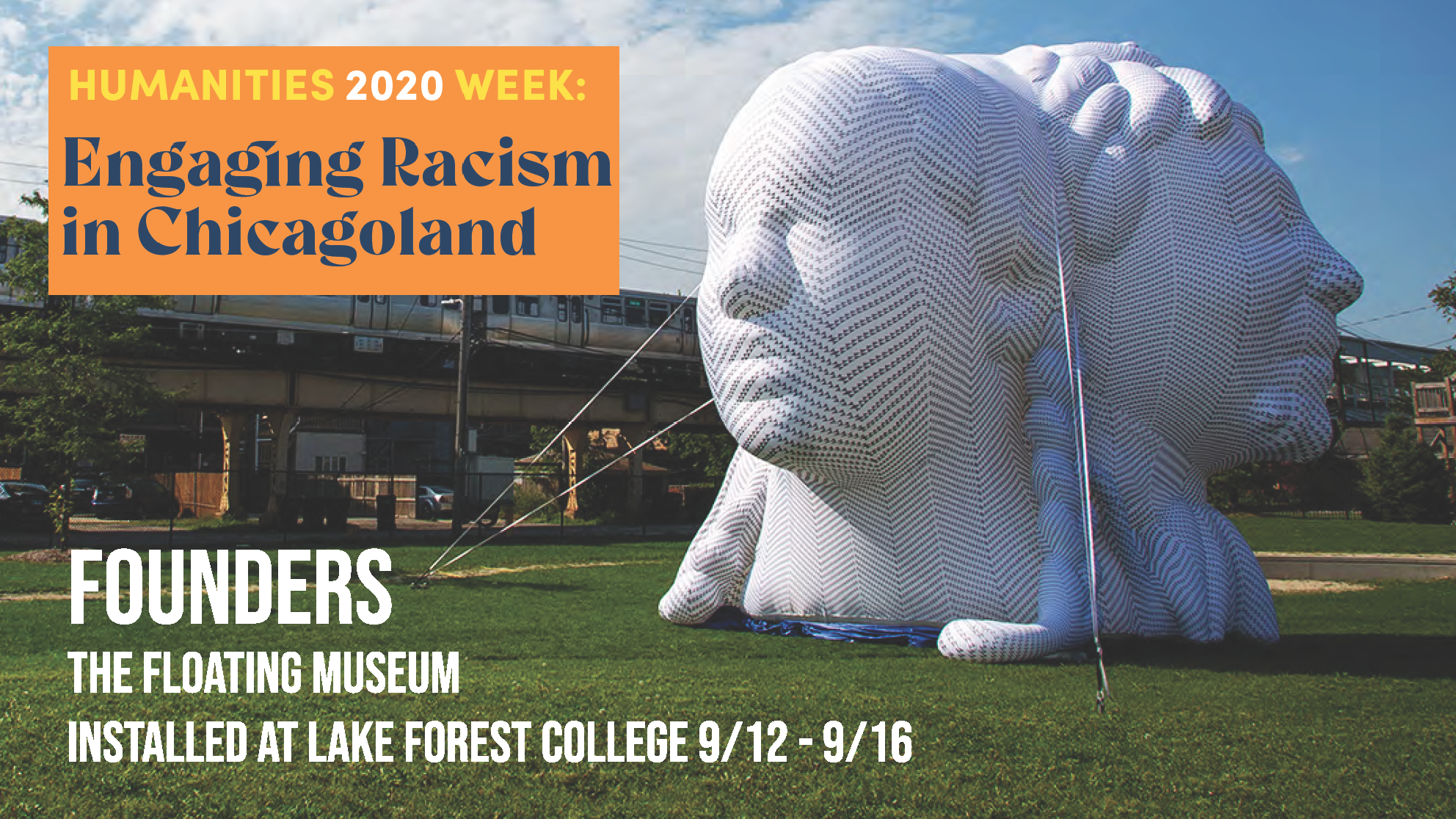 DuSable History and the Floating Museum

The inflatable sculpture features four busts facing the four cardinal directions. The form is a mix of interpretations of items from the collections of the DuSable Museum of African American History, the Field Museum of Natural History, as well as interpretations of various historical figures.

The pattern on the inflatable monument was inspired by Potawatomi textiles in the Field Museum collections.

The sculpture is part of a series by Floating Museum highlighting historical figures that elevate the stories of indigenous people and people of color, honoring the often-overlooked roles they’ve had in shaping our contemporary world.

Reteaching the history of racism: Humanities 2020 introduces institute for educators 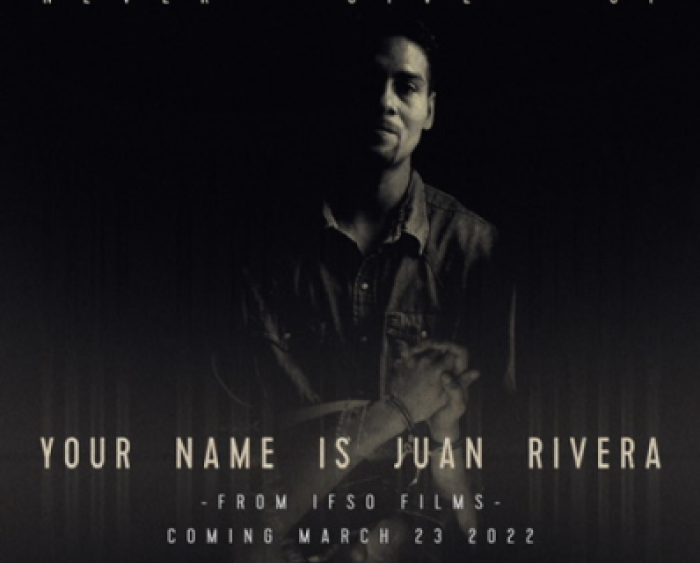 Humanities 2020 hosts local premiere of ‘Your Name is Juan Rivera’ 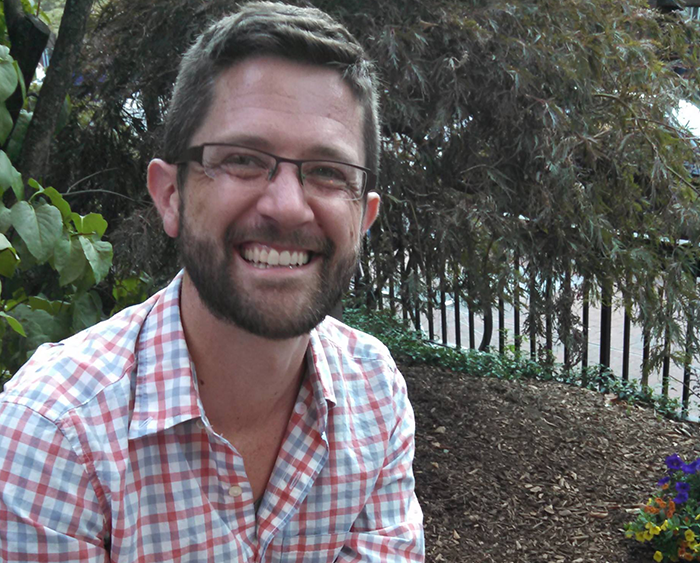