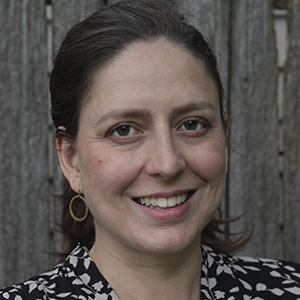 Rebecca S. Graff is an associate professor of anthropology at Lake Forest College (PhD and MA, University of Chicago; BA, University of California, Berkeley). As an historical archaeologist with research interests in the 19th- and 20th-century urban United States, she explores the relationship between temporality and modernity, memory and material culture, and contemporary heritage and nostalgic consumption through archaeological and archival research. Her book, Disposing of Modernity: The Archaeology of Garbage and Consumerism During Chicago’s 1893 World’s Fair (2020) was based on an archaeological and archival project focusing on the ephemeral “White City” and Midway Plaisance of the 1893 Chicago Fair and the modern disposal practices seen at the Louis Sullivan-designed Charnley-Persky House . In Chicago, Graff has also excavated the Haymarket Martyrs’ Monument (2016), the Gray-Cloud House (2018), and Mecca Flats (2018). Her current work through the Chicago Humanities Mellon Grant focuses on a collaborative exhibit with the Society of Architectural Historians, tentatively titled “ Presencing Absences: Chicago Archaeologies Across the Color Line,” using materials excavated from the Charnley-Persky House, Mecca Flats, and other Chicago sites to explore the racialized landscape of Chicago.