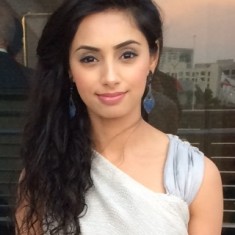 Dr. Nijee Sharma Luthra ’04 has been teaching at the University of California, San Francisco as an Assistant Clinical Professor of Neurology, and also works as a Neurologist at the San Francisco VA Medical Center.

Prior to that, just 10 years after graduating from Lake Forest, Luthra began a fellowship at one of the top neurology departments in the world. Luthra completed her MD/PhD at Loyola Stritch School of Medicine and her neurology residency at University of California-Davis. She began a fellowship at University of California, San Francisco in July 2015.

She credits Professor of Biology and Chair of Neuroscience Shubhik DebBurman with lighting the spark for neuroscience early on in her education, encouraging her to apply to medical school and forging “the strong foundation for me to build a career upon,” she said.

At UC-Davis, Luthra was chief resident of her class—another accomplishment that has its roots at Lake Forest College. “I was always encouraged to take on leadership roles with teaching,” she said of her time working on her biology major and chemistry minor. “Nijee is one of our true star science alumni of the last decade,” Dr. DebBurman said. She was inducted as an alumnus honorary member of Nu Rho Psi, the National Honor Society in Neuroscience, in April 2015.