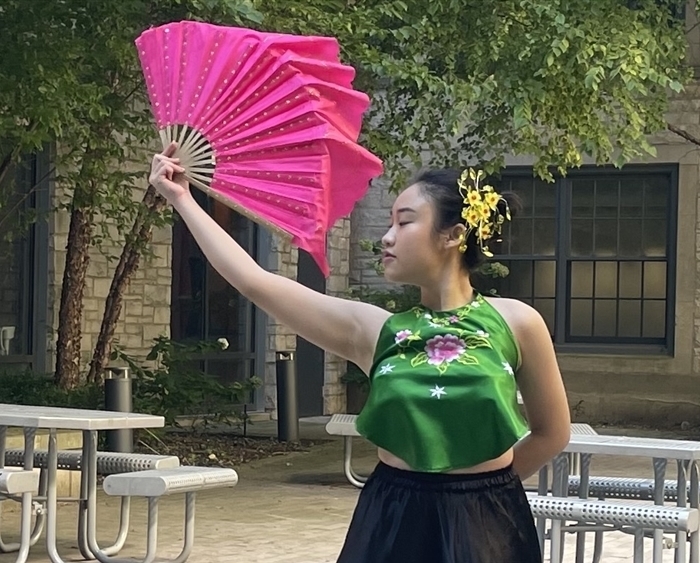 The mid-autumn celebration known as Moon Festival is traditionally celebrated in Chinese culture. Similar holidays are observed  in Japan, Korea, Vietnam, and other countries in East and Southeast Asia.

Students had an opportunity to socialize with others in Chinese, enjoy traditional Chinese food, and perform for the crowd. Representing Lake Forest College in the talent portion of the observance were Trang Do ’23, an economics major and double minor in Chinese and entrepreneurship and innovation, and Roathnika Lim ’26.  Do performed a traditional Vietnamese dance, while Lim sang a Chinese song.

Edward Aguilar ’26 was among the Lake Forest College students who participated in the festivities.

“It was such a great opportunity to get to know so many people and celebrate Chinese tradition,” he said. 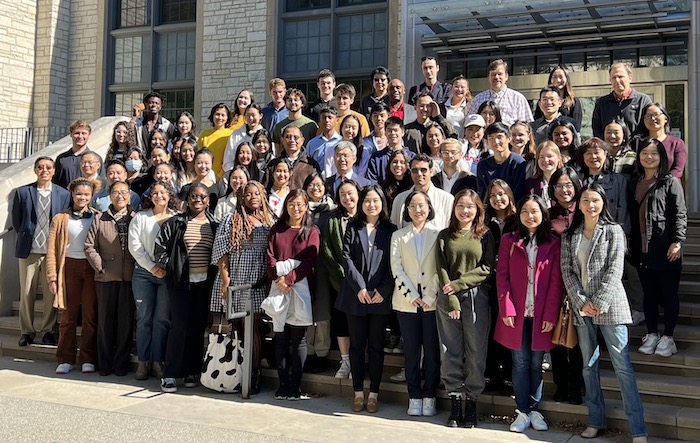