Benacka’s ‘Drag in the Windy City’ on Google Arts & Culture 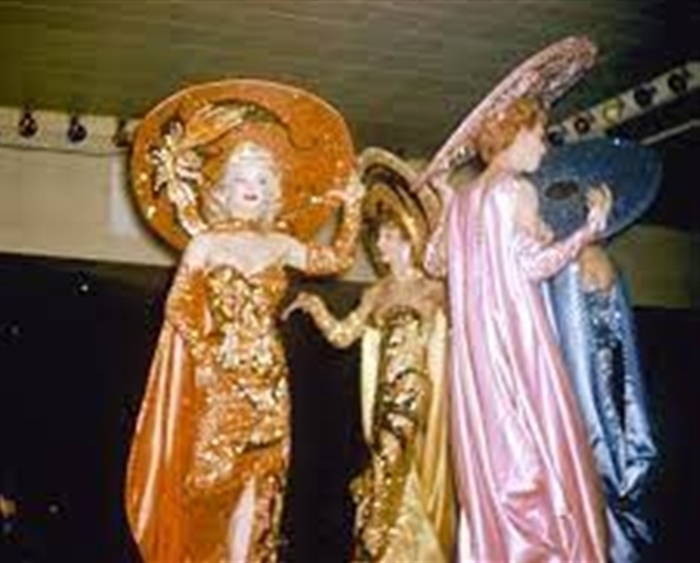 Google Arts & Culture has chosen content from Associate Professor of Communication and Chair of Gender, Sexuality, and Women’s Studies Elizabeth Benacka’s “Drag in the Windy City” project to be part of its “Beyond the Rainbow” exhibit.

Google Arts & Culture is an online platform of high-resolution images and videos of artworks and cultural artifacts from partner cultural organizations throughout the world. The “Drag in the Windy City” project features images from the James C. Darby Photograph Collection as part of its “Beyond the Rainbow” project.

Benacka and research assistant Rodney Bethea ’20 created “Drag in the Windy City” in 2020 for Digital Chicago, an  Andrew W. Mellon Foundation project that paired undergraduates with faculty members who dug deep to preserve Chicago’s past for a digital future.

“Working on this project was truly a turning point in my academic and personal journey as an undergraduate student,” Bethea said. “I didn’t know it was possible to merge archival research and LGBTQ+ history into such a unique exhibit. Getting the opportunity to work with Professor Benacka was such a delight, and I definitely feel honored that the project is featured on Google Arts & Culture.”

The full Digital Chicago “Drag in the Windy City” project sought to uncover the historical practices of gender performance in Chicago by mapping specific locations that featured drag in the city over time. In addition to the map, the project includes chapters on Queer Boundaries, Chicago’s Drag Race, Terms of En(queer)ment, The Crime and Cutlture of Drag, and the Darby photos.

Darby, a former Navy cryptographer and radioman during the Korean War, started the first Chicago chapter of Gay, Lesbian and Bisexual Veterans of America (GLBVA) in 1991. His photographs were donated to the Chicago History Museum.