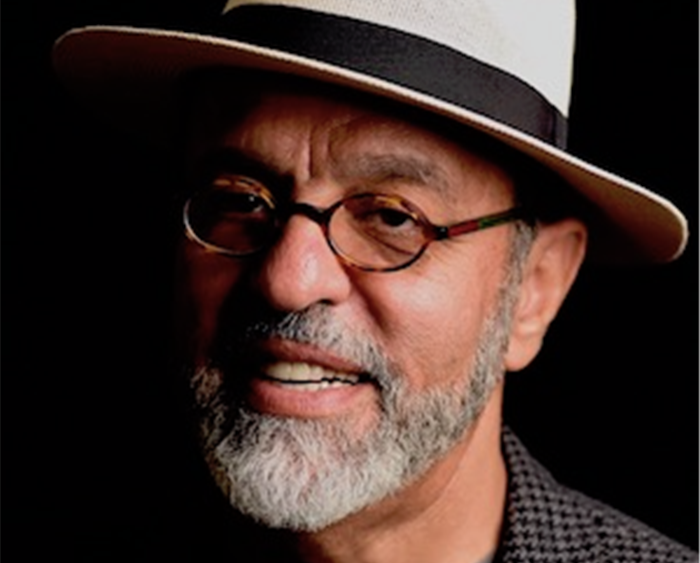 The Dallas Morning News published an editorial written by James P. Gorter Chair of Islamic World Studies Ahmad Sadri on the recent firing of an instructor at Hamline University.

The editorial, titled “‘Canceling’ Islamic History is a Disservice to Muslim Students,” ran on January 16, 2023.

Read the editorial below:

‘Canceling’ Islamic History is a Disservice to Muslim Students

I can imagine no greater disservice to Muslim students than the recent events at Hamline University, a small liberal arts school in Minnesota, that ended with a teacher getting fired for showing a depiction of the Prophet Muhammad.

Aram Wedatalla, an undergraduate business major of Sudanese extraction, effectively "canceled" the teachings of one of the greatest historians of the Islamic world, Rashid al-Din Fadlullah (1247–1318 AD), in the name of sensitivity to Muslim students.

The controversial image shows Muhammad receiving his first revelation from the archangel Gabriel. This miniature painting appears in the canonical Jami al-Tawarikh, (Compendium of Chronicles) written in Persian at the outset of the 14th century, one of the most crucial sources on Mongol culture and history. I treasure my own copy of the magisterial work, which I have read with great care for my upcoming book on the period between the twin invasions of Iran by Genghis Khan and Tamerlane (1219-1393.)

As a consequence of showing this image, Erika López Prater, an adjunct professor, was sacked. Now, students of this course at Hamline will no longer be exposed to a crucial aspect of Islamic civilization. Prodded by the flawed urge to accommodate "Muslim sensitivities," school authorities that supported the student have managed to replace the dazzling historical, artistic and theological diversity of the Islamic world with a monolithic cliché.

I am dismayed by this event, not merely as a scholar who has dedicated a lifetime to writing and teaching about Islam. I am offended as a practicing Muslim who loves the Persian visual tradition of illumination and miniature painting. A global understanding of Islam is impossible in absence of the Islamic art, mysticism and poetry that includes portrayals of the Prophet.

Nor can I imagine my faith without such poets as Ferdowsi, Sa'di, Hafez and Rumi, although some fundamentalist and ultra-orthodox Muslims frown on them. What will happen if a student feels excluded by my inclusion of such works in a syllabus? What if I am called an Islamophobe because I do not subscribe to the blinkered version of Islam a student might have brought to college along with his or her baggage?

It should not be the new rule of academia that a student's opinions about their faith, whatever they may be, trump the scholarship of the fields, from biology to art and theology, represented by various departments in her college.

Anyone who is not bamboozled by right-wing commentators knows that liberal arts colleges do not indoctrinate their students. They are not only free but actively encouraged to challenge their professors. But this is a two-way street. Undergraduates who choose liberal arts education have voted with their feet. By their choice they have agreed that they are prepared to engage in a rigorous process of self-examination. They are the ones who must acclimate themselves to the "marketplace of ideas," not the other way around.

Having said that, I must add that I do not believe freedom of speech is absolute. We respect certain invisible red lines for the sake of civility. This is a requirement of our "civilizing process," as defined by the mid-20th-century German sociologist Norbert Elias.

Can mocking images of Jews in the Nazi publication Der Stürmer and the Jim Crow images of Black Americans be displayed in a higher-education classroom? They absolutely can, if they are placed in the proper critical context of teaching about the German Holocaust or American white supremacy (the topic of a course I am currently designing).

The tasteless cartoons of the Prophet Muhammad that resulted from the Charlie Hebdo contest also can be displayed in a classroom about Muslim immigrants or Islamophobia. Trigger warnings might be in order, but at the end of the day, nothing is off the table in academia, including Hitler's Mein Kampf.

I am critical of the re-publication of the Muhammad cartoons, as it was done out of context and only as a litmus test of freedom of speech: This is what we would never do with the antisemitic and racist cartoons.

Hamline University President Fayneese S. Miller was wrong when she asserted that respect for the Muslim students "should have superseded academic freedom." What is important is not the image, but the context, which was entirely respectful and proper in Prater's class.

And a final word about the kind of fundamentalist Islam that requires a hypersensitive disposition regarding perceived insults to Islam. Of course, Muslims, like all minorities, should be protected against racist attacks and hate speech. But they should not plead special consideration for their feelings in the public space. Critique of Islam by both Muslim and non-Muslim thinkers is essential for the evolution of the religion.

Freedom of expression is of the essence of life in the modern world. Muslims are the beneficiaries of secularism and tolerance in Western liberal democracies. The price of living in such a world is developing a thicker skin.

Ahmad Sadri is the James P. Gorter Chair of Islamic World Studies at Lake Forest College in Illinois. He wrote this column for The Dallas Morning News.