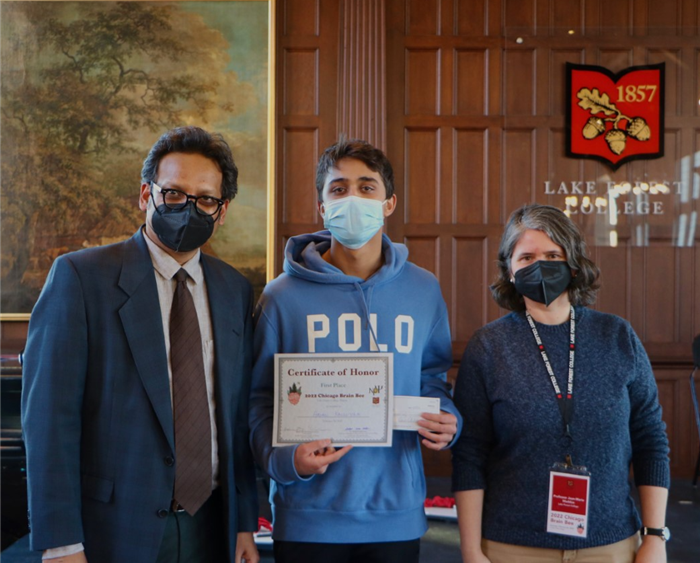 After last year’s cancellation due to the Covid pandemic, the 2022 Chicago Brain Bee was held once again in-person on Saturday, February 26, 2022, at Lake Forest College.

The Chicago Brain Bee is part of a world-wide competition for high school students that tests knowledge in neuroscience, including such topics as cells of the nervous system and how they communicate with one another, neuroanatomy, brain-behavior relationships (e.g. the neural basis of learning and memory, emotion, stress, sleep) and neurological diseases. It helps motivate our youth to learn about the brain, capture their imagination for the sciences, and inspire them to pursue careers in biomedical research.

One of the oldest bees in the nation, Chicago Brain Bee invites and hosts high school students from several states in the Midwest, including Illinois, Indiana, and Wisconsin. This year, over 60 students and chaperones from 20 high schools in Illinois, Wisconsin, Indiana and Michigan participated.

Every year more than 50 local Brain Bees are held throughout the United States in a search for the “best brain” in the nation. The 2022 competition marked the fifth year that the College’s chapter of Nu Rho Psi, the national neuroscience honor society, organized the Chicago Brain Bee on behalf of the Society for Neuroscience Chicago Chapter (CSfN). In 2019, at the national Society for Neuroscience Meeting, this unique collaboration was highlighted as an adapt-and-implement model for how any undergraduate college student organization could take the lead to organize a local brain bee with success and expand opportunities for regions with fewer brain bee opportunities.

This year’s day-long event at Lake Forest College presented high school students with the opportunity to hear about the Chicago area’s wide array of undergraduate neuroscience programs, understand the relevance of engaging in research as undergraduates, and imagine what careers in neuroscience could look like. They also engaged in the cutting-edge hands-on science through a student research poster session and a tour of the chemistry, physics, biology, and neuroscience programs where they interacted in faculty- and student-led activities and demonstrations at Lake Forest College’s Lillard Science Center.

The day climaxed when the 10 finalists took center stage and competed for their chance at winning the title of 2022 Chicago Brain Bee champion. The final bee was particularly thrilling to watch as finalists demonstrated high levels of mastery of brain facts for over 45 minutes before the eventual champion emerged.

First-place winner Aryan Kalluvila became the 2022 champion in his second Bee attempt. He will participate in the National Brain Bee on April 9 for a chance to represent the United States at the World Brain Bee later this summer in Copenhagen, Denmark.

“I am excited to learn more about neuroscience as I continue ahead to the national competition,” Kalluvila said. “ For the National Bee, I plan on becoming a little more familiar with neuroanatomy and neurohistology, as those are major facets tested.” 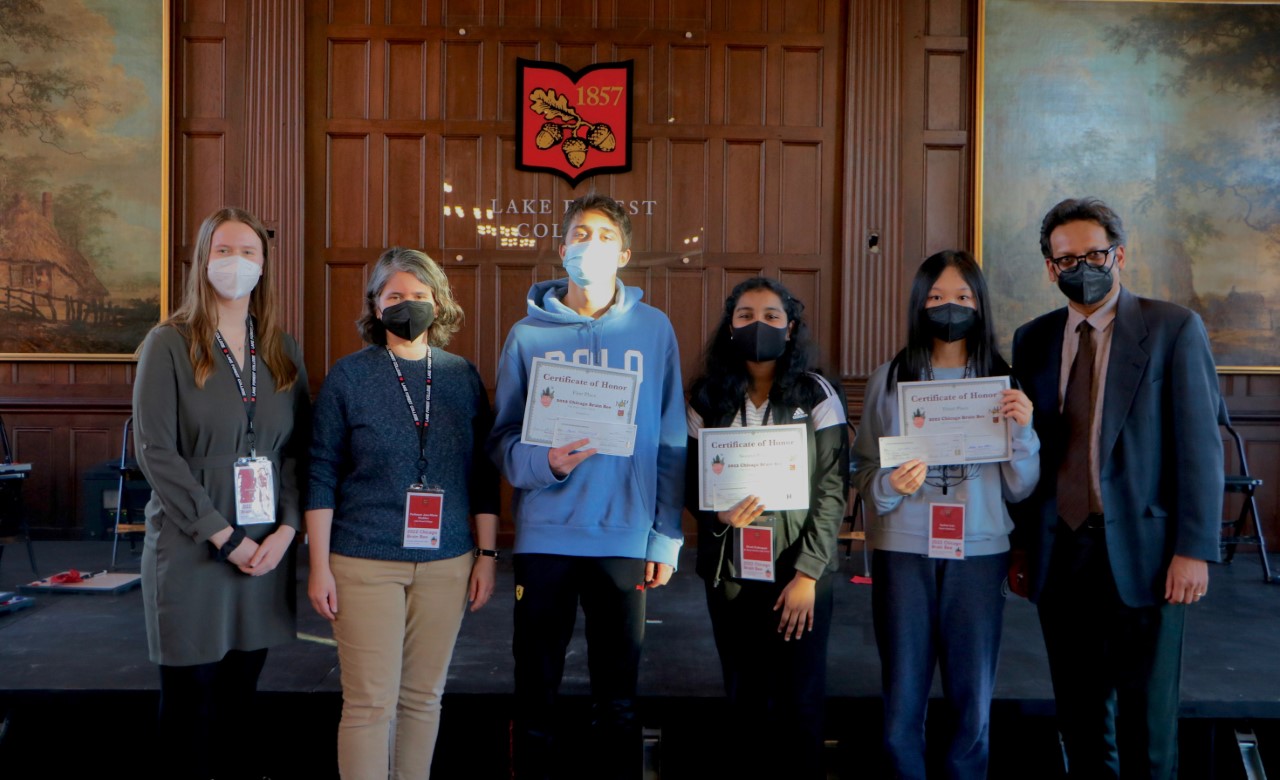 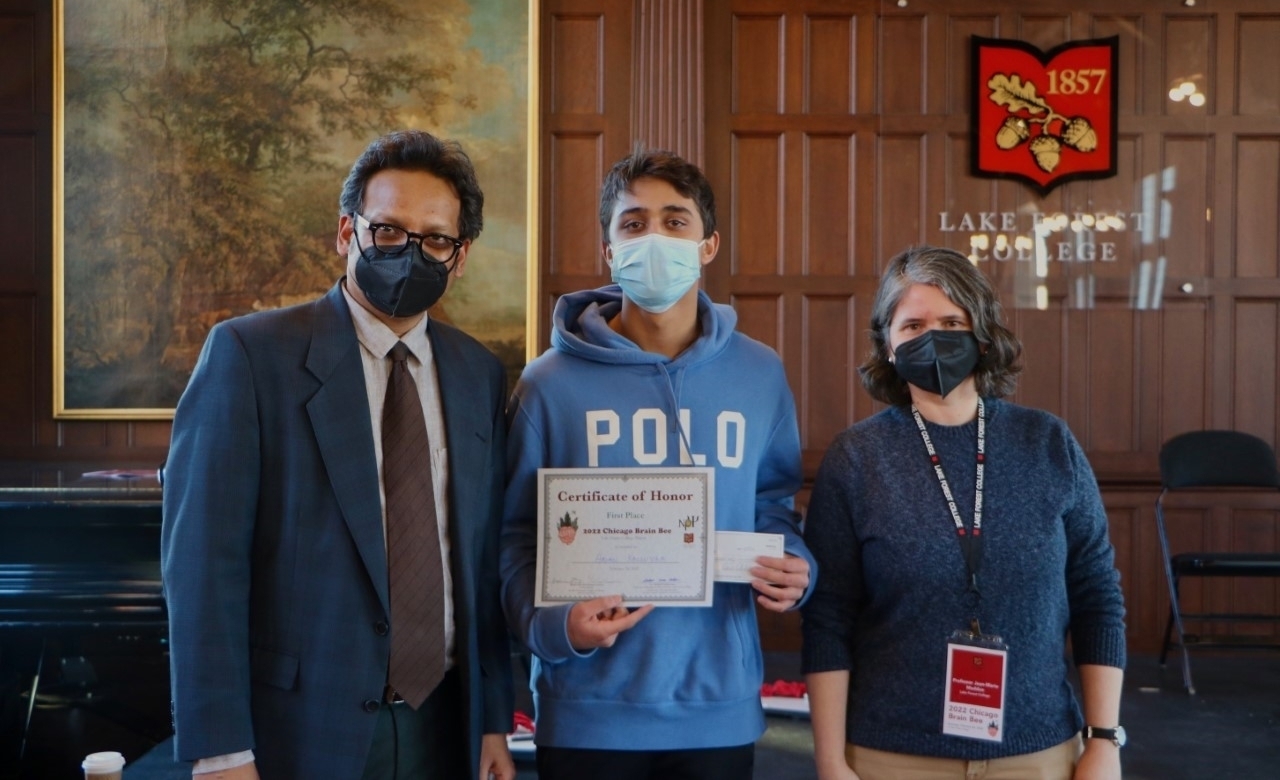 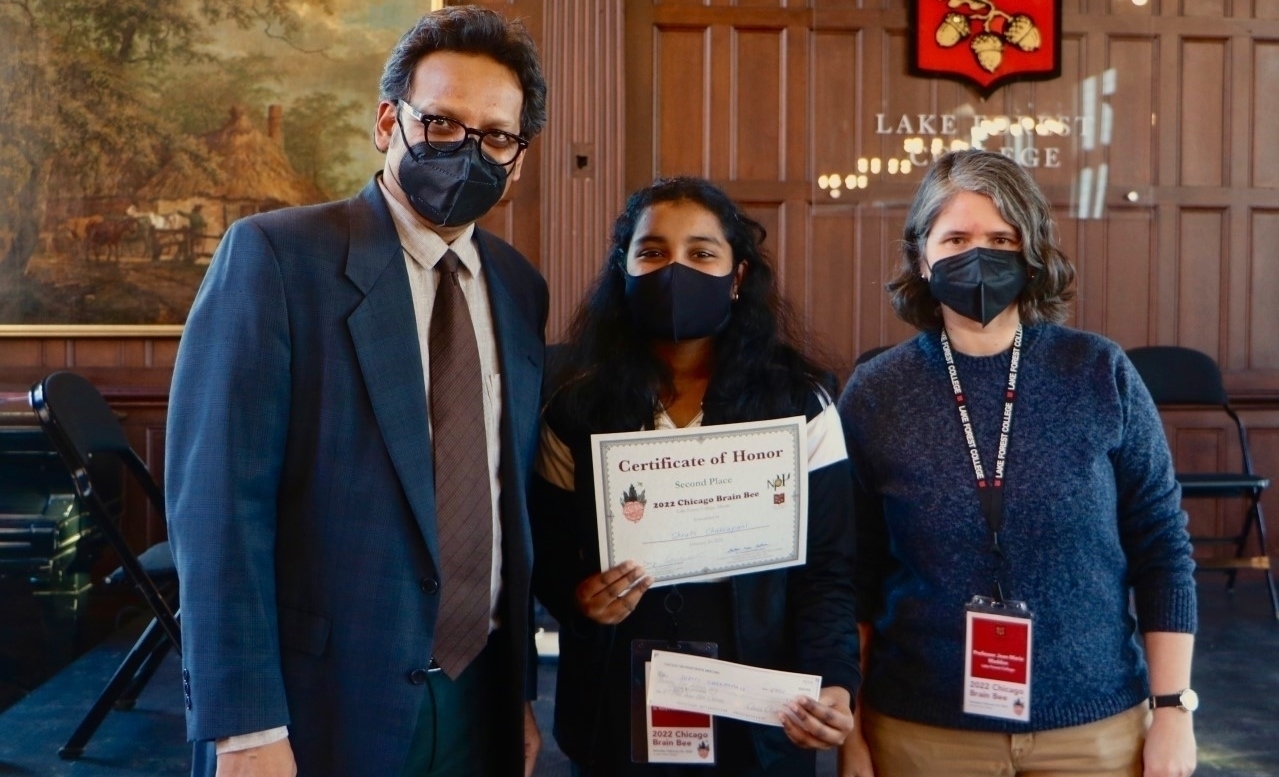 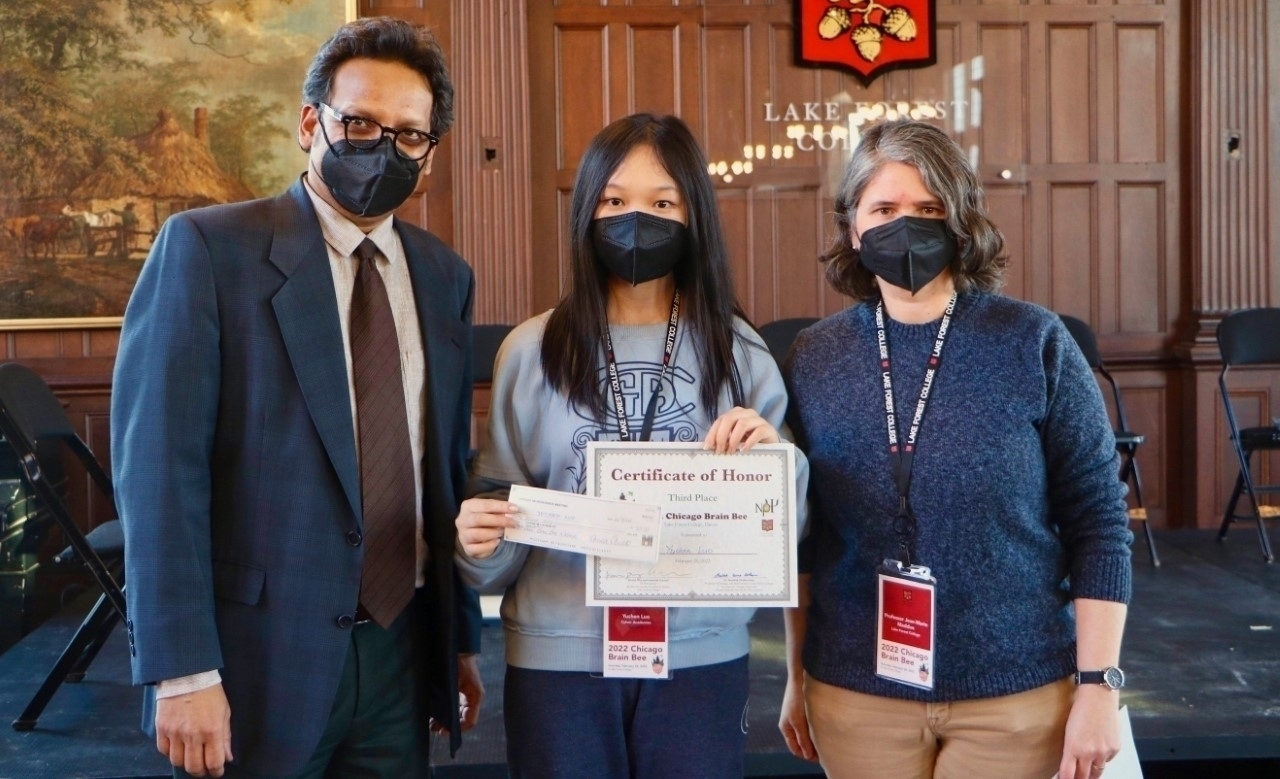