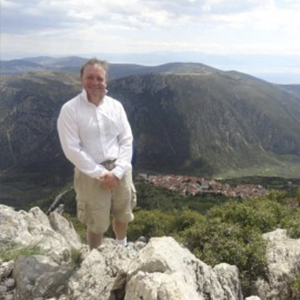 Associate Professor of English and Theater
Chair of Theater

Taking it to the Bridge: Music as Performance; co-edited with Nicholas Cook, Ann Arbor: University of Michigan Press (2013).

“Pitfalls of Cinematic Aspiration: The Reception of Peter Sellars’ The Merchant of Venice” Performance Research, Vol. 10, No. 3, Sept. 2005.

“A Dramaturg Reenters the Academy” in The Theater of Teaching and the Lessons of Theater ed. Domnica Radulescu and Maria Stadler Fox, Rowman and Littlefield, 2005.

“Production Dramaturgy of a Classic: Moliere’s The Misanthrope at the Goodman Theatre and the La Jolla Playhouse” in Dramaturgy in American Theatre: A Sourcebook ed. Susan Jonas, Geoff Proehl, and Michael Lupu; Harcourt Brace and Company, 1997.

“Richard Pettengill: Dramaturg at the Court Theatre, Chicago” in What is Dramaturgy? ed. Bert Cardullo, New York: Peter Lang, 1995. (excerpted from “Dramaturgy at the Court and Wisdom Bridge” below).

Pettengill, Richard; Abt-Perkins, Dawn; Buckley, Shannon “The Plough and the Stars on Campus and in the Community: A Proposed Model for Dramaturgical Collaboration Between Colleges and Schools” Theatron, under review.

“Metatheatricality and Death in Webster’s The White Devil,” Renaissance Drama in Action, Toronto, 2006

“Focus on The Tempest” on panel: “When Dramaturgy Come Knocking: Dramaturgy and the Liberal Arts” Association for Theatre in Higher Education (ATHE), San Francisco, 2005

Gelbart, Shevelove, and Sondheim’s A Funny Thing Happened on the Way to the Forum, directed by Frank Galati, 1990

Wings: A Musical-Theatre Piece, from the play by Arthur Kopit, music by Jeffrey Lunden, book & lyrics by Arthur Perlman, directed by Michael Maggio, 1993

Tennesee Williams’ The Night of the Iguana, directed by Robert Falls, 1994

William Shakespeare’s The Merchant of Venice, directed by Peter Sellars, 1994

Eugene O’Neill’s A Touch of the Poet, directed by Robert Falls, 1996

1982-86: Dramaturg, Court Theatre at the University of Chicago

Joseph Jefferson Committee Award for “furthering the role of the dramaturg in Chicago theater, 1986