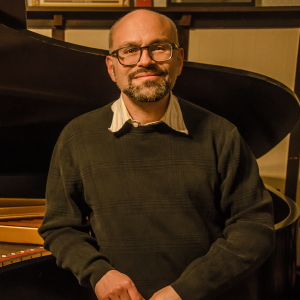 Myron Silberstein is a composer and a pianist whose performance career focusing on bringing attention to neglected masterpieces. He has given first recordings to piano works by Vittorio Giannini, Peter Mennin, and Norman Lloyd and is currently preparing a program of works by Paul Creston. He has also recorded programs of music by Vincent Persichetti and of Franz Liszt. His recordings can be found on Naxos, Centaur, Iktius, and Connoisseur Society. Mark Lehman of the American Record Guide described Myron’s recording of sonatas by Peter Mennin and Norman Lloyd as “An indispensable addition to the discography of American music.” Peter J. Rabinowitz of Fanfare called Myron’s debut recording “a revelatory release.”

Myron Silberstein’s compositions include five piano sonatas, several chamber sonatas, and dozens of songs and song cycles. Several of his song cycles are the result of collaborations with living poets. His writing continues the tradition of the composers whose works he records: composers for whom music was a vehicle for deep personal communication.

As a piano teacher, Myron focuses on efficient practicing methods and an efficient physical approach to the piano—the same principles he uses in his own practicing