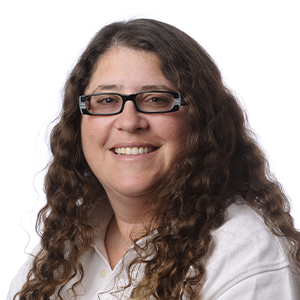 University of California at Berkeley, Rhetoric and Philosophy, Summer Student 1989.

Horwitz, Linda.  “Argument from Widowhood: A Capitulation to the Patriarchy or an Example of Feminist Argumentation.” Proceedings of the 12th NCA/AFA Conference on Argumentation, ed. Thomas A. Hollihan. Annadale, VA: Speech Communication Association, 2000.

“Does Anyone Really Know What Time It Is?: The Doomsday Clock’s Iconic Life.”  The 3rd Tokyo Conference on Argumentation, Tokyo, Japan.  August 2008.

“Why are All the Presidents Men? A Feminist Critique of the West Wing.”  American Political Science Association, Philadelphia, PA.  September 2006.

“Why are All the Presidents Men? A Feminist Critique of the West Wing.”  Western Communications Association Conference, San Francisco, CA.  February 2005.

“Argument from Widowhood: A Capitulation to the Patriarchy or an Example of Feminist Argumentation.”  The 12th NCA/AFA Conference on Argumentation, Alta, UT.  July 1999.

“Blocking the Enthymeme: Does it Unblock Identity Problems in Argumentation?”  The 4th International Conference on Argumentation, Amsterdam, The Netherlands.  June 1998.

“Lucy Parsons: Silenced But Not Silent.”  The University of Illinois at Chicago Institute for the Humanities Graduate Student Conference, Chicago, IL.  February 1998.

“The Enthymeme as a Key to Rhetorical Fallacies.”  The 3rd International Argumentation Conference, Amsterdam, The Netherlands.  June 1994.

“Women and Activism in the Nineties.”  The Radical Scholars and Activism Conference at Loyola University, Chicago, IL.  October 1993.

“Separatism as a Rhetorical Strategy.”  The Eastern Communication Association Conference, Portland, ME.  May 1992.

Invited Lectures and Appearances Outside of Lake Forest College

“If These Walls Were Still Talking: The State of Abortion Laws in the United States,” Lakefront Board of Personal PAC Teaching Series, Highland Park, IL.  February 2006.

“What’s at stake in the Election?” Gates Center for Leadership, October 2008

“Should the US reduce the Drinking age?”  Speaker of the House for British National Team Debate.  October 2008.

“On Being Out and Proud,” Lake Forest College Ally Program Panel.  March 2008.

“How to Make and Refute an Argument,” Lake Forest Debate Society.  February 2008.

“Is the U.S. Ready for a Woman President?” Speaker of the House for British National Team Debate.  November 2007.

“Musicals Are Torture But Are They Rhetorical,” Lake Forest Faculty Symposium.  October 2004.

“Queer: The Changing Meaning and Use of the Term,” Lake Forest Fortnight of Pride.  April 2004.

“Debate Across the College,” Learning and Teaching Center (LTC).  November 2003.