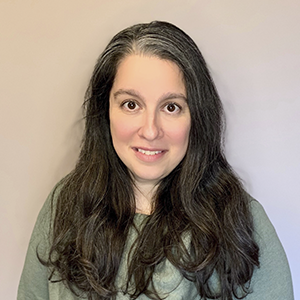 “Peter Fischli and David Weiss” in The Encyclopedia of Twentieth-Century Photography.
Routledge, 2005.

Tenets and Tape: The Emergence of Electronic Music in Postwar Germany, “Sonic
Interventions: Pushing the Boundaries of Cultural Analysis,” The Amsterdam School for Cultural
Analysis, University of Amsterdam, NL, March 29–31, 2005

Books On Tape: Splicing New York, “Sounds and the City,” The International Association for the
Study of Popular Music, Montreal, May 10–12, 2002

Listening to Stockhausen, “The Speakable, the Unspeakable, and the Politics of Listening: The
Ethics of Confronting the Real,” NYU Comparative Literature Graduate Student Colloquium,
New York, April 25–26, 2002