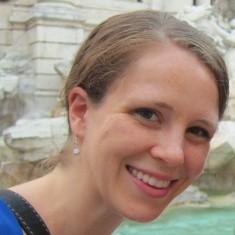 Assistant to the Deputé de l’Aveyron at L’Assemblée Nationale, Paris

Since graduating from Lake Forest College in 2011, Erin Kummer has worked all around the world, and most recently received a Master of Arts in National & Transnational Studies from Westfälische Wilhelms-Universität, Münster, Germany.

Before completing her Master’s degree, Erin worked as an administrative assistant at Zion Solutions, the company responsible for the safe disposal of spent nuclear fuel from the decommissioned nuclear power plant in Zion, Illinois.

Using the experience she got working at Zion Solutions, Erin was able to secure a job at System One Services, a staffing and recruiting firm that finds talent for a wide variety of industries ranging from energy, to telecommunications, to engineering, and more. While with System One, Erin worked at nuclear power plants in Angra dos Reis, Brazil, and Doel, Belgium. She coordinated with crews travelling to Belgium, China, France, Sweden, and Argentina. One of her duties was to create and translate cultural awareness booklets for these travelling crews.

In the Fall of 2017, Erin completed her Master of Arts in National & Transnational Studies at Westfälische Wilhelms-Universität, Münster, Germany. She says that applying to graduate schools in other countries requires more research and networking. The facts that she had an internship under her belt, had studied abroad, and that she knew a second language all helped her to get into a highly competitive program.

I was always interested in different cultures and languages, making International Relations an obvious choice for me early on. However, I simply wanted to learn languages. My first language choice (German) did not fit into my schedule and I instead opted for a beginning French class.

What did you think of the faculty?

One professor in particular was extremely helpful in connecting me with alumni and her personal friends in my fields of interest, as well as writing me letters of recommendation. (Thank you, Cynthia Hahn!)