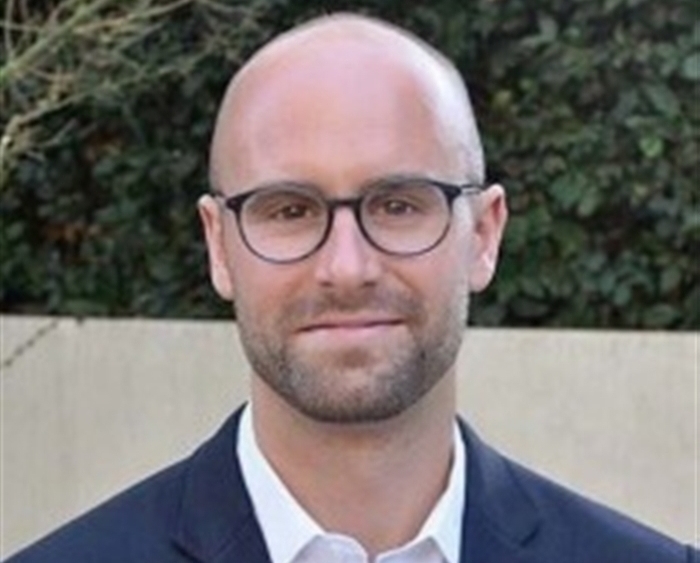 Matthew Helderman ’11 talks about his entrepreneurial journey reinventing business in the media industry with his first ventures Buffalo 8, a multimedia finance company.

In your opinion, what is the most important character trait in an entrepreneur?

I’ve met a lot of different kinds of entrepreneurs. I’ve met quantitative entrepreneurs and then I’ve met people who have no high school diploma and they’re worth ten, twenty, thirty million dollars. I think common traits they (founders, not entrepreneurs) all have is: a real passion for not wanting to work for someone else, they have a real knack for believing that they and their management team are right a lot and that is why them empower them to make decisions, and they also believe that pushing the envelope is the entire reason they get up in the morning, regardless of the industry their in.

What is BondIt, what problem does it solve, and how did you find the resources to turn an idea into a company?

BondIt is disrupting an area that no one ever has before. The problem we are solving is: content has become cheaper to produce but banks will not give you the capital to product that content. BondIt is the digital platform to provide and streamline capital to produce film, TV, YouTube content, etc.

We personally don’t believe there needs to be banks in media. We believe BondIt can be a much better diversified and democratized platform that allows content creators, whether they are the biggest film producers in Hollywood or their producing content for YouTube, BondIt should be the first place they come to have a conversation about financing.

BondIt started with a very small, half a million dollar investment from family and friends. That half a million after that first year was growing substantially.

What inspired you to take action and CoFound BondIt? Where is the company today?

I always loved media, I was obsessed with film. I was a cinefile from a young age, studying film, studying the history of filmmakers, producers and cinema during the heyday of Hollywood and independent film boom. While I was a senior at Lake Forest College during my March break, I came to Los Angeles for the first time to sell my film and I realized the there is a massive business aspect of the film business and I fell in love with both.

The company today is expanding. We bought a company called EBS Payroll which is a 30 year old payroll company that processes payroll for close to 250 feature films a year. Now we have three different businesses and sets of teams all of it rooted in a love for content, a love for film, and a love for the entertainment business.

What has been your biggest challenge mobilizing people or resources to help you in the past or present?

I was 25 years old and I was trying to raise millions of dollars, and it was insanely hard. 12 hour workdays was and is a normal day for my management team and I. All of the entrepreneurs I know are really good at being an entrepreneur are good because it’s their whole life. This business is my whole life.

Entrepreneurs need to know how to re-frame failure as usable data. What has been the failure that has helped you the most

I would say that you don’t learn anything from your successes, you only learn from failing. I’m fortunate enough to realize that I have failed many, many times a week, for many, many years in a row. Some big, some small. I think our biggest lessons come from our most painful failures. One of my best failures happened when I was 23 years old.  We had Buffalo 8 up and running and we had a group of investors who said they would finance a movie that Buffalo 8 was producing. The investors initially had us charge expenses to our corporate account, and one day we get a million dollar check from the investors, but they told us to hold off on depositing it. We were 2 days away from shooting the movie when they told us that the money was not coming, which shut the movie down. At that point, we had incurred a couple hundred thousand of expenses. When you’re 23 years old, the notion that you’ve incurred all this debt because you’ve been so trusting and naive, it really hurts.

In our program we talk about entrepreneurial resilience and the psychology of an entrepreneur. When was a time you found it difficult to finish a project, and what motivated you to continue?

There are guiding principles that we think about with our businesses. The biggest one is a tremendous amount of what we call “energized curiosity”. We come in everyday, we work 12 hours a day, and it’s coming in every day pulling on threads that will push the boundaries and grow the business in new ways.

The premise of our newsletter is asking questions. What is the hardest thing you’ve ever done, and who did you wish you asked for help?

I’m going to restructure this a little. I speak to my mom every single day of  the week. This has allowed me to build this long-term narrative with my mom where she’s incredibly pragmatic, she’s been involved in these businesses from inception in Lake Forest to where it is now. My parents have been involved in financially participating in deals, to helping resolve major issues, and to just giving advice on lawsuits, you name it. There are many times when I recognize that it’s the days that I’m not calling her that I’m probably most upset and dealing with the biggest issues that I’m not asking help on.

Describe a time when you asked someone for something (and for what), and their answer surprised you.

I’ll give a positive and a negative. When we negotiated with investors coming into the business, like any negotiation you start high, get batted down and end up somewhere in the middle of what your original expectation was. We’ve had deals where we what we ask for, we get. Building our track record has allowed us to ask for things even we didn’t think we would. When it comes to finances, getting the numbers you actually want is a rarity.

On the negative side, 4 hours of my day are spent negotiating with lawyers. The unfortunate reality is lawyers don’t get paid to resolve issues, they get paid for issues to remain open, literally. What you realize when you own a business is that, unfortunately, everyone is going to come out of the woodwork and punish you for it. In negotiations where you’re asking someone to show you good faith, 9/10 they’re unfortunately not going to be.

What is one piece of advice you can give to those trying to solve a problem?

I think it goes back to energized curiosity. It’s just a ball of yarn and you have to keep pulling because it will continue to unravel, to lead down different paths. It’s about staying energized and focused. You have to love whatever industry and community you’re solving problems in.

Learn more about BondIt and Buffalo 8 >