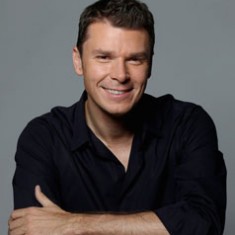 Mr. Roszak is Founder and CEO of Tally Capital, a venture capital firm focused on blockchain enabled technologies and currencies. Named as one of the “who’s who of the crypto-currency world” by The Wall Street Journal, Mr. Roszak is a Bitcoin investor, advocate and speaker. Mr. Roszak has invested in over 20 Bitcoin start-ups, including BitFury, BitGo, Blockstream, Robocoin and Xapo. Mr. Roszak is also a founding partner with Blockchain Capital. Mr. Roszak is an advisor to several Bitcoin accelerators, including Bitropolis (Los Angeles), Decentral (Toronto), and is the founder of the Chicago Bitcoin Center. Mr. Roszak was also is a producer of the first ever Bitcoin documentary, “The Rise and Rise of Bitcoin.” Mr. Roszak serves on several non-profit boards, including BitGive and the Chamber of Digital Commerce. Mr. Roszak is a board member and beneficial owner of various companies, including: Barefoot Landing, Dunvegan Space, Eboost, MissionMode, Onramp, Robocoin, SolidSpace, TrueLook and Viwawa. Mr. Roszak has spent over 18 years in private equity and venture capital with Advent International, Keystone Capital Partners, Platinum Venture Partners and SilkRoad Equity, and has invested over $1 billion of capital (from start-up to IPO) in a broad range of industries.