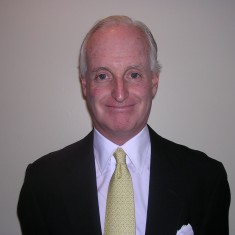 Mr. Smith started his healthcare career at Baxter International, a diversified medical products and services company, from 1978-1990. While at Baxter, Mr. Smith served as Chief Operating Officer of Baxter’s Japanese Subsidiary located in Tokyo. Subsequently, he was the President of Baxter’s Caremark Division. In 1991, Mr. Smith founded and led CorSolutions, Inc., which became a leading national disease management company. CorSolutions was sold in 2005 to Matria Healthcare for an IRR of 25%. Mr. Smith also founded and led Medmark, Inc., a leading specialty pharmaceutical distribution company which was also sold in 2006 to Walgreens for an IRR of 45%. In the case of both CorSolutions and Medmark, Mr. Smith was responsible for developing the business plans and management teams and securing funding. During his career, Mr. Smith has served as a director of a number of both public and private healthcare companies. He currently serves as a director for Matrix Medical Corporation, Smartpill Corporation and E-O2 Concepts, Inc. Mr. Smith received his BA from Princeton University and his MBA from the University of Chicago.