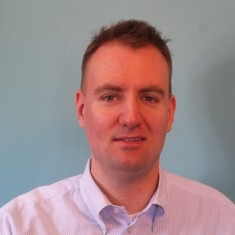 When you arrived at Lake Forest College, did you know you wanted to major in history?

When I started college, my original plans were to major in math and become a teacher.

If you did not originally intend to major in history, what changed your mind?

Two things changed my mind: 1) Calculus II was the most difficult course I’d ever taken in my entire education and I was not able to keep up in Math; 2) Lake Forest College’s emphasis on reading and writing was apparent from the outset in each and every class – we were even assigned Dostoyevsky’s “The Gambler” in a freshman-level math course – and I began to become more comfortable with and interested in Humanities subjects, such as history and literature.

Can you describe a History professor who had a particular influence on you?

The most influential professor and class I had in terms of my future career path were Professor Michael Ebner and his American Cities course.  I was introduced to the profession of urban planner and it dovetailed serendipitously with my general interest in architecture and cities, as well as my inability to conquer enough hard math to ever consider becoming an architect or engineer!  But seriously, that course and Professor Ebner’s enthusiasm for urban places and spaces sparked a curiosity in my mind as to the potential of a career involving cities from a planning perspective.

Was there a particular piece of work that you remember as especially rewarding or challenging?

While I did not write a senior thesis, I did take a capstone course for the History major that involved the most challenging and rewarding assignment of my undergraduate studies at LFC.  The course topic was the mid-20th century Cold War between the U.S. and Soviet Union and was taught by Professor Steven Rosswurm. The final paper was a 20-25 page analysis of a Cold War-related topic, but the thing I remember most was Professor Rosswurm’s comments that the process of outlining a structure and argument for the paper should be a valuable learning experience in and of itself.

How did your history major prepare you for advanced studies?

I first worked for a couple years in a field not directly related to my History major, but during that time I began reading a lot about the urban planning profession. With Professor Ebner’s support and mentoring, I enrolled in a Master of Urban Planning program and subsequently obtained an internship with the City of Lake Forest.

Many of our students worry that traditional liberal arts majors (particularly in the humanities) will not translate to job skills. Share your advice.

Employers have valued the skills obtained through my History major.  I present these skills as an ability to analyze data proficiently as well as communicate effectively, both orally and in writing.

How do the skills and knowledge you acquired in your history major inform your day-to-day work?

The strong communication skills I gained through the History major assist and enhance my everyday interactions with the general public and external stakeholders, such as builders and developers.  Additionally, the History major trained me to see present day projects through the lens of history – what came before and how does the current proposition fit (or not) within the specific context? – which is particularly helpful when reviewing new/redevelopment plans within a historic part of a community.