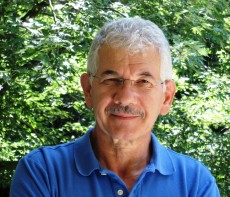 Lake Forest College Professor of Psychology Sergio Guglielmi has received an $83,430 grant from the U.S. Department of Education, National Center for Education Research, to fund his research on the academic achievement of Limited English Proficient students. Guglielmi was the only faculty member from a liberal arts college among the 52 awards granted by the Center for fiscal year 2009.

“The educational needs of the rapidly growing Limited English Proficient (LEP) population are not adequately met by our schools,” Guglielmi wrote in his grant abstract. “A deeper understanding of the pedagogical, institutional, and pychosocial mechanisms that promote learning in LEP students can contribute to the development of more effective educational policy and practice. The findings of the proposed project should have important implications not only for theory and policy concerning the education of LEP students, but also for the broader discourse on controversial issues related to the influence of self-perceptions on educational outcomes.”

The grant will support research for two summers (2009 and 2010) and two academic years (2009-2010 and 2010-2011). The topic is an extension of work he began in 2004, supported by a grant from the Carnegie Corporation of New York. This work “provided the conceptual and methodological foundation for the present project and was published in the Journal of Educational Psychology,” Guglielmi describes.

Guglielmi’s research on this topic, he says, derives from work he did supervising Amber Birch Trujillo’s ‘03 senior thesis on bilingual education. “Amber was strongly committed to improving the educational opportunities of language minority students, and it was she who first made me aware of the challenges and controversies facing educators in this area,” he added.

The current project tests the bilingual education hypothesis that Limited English Proficient students will be more successful in both learning English and overall academic achievement if they are able to retain and develop proficiency in their native language because this improves the student’s self-esteem.