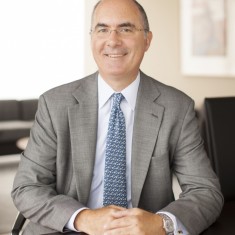 Jeff Walters co-founded LaSalle Capital in 2003 and is responsible for sourcing investment opportunities, overseeing due diligence, structuring and negotiating transactions, portfolio management and investor relations. Prior to joining LaSalle, Mr. Walters founded Chicago / Europe Partners L.P., where he served as Chairman of Pudliszki Holdings, S.A., a large tomato and vegetable processing company purchased through privatization from the government of Poland. Previously, he was a Managing Director and Partner with BT Securities Corporation and Bankers Trust Company and a Vice President with Citicorp’s Leveraged Capital Group. Mr. Walters began his career as a Commercial Banking Officer with American National Bank & Trust Company of Chicago. He was born in Wisconsin and grew up in the northern suburbs of Chicago. He holds a BA from Tufts University.