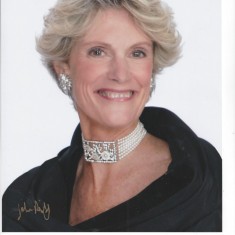 ﻿Ellen A. Stirling is the Chief Executive Officer and Owner of The Lake Forest Shop in Lake Forest, Illinois.  Ms. Stirling assumed the presidency of the Lake Forest Shop in 1987.  Within four years, she created a newer, more sophisticated brand, turned the store around, eliminated all debt, and achieved record profitability.  A family-owned business, The Lake Forest Shop was founded at its present Market Square address in 1922 by Stirling’s grandmother, civic leader Margaret Baxter Foster.  The Lake Forest Shop celebrated its 90th birthday in 2012 with a sparkling renovation.  Additionally, Stirling was CEO of Zita of Milwaukee from 2005 to 2007.  Like The Lake Forest Shop, Zita was a premier women’s specialty store.  During her two year contract, she returned Zita to profitability.  Stirling attended the University of Chicago, where she pursued a degree in Art History.  Following her graduation and marriage, she continued her studies at the University of London from 1972 to 1975.  She also worked with Charlotte Ford in London.  She is a member of the Women’s Board of the Lyric Opera of Chicago, founder and past vice-president of the Auxiliary Board of the Art Institute of Chicago, and a member of the Costume Council of the Chicago History Museum.  She is a founding director of the Lake Forest Bank and Trust and was chairman of the Bank’s Business Development Committee from 1991 - 2011.  She is also a member of The Lake Forest Garden Club and past member of Lake Forest Open Lands and the Elawa Farm Foundation.  Ellen and her husband, James Stirling, have three children and five grandchildren.