At the men’s tournament in Greensboro, North Carolina, the Lake Forest College men’s golf team completed day two of the 2018 NCAA Division III Championship Tournament on Wednesday in 33rd place. Only 18 of the 42 teams make the cut and continue playing the final two rounds.

The Foresters’ top individual finisher on Wednesday and in the tournament was senior Davis DeKorte, who closed out his career with back-to-back rounds of 75 and was tied for 56th place in the 217-player field. After starting the second round with three consecutive bogeys, beginning on hole 14, he carded nine pars, three birdies, and three bogeys the rest of the way. DeKorte recorded an eagle on Tuesday, one of just nine during the first two days of the tournament combined.

Lake Forest sophomore Jacob Krugman, who matched DeKorte with a 75 in the opening round, finished day two with a 78 and was in a tie for 86th place overall. He also had three birdies on Wednesday. Krugman’s 75.50 scoring average for the season broke the program record of 77.16 that he set a year ago.

After posting matching scores of 80 on Tuesday, juniors Elijah Collins and Ricky Schmidt completed the 7,150-yard, par-72 East Course at Grandover Resort in Greensboro, North Carolina, in 83 nd 84 shots, respectively, in round two. With an 89 on Wednesday, sophomore Austin Aksoy improved six shots from day one to day two.

The Foresters’ total score after two rounds of play was 630. Guilford College leads the field at 578 and Rhodes College was the last team to make the cut at 607.

Lake Forest finished the season with a scoring average of 311.18, eight strokes per round better than the program’s previous record. 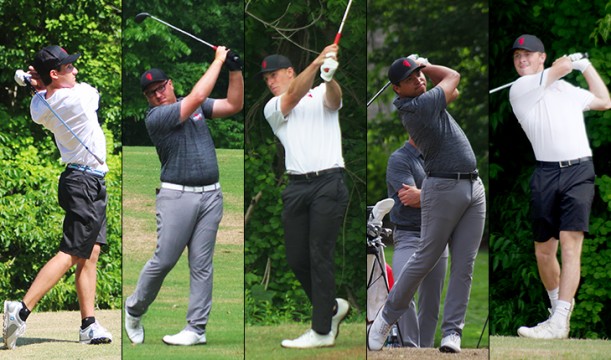