This contest gives students the chance to demonstrate their Chinese-speaking abilities and provides the chance to travel to China for the national competition. More than 30 participants delivered a three- to five-minute speech and presented a Chinese cultural talent.

“The speeches and talents further solidified my interests in China and in learning Chinese by exposing me to parts of the Chinese culture I wasn’t familiar with,” said Cynthia Padron ’18, who won a bronze medal in the contest. “I eventually want to travel to China, for both personal trips and to pursue a career there.” 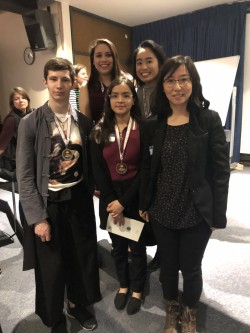 Despite being nervous about public speaking, Gyaltshen is glad to have participated. “Not only was I able to practice my Chinese and increase my vocabulary, I was also able to showcase a bit of Bhutanese culture and, at the very least, let people know where Bhutan is,” she said.

The Lake Forest College Modern Languages and Literatures Department hosted the competition, which was attended by more than 80 people, with 11 different Midwest schools participating.

Every year, the speech contest attracts contestants from more than 20 universities and colleges. In the last four years, the competition has been hosted by Purdue University (2014), Notre Dame University (2015), DePaul University (2016) and University of Wisconsin-Madison (2017).

Assistant Professor of Chinese Ying Wu, chair of the competition’s organizational committee, explains that “as the first liberal arts college to host the contest, I believe the event not only enabled us to explore collaborative opportunities with other higher educational institutions but also helped build our leadership recognition in promoting the Chinese language and culture across the Midwest.” 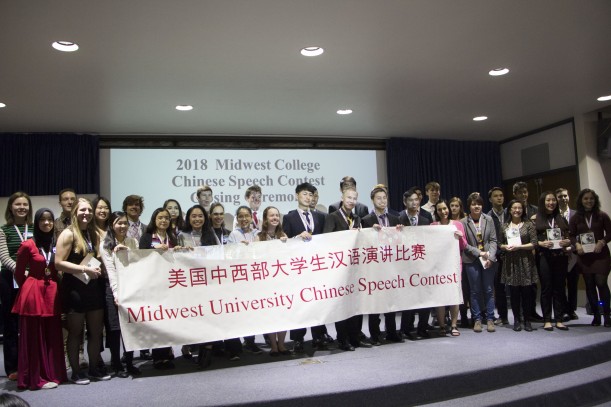