Assistant Professor of Sociology Todd Beer worked with a team of Lake Forest College students and recent alums to conduct survey research at the Peopleâ€™s Climate March in both Washington, D.C. and Chicago.

Another nine current students faced cold and wet weather in Chicago to gather data from 5,000 people gathered to march from Federal Plaza to Trump Tower. Collectively, Beerâ€™s teams gathered nearly 1,000 pen and paper surveys from participants in the two marches.

There were reportedly 200,000 people who marched from the U.S. Capitol Building to the White House and then on to the Washington monument in order to demand climate change action by the current administration.

Beer has conducted survey research at similar prominent climate change protest events, including Paris in 2015 at the UNFCCC COP21 meetings as part of his Hotchkiss Research Sabbatical as well as the first Peopleâ€™s Climate March in New York City in the fall of 2014 with Cassandra Balzer â€™16, Chelsea McDonald â€™16, and Ben Labaschin â€™16. 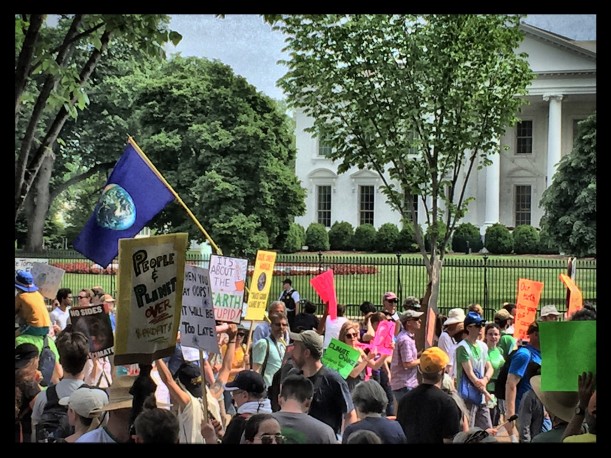 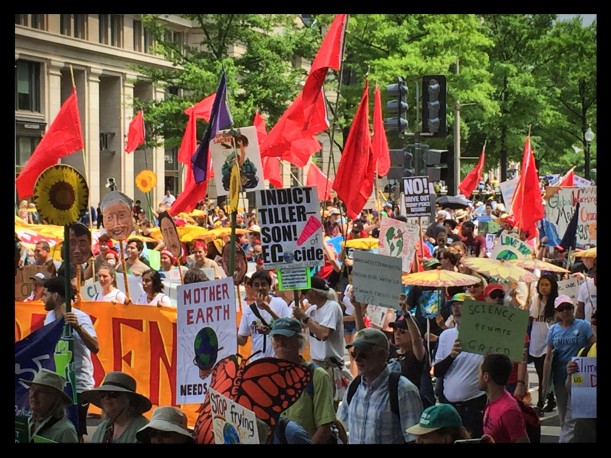 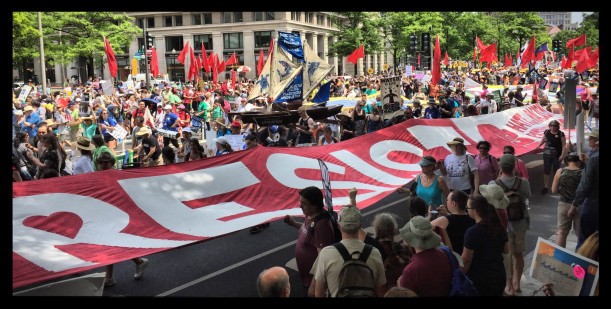