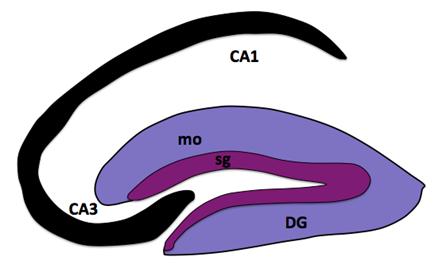 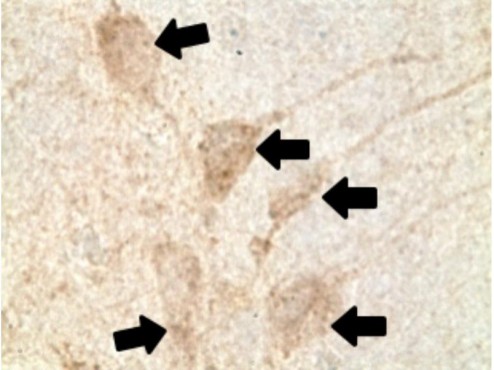 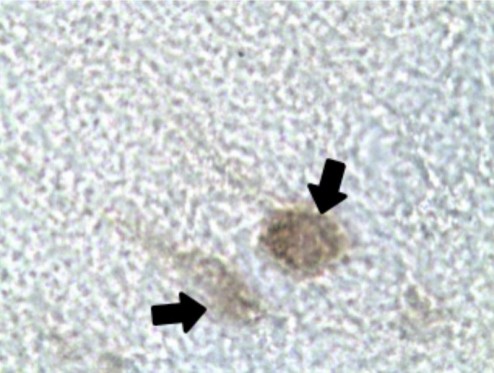 Doublecortin staining could not be quantified because of light staining and time constraints. Counting the stained cells would have been difficult and required more time than available. However, had quantification been possible, three judges would have identified the regions with doublecortin staining and counted the doublecortin-positive cells. Judges would have used the Allen Interactive Brain Atlas to become familiar with identifying regions of the brain, specifically the hippocampus. Observers would have been blind; all identifying information about the slides would have been concealed from the judges during counting. The data reported by each judge would have been compared for agreeance with a Fleiss’ kappa, with a majority of votes determining placement by brain region and ties excluded.
A Kruskal-Wallis test would have been run to determine if any difference in the number of doublecortin-positive cells between the brain regions was significant. This omnibus test controls for false positives in the same way as an F-test would for parametric data. A nonparametric test was chosen because the distribution of the doublecortin-positive cells is highly skewed, with previous literature finding these cells solely in the dentate gyrus out of the three regions studied, and also due to the small sample size of this study. Large sample sizes are necessary for parametric tests, but are not necessary for nonparametric ones, which means the nonparametric test we chose offers more power under conditions which violate the normality assumptions. A Dunn’s multiple comparison test would have have been used to follow up and determine which of the differences were significant in the event of a rejected null hypothesis result from the Kruskal-Wallis. Dunn’s multiple comparison test is well suited for the hypothesized data because it is robust even to large differences in sample size, as was expected in these results. 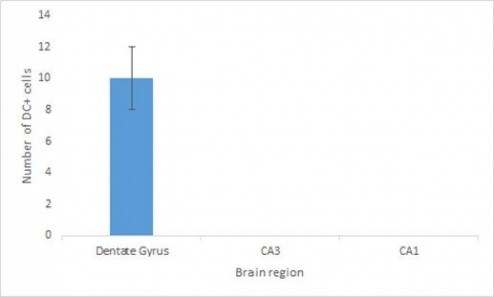 Figure 4. An example graph shows how doublecortin (DC) staining could have been quantified. If the hypothesis were supported quantification would reveal DC-stained cells are isolated to the dentate gyrus.

Discussion
Before the experiment, the protocol was tested using one section from each rat sample. The two day test was considered successful if the counterstain done on the second day turned out well. The counterstaining was successful; therefore, the protocol was shown to successfully stain doublecortin in rat hippocampi.
Consequently, the rest of the sections proceeded to be stained. Despite slight adjustments in the protocol, all of the sections only had light staining. This made identifying doublecortin positive cells difficult. Nevertheless, microscopy revealed some successfully stained granule cells in the granule cell layer of the dentate gyrus, as hypothesized (Figure 2). Due to the difficulty in identifying stained cells, other regions of the hippocampus were not analyzed to establish the localization of doublecortin positive cells to the dentate gyrus.
The results confirmed that the immunohistochemistry protocol supplied by Denny et al. (2012) successfully stained doublecortin positive cells in adult rat hippocampal sections, specifically in the dentate gyrus. However, further adjustments, such as the time sections were in 0.1% cresyl violet, could be made for more effective, darker staining. This would allow quantification of the staining to be markedly easier and less time consuming.
These results have largely been consistent with existing literature; Rao and Shetty (2004) found doublecortin-positive cells in the granule layer of the dentate gyrus. This corresponds with where our own doublecortin-positive cells were found. Brown et al. (2003) found prominent expression of doublecortin in the dentate gyrus and along the lateral ventricle wall/olfactory bulb axis in adult neurons, but expression elsewhere decreased to levels too low to measure. Other researchers have found similar results. (Nacher et al., 2001) However, these researchers did not all use the same methodology. Brown et al., for instance, sacrificed their rats at various points in time. The similar results despite differences in methodology imply that the results are more robust than previously thought. In contrast, this study’s tissue donors were all sacrificed at approximately the same age. The results from the present study support previous findings that doublecortin is present in adult dentate gyrus cells, but not the CA3 and CA1 regions, where expression is undetectable.
Time constraints and the difficulty in identifying the lightly stained cells limited the results. Only two sections were analyzed under microscopes. Other sections may not have had positive staining in the dentate gyrus. In addition, the overall method of immunohistochemistry is limited to measuring a single point in time; it is unknown, based solely on this methodology, how doublecortin levels varied within each subject over the course of its life, as only the levels at the moment of expiration were recorded for study.
The protocol utilized in this study, with minor modifications, has potential future use in quantifying doublecortin-positive cells in rat hippocampi. After quantifying doublecortin levels in rat hippocampi under constant conditions, further research could be done on how doublecortin levels alter under various treatments. More specific measurements of where the doublecortin-positive cells are located within subregions of the dentate gyrus could help to elucidate the role it plays in the development of immature neurons, and the role its mutated form plays in cases of lissencephaly. In addition, neurogenesis can be modelled with markers such as doublecortin; this protocol will likely find use as a method of quantifying neurogenesis in future studies.

Note: Eukaryon is published by undergraduates at Lake Forest College, who are solely responsible for its content. The views expressed in Eukaryon do not necessarily reflect those of the College.