Work on the renovation and expansion of Johnson Science Center—the most visible project in Access: The Campaign for Lake Forest College—has begun.

Site preparation for the 130,000-square-foot facility on Middle Campus—which will include a dramatic new addition, as well as the upgrading of existing space—started in early summer, following approval by the College’s Board of Trustees on May 6.

Demolition of Johnson C—the circular former science library that has been vacant since the Center for Chicago Programs moved to the Mohr Student Center in fall 2015—began Tuesday, July 26. The bridge between Johnson A and B will be demolished next. The foundation for the new addition will be formed and poured by the end of summer, when erection of the steel structure will begin and continue through November.

Construction of the addition is scheduled to take approximately 18 months and be completed by the end of the 2017 fall semester. Once the addition is finished, the second half of the Science Center project—renovation of Johnson A, B, and D—will begin.

Renovation will take place between January and August 2018. The entire project is scheduled for completion by the beginning of the 2018-19 academic year, according to Krebs Provost and the Dean of the Faculty Michael Orr. 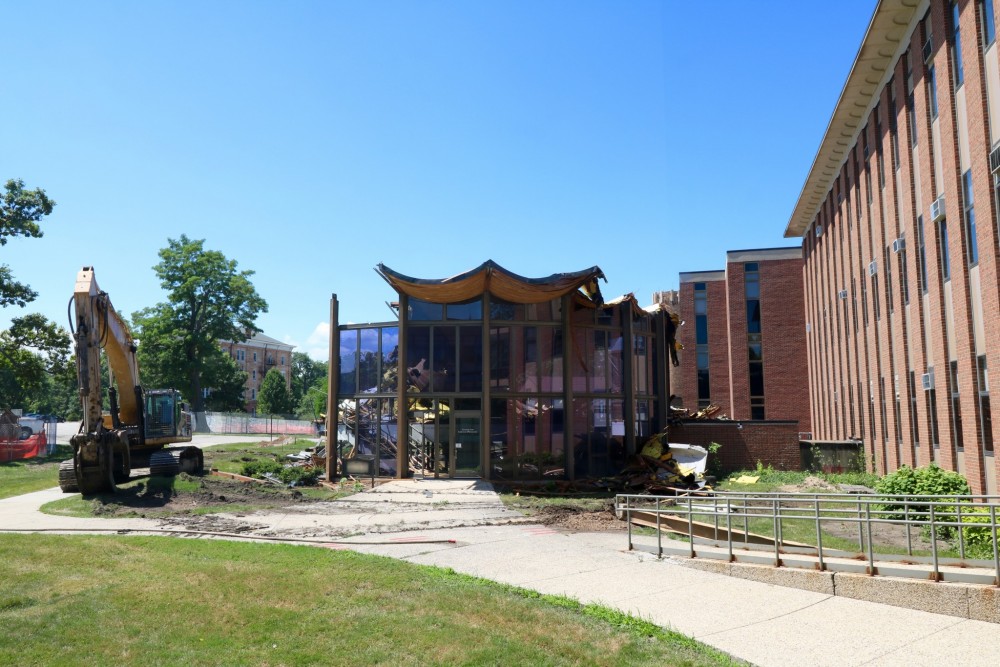