Bacteria are the most abundant and diverse organisms on the planet. They continuously adapt and evolve, especially when their survival is threatened. In the case of antimicrobials, bacteria are known to adapt in order to continue growing in their presence. Over time, a strain of bacteria may become resistant to multiple antimicrobials, thus becoming a “superbug” (Centers for Disease Control and Prevention (CDC), USA) (Figure 1). 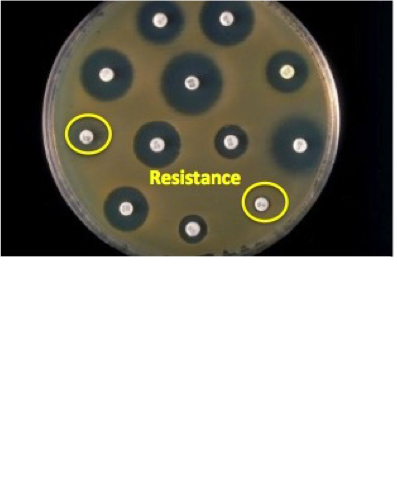 Treating superbugs require more expensive and dangerous antimicrobials, and even then, the superbug may adapt and become even harder to kill. One example is methicillin-resistant Staphylococcus aureus (MRSA). MRSA is resistant to common beta-lactam antimicrobials such as methicillin, amoxicillin, penicillin, nafcillin, oxacillin, and cephalosporins (Lowy, Sexton, & Baron, 2008). Treatments for MRSA require more toxic drugs, such as vancomycin and minocycline. Unfortunately, vancomycin-resistant Staphylococcus aureus (VRSA) are beginning to appear (Weinstein, & Fridkin, 2001). VRSA is currently understudied, and  even more advanced treatments must be developed to treat it effectively; even then, the new treatments could result in another resistant variant. This cycle of antimicrobial-resistant bacteria evolving faster than researchers can make safe and reliable treatments continues due to the lack of regulation on antimicrobial use. To prevent the creation of these superbugs, antimicrobials must be administered as a last resort.

The meat industry has grown exponentially in the last couple of decades. Meat production has increased from 70.92 tons to 315.14 tons between 1961 and 2013 (Ritchie & Roser, 2017). As meat production grows, so does the use of antimicrobials on livestock. Currently, 73% of all antimicrobials are being used on livestock to keep up with demand (Van Boeckel et al., 2019). The bacteria in these livestock are becoming resistant to antimicrobials faster than they are in humans, due to the constant turnover of animals. Many of these meat producing countries are low and middle income. In these countries, the proportion of microbes with antimicrobial-resistance over 50% went from 0.15 to 0.41 in chickens (Figure 2). In pigs and cattle, this increase in proportion was 0.13 to 0.34 and 0.12 to 0.23 respectively (Figure 2).

In order to combat this antimicrobial abuse crisis, the CDC has created the National Antimicrobial Resistance Monitoring System for Enteric Bacteria (NARMS). This program focuses on tracking changes in antimicrobial susceptibility of certain bacteria in ill people, commercial meats, and food animals (NARMS, 2019). NARMS has been assisting in tracking the growth of antimicrobial-resistant bacteria by collecting data from the CDC, the FDA, and the USDA and combining it all to target specific causes. They can monitor the movement of these bacteria in meat as it being processed to when it  eventually ends up on shelves. This information can help warn distributors to recall meat before it is made available to consumers. Despite this increased vigilance, the core problem of antimicrobial abuse is not being addressed.

Van Boeckel and his team are currently trying to promote communication between researchers and veterinarians in countries with high meat production (Van Boeckel et al., 2019). They created a website for those in the area to upload data of locations known to have had antimicrobial resistant bacteria to give  researchers the ability to track down the causes of antimicrobial bacteria creation (Figure 3). This is the best way to combat antimicrobial abuse in livestock since the industries producing the meat prefer not to share their use of antimicrobials. Even if they did, it would not accurately reflect how much farmers use on their animals. By utilizing reports from veterinarians and researchers that are directly monitoring livestock, programs like the CDC can track where antimicrobial bacteria may appear. More accurate data also allows researchers to come up with alternative treatments for  the livestock. As mentioned before, antimicrobials need to be used only if all else fails. 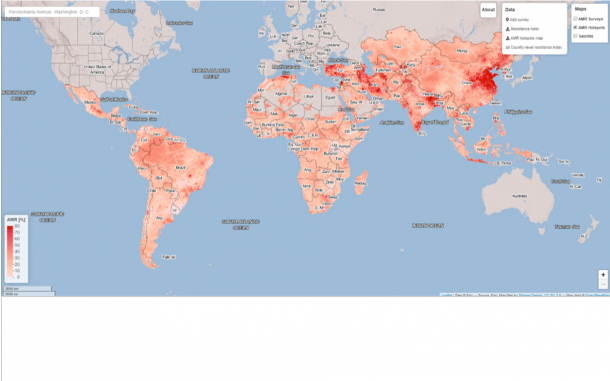 The increasing appearance of antimicrobial-resistant bacteria needs to be addressed because treatments cannot be produced fast enough. The meat industry is a highly unregulated and undocumented area of antimicrobial use. Despite the CDC already monitoring bacterial evolution, researchers are recognizing that more data needs to be collected in areas where meat production is high.