Advances in Neuroscience: The Chicago Edition 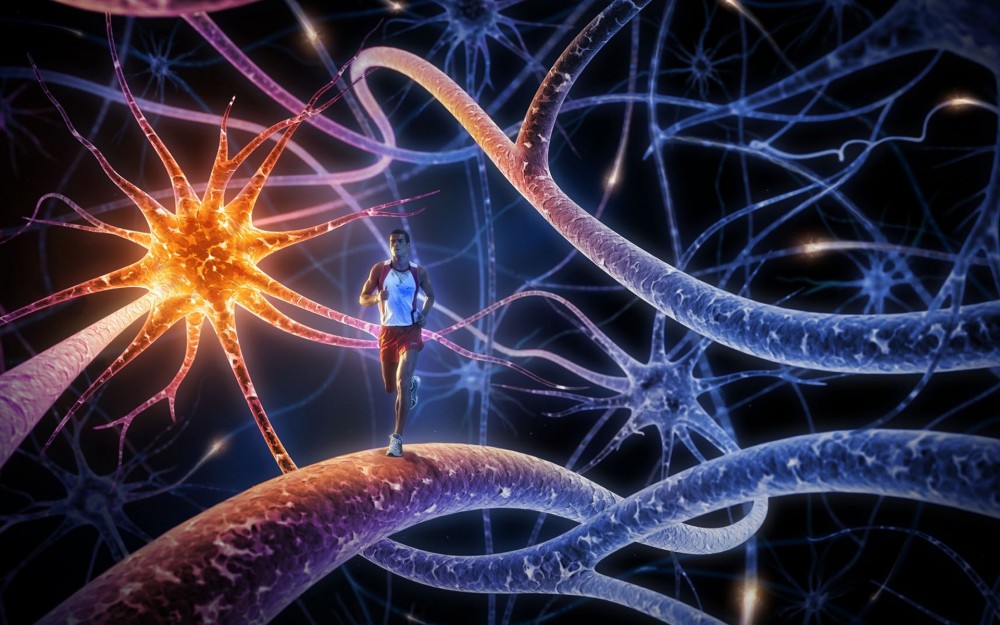 On Friday, March 23rd, 2018, I got to attend and experience my first real scientific conference. The Chicago Society for Neuroscience meeting was a day-long event held downtown at the Northwestern University Memorial Hospital. This is a meeting that is held annually for research scientists and students to present and discuss their ongoing work with the scientific community and engage the public with new discoveries and treatments. As a newly declared Neuroscience major, I attended this meeting along with the rest of my BIOL130 class from Lake Forest College. With many undergraduate students, graduate students, and post-docs, as well as professors and research scientists attending, this was quite a major event. The main research theme of this conference was focused on several neurological conditions such as epilepsy, Parkinson’s disease, and stroke. The 2018 Chicago Society for Neuroscience Meeting was a fascinating one, showcasing some of the best neuroscience research in the Chicago area through interesting lectures and poster sessions.

New breakthroughs in neuroscience research and medicine were displayed through the general poster sessions and major symposia by researchers with varying levels of experience. This is important for a general scientific audience to consider because sharing new research with other individuals as well as students can help people understand current advances in scientific technology, treatments, and health. Kevin Wilkins, a graduate student in Northwestern University’s Interdepartmental Neuroscience Program, presented his poster on individuals affected with stroke and how device-assisted task intervention could prove to be helpful in cortical and physical function. He determined that individuals with moderate to severe chronic stroke showed similar cortical reorganization to those with mild chronic stroke when they were lifting their shoulder and opening their hand at the same time while using an assistive device. An increase in grey matter density was found in the sensorimotor cortexes in the ipsilesional hemisphere, the part of the brain that is affected by stroke. This was interesting to me because I recently learned in my neuroscience class about the two different kinds of tissue in the central nervous system: white matter and gray matter. White matter helps connect grey matter areas to each other, while grey matter contains most of the brain’s neurons, dendrites, and synapses. Grey matter includes the areas of the brain responsible for many functions like muscle control, speech, and sensing which is directly affected by stroke. The increase in grey matter means that neuroplasticity is found to be key in determining a positive outcome in those suffering from chronic stroke. During the plenary afternoon symposia, I attended a lecture about exercise and neuroprotection in Parkinson’s disease by Dr. Daniel Corcos. Dr. Corcos discussed how progressive resistance exercises are beneficial to patients with early onset Parkinson’s disease. Dr. Corcos found that in 12 weeks of weight training and high-intensity exercise, Parkinson’s patients had increased cortical thickness in the brain. During his presentation, Dr. Corcos discussed how anything a person can do to maintain cortical thickness is good as this helps increase dopamine metabolism and neuroplasticity; therefore, slowing down the symptoms of Parkinson’s disease. Exercise can, and should, be taken as a preventive measure towards reducing Parkinson’s disease symptoms by those who may be predisposed to the disease. I was intrigued by his findings, as my class and I are currently learning about a few select diseases, with Parkinson’s being one of them. This finding is important for new possible treatments, because although there are currently medications for Parkinson’s, the effects of these medications tend to become reduced over time. I learned that high-intensity exercise actually reverses the dendritic spine loss in medium spiny neurons in the basal ganglia and helps reduce balance impairments. It’s very possible that in the near future exercise may just become a new medicine for those with early onset Parkinson’s disease. 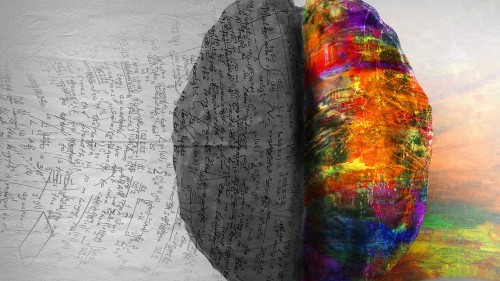 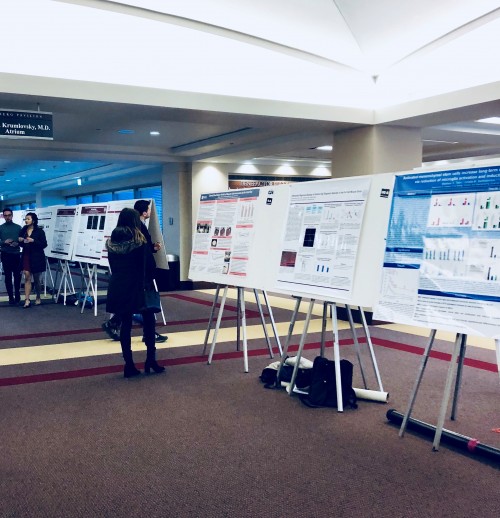 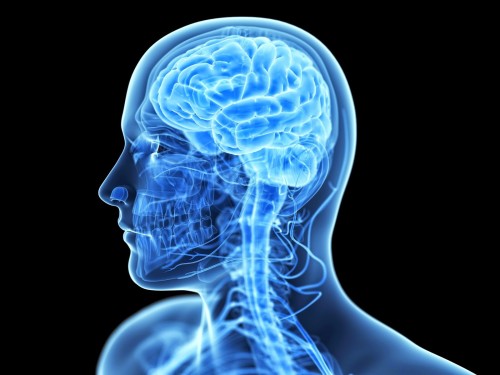 I expect this conference will have a powerful impact on the scientific community, as well as the general public. Highlighting the advances in research on neurological conditions not only makes this conference interesting to attend, but also allows individuals to connect with the theme on a personal level, as many people have friends or family that are affected by a neurological condition in some way. I believe that it’s important for young undergraduates to attend such conferences, as one can establish networks and truly attain a lot of knowledge from experts in their field of neuroscience. I found the receptions and meals during the conference to be noteworthy, as it was nice to be provided with refreshments and food since attending a day-long conference can be quite exhausting. At the conference, I had the chance to interview a fellow undergraduate student, Grace Dodis ’21.

Q: How did this conference impact you?

A: “As a freshman it was really cool to have the opportunity to attend this conference. It was inspirational to see how professionals present their work.”

Q: What skills can undergraduates attain by attending scientific conferences?

A: “Students can observe good presentation skills, learn to ask excellent questions, and gain more confidence in understanding difficult science concepts. The more that undergraduates are exposed to difficult scientific material the sooner they will grasp a better understanding of those difficult topics which is an invaluable learning experience that is important for success.”

Q: Are there any suggestions you have for improvement on next year’s conference?

A: “The poster session could be in a bigger space and posters could be more spread out. It was very crowded and hard to hear researchers presenting with everyone else talking and asking questions in the same area.”

Q: How do you think this conference impacts the scientific community and public?

A: “New possible treatments and discoveries impact the general public or anyone who may have the disease. New therapies are constantly being discovered for diseases to help people.”

Q: What are some interesting themes you noticed? Do you feel as if you were able to connect with and extend these themes with what you’re currently learning in your science classes at Lake Forest College?

A: “There was a prominent neurodegenerative disorders theme. In today’s society there are still many diseases without treatments or cures. The more researchers study the more they can contribute to all types of scientific fields. I was definitely able to connect these themes with what I’m learning in class. If I wasn’t in Dr. DebBurman’s class I would have a difficult time understanding what was going on at this conference. Thanks to his class, which involves several projects requiring the reading and comprehension of primary scientific articles, I was able to get a better understanding of what the researchers were discussing here at the conference.”

This conference is not just for undergraduates, as all types of people can benefit from attending by learning something new. There is quite a lot of remarkable research that is being done here that is important for the future of medicine and for helping those who suffer from neurodegenerative diseases in today’s society.

To write this news report, I attended the Chicago Society for Neuroscience Annual Meeting. I brought my legal pad and pen, then proceeded to attend the poster sessions in which I asked the researchers questions about their work they were presenting. I took a few pictures and notes throughout the day as I attended the symposiums, lectures and peer interviews. Once I had written out a basic rough draft of my report, I made an appointment at the writing center with my writing tutor, Rebecca. Rebecca helped me with the organization and flow of my paper as well as fixing any grammar errors I had made. She also taught me how to cite a peer interview in my paper properly, APA style. I added to and made revisions to my paper according to her suggestions. I also included images and a catchy title for my paper to catch the readers’ interest.