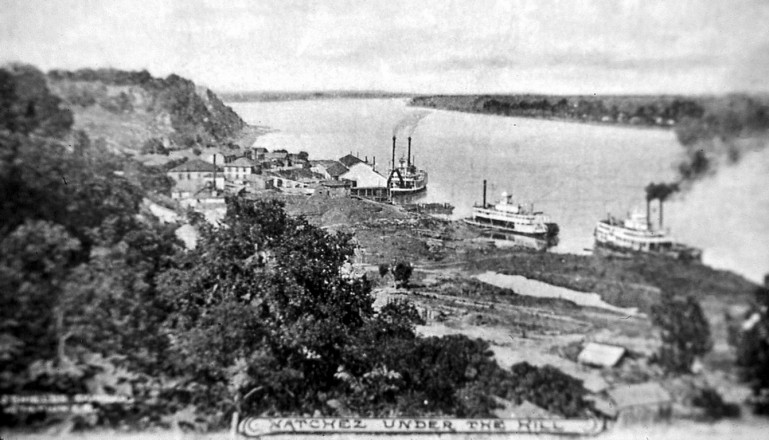 The Forgotten Voices of Natchez-Under-the-Hill: A History of Prostitution Along the Mississippi

Located in the southwest corner of modern day Mississippi along the banks of the Mississippi river, Natchez-under-the-hill sits beneath a 200 ft bluff that houses the city of Natchez.

-Settled originally by the Natchez Tribe

-Mid 1700’s dispute over rights to a sacred village leads the Natchez Tribe to massacre the French setters. The French retaliate and wipe out most of the tribe, but chose not to remain in the area

-1763 the Spanish take over the region and begin building a city atop the bluff. During this time Fort Rosalie was re-christened “Natchez-under-the-hill”

-1798 Natchez comes under the control of the United State

-1822 After several years of fighting, the former residence of Natchez-under-the-hill are fully restored

-1840 A tornado hits Natchez-under-the-hill wiping out the remaining residence. The region is then slowly reclaimed by the Mississippi 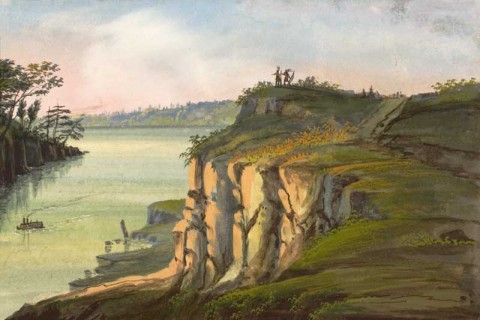 What is the Difference Between Natchez and Natchez-under-the-Hill?

Natchez-under-the-hill is the lawless underbelly of Natchez the city. The city is located on top of the bluff and is characterized by the wealthy cotton planters who capitalized on the fertile agricultural lands. Natchez-under-the-hill, known formally as Natchez Landing, describes the city’s port which was isolated below on the banks of the river. Mississippi Historian Harnett T. Kane describes Natchez as “a town with a split personality.” While the city atop the bluff adopted a Southern gentile culture, Natchez Landing was marked by all of the traits of a river town. In other words, the way of life in Natchez-under-the-hill was defined by a set of drastically different conditions than the city above and as a result, two very distinct identities emerged. However, that is not to say that the two were not intimately entwined with one another. Natchez-under-the-hill was important to Natchez the city because it provided “the primary transshipment point for the new export staple of the region—cotton, and because it was the major entrepot of the imports—including basic food staples—upon which the inhabitants depended.”

Sin and Vice in Natchez-under-the-Hill

Natchez-under-the-hill is described as “a hell raising , rampaging sin-spot, mecca of men who wanted liquor, song and women.” On any given night the men arriving to the port could partake in gambling, initiate a street fight, or frequent one of the many brothels. The permanent residence of Natchez-under-the-hill included a colorful cast of thieves, vagrants, fugitives, pimps, and prostitutes. 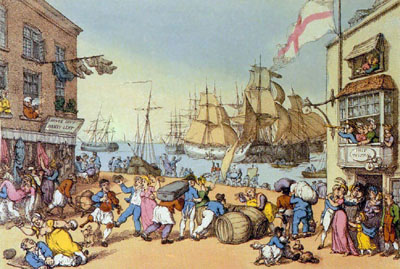 Prostitution was one of the most prevalent industries in Natchez-under-the-hill, but very little is known about the women who worked as prostitutes along the Mississippi.

-Prostitution: The practice of engaging in relatively indiscriminate sexual activity, in general with someone who is not a spouse or a friend, in exchange for immediate payment in money or other valuables.

Brothel: Businesses used exclusively for prostitution. Business transactions were formal and often went through a Madame.

Saloon: A place where alcoholic drinks were served generally associated with Western towns in the US during the 19th century. Sex was often exchanged freely along side the sale of alcoholic

Dance Hall: A business that offered entertainment in the form of burlesque dancing, often closely associated with Saloons. Some prostitutes doubled as dancers and would arrange transactions informally with customers.

Fancy Girl: Term used to described female slaves, often with lighter skin and considered conventionally beautiful, that were sold to men to be used primarily for sex. Fancy girls could also be prostitutes, but not all prostitutes were fancy girls. 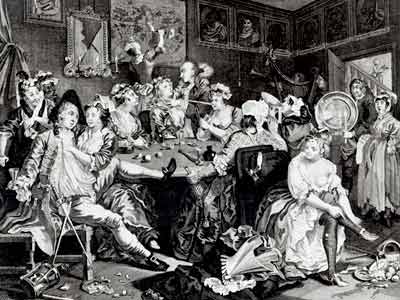 There were a variety of brothels, saloons. and dance halls in Natchez-under-the-hill. Most of them were located on a street called “Maiden Lane” near the river. Although there are some accounts of white women working as prostitutes in the high end brothels a majority of the sex workers in Natchez-under-the-hill were Black, of Native American descent or of mixed race.

The Experience of White Prostitutes

One account of prostitution in frontier towns during the 19th century suggests that some women used prostitution as a form of resistance against traditional gender norms. Because Natchez-under-the-hill was a river town that serviced the men working on the river, there was a demand for the presence of prostitutes and the women who filled this role were granted a certain degree of independence in exchange for their services.

﻿The Experience of Women of Color working as Prostitutes

The majority of the prostitutes in Natchez-under-the-hill were women of color. While some of these women may have chosen their profession based on the independence that it would allow them to have, others were not so lucky. There are accounts of women being forced into prostitution as a form of bondage and fugitive slaves may take on the role of a prostitute as a means of survival. For these women, working as a prostitute was not an act of resistance, but the only viable option.

Prostitution in the Narrative of US History

The women working as prostitutes in Natchez-under-the-hill and other places like it are often ignored and subsequently forgotten. In light of contemporary issues facing prostitutes in America, it is likely that many of these women faced disease, abuse, and social ridicule. By exuding their voices from the narrative of American history, we are distorting the forces that have shaped our culture and preventing ourselves from gaining a thorough understanding of the prevailing attitudes and behaviors in our country. The story of Natchez-under-the-hill is often romanticized to represent the lifestyle of the men living and working on the river as being bold and adventurous. While this may have some truth to it, beneath this story lies a complex system of oppression that has marginalized groups such as women, women of color, and prostitutes for hundreds of year. By resurrecting the voices of these forgot women, we can gain a better understanding of our culture and our history.

Why is this important?

Women’s voices have often been excluded from the narrative of American history. In order to gain a richer understanding of this particular moment in history, the experience of the women working as prostitutes in the port cities along the river need to be included in our understanding of the river’s history and its culture.

There are no direct links between prostitution and the environment, but it is important to remember that the decisions being made about the Mississippi river stem from a complex set of conceptions about man’s relationship with nature. The men who established the river and frontier towns in the West set the president that nature was a conquerable force. The systematic oppression of slaves, women, and the Native Americans during time speaks to a set of socially constructed ideas that white men were the dominate force in society and by extension the environment. While this is only force that would have impacted man’s opinion about his relationship to nature, it is important to consider how the culture of the time may have influenced environmental decisions.

Natchez on the Mighty Mississippi. Where Most Wouldn’t Dare. Web. 2 May 2011