“For now, the Maori language is like the korotangi of old: we cannot be sure whether it is alive, dead, or has already turned into stone.” -Richard Benton

Maori is an Austronesian language primarily spoken in the North Island in New Zealand.Maori is not only the native language of New Zealand, but also the native people of New Zealand. Prior to European settlement in the 1800’s, Maori was the only language spoken in NZ. It was isolated from the rest of Polynesian languages for about 500 years and some dialects developed in different regions of NZ as a result of isolated populations. During this time, Maori had no written form of communication, but they used other methods included carving, knots, or weaving. 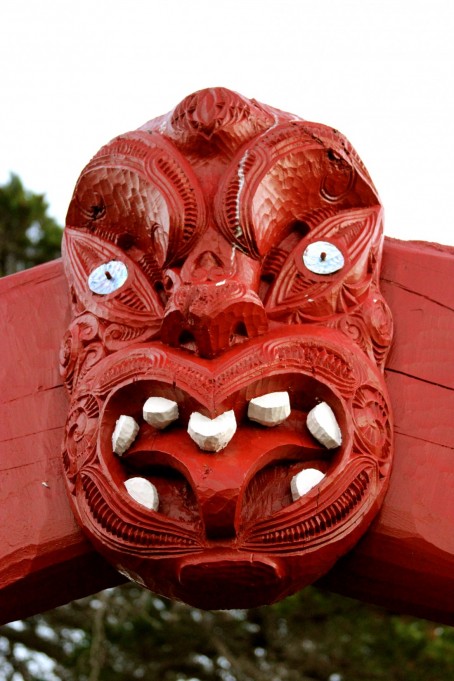 Europeans settlement in the 1800’s marked the beginning of the decline of both the language and the culture. Colonization lead to a rapid decline in the Maori language and many Maori people were forced to assimilate. By the 1860’s the Pakeha people (white New Zealanders) were the most represented people in New Zealand and the English became the dominant language. In a matter of 60 years the Maori language lost its prominence! 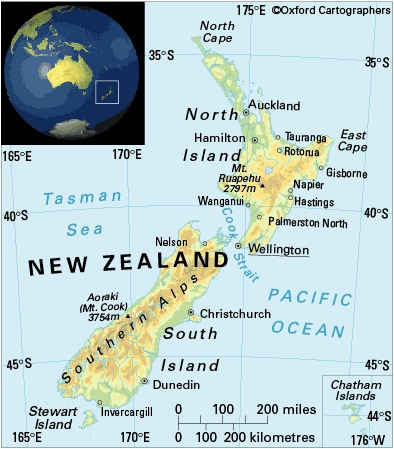 Another major reason for the decline of the Maori language was increased urbanization after the second world war. Before the war, about 75% of Māori lived in rural areas. Two decades later, approximately 60% lived in urban centres. Many urbanized Maori people became divorced with their culture and langue by living in the city and by 1980, less than 20% of the maori people spoke their native language. It was at this time that the Maori people became very dissatisfied with the degradation of their language in New Zealand society and began to take action.

Bringing the Language Back

Before any major legislation was enacted, a Maori language week (Te Wiki o Te Reo Maori) was declared in 1975. This celebration has continued to take place each year since then. This week celebrates the  Maori language and encourages both Maori and non-Maori people to incorporate Maori phrases and words into their everyday speech. This week emphasizes the importance to “cherish the language” (“Arohatia te Reo”).

Learn the 50 Maori words every New Zealander should know. 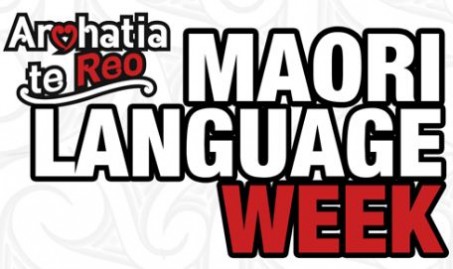 Today, Maori has become a big part of New Zealand culture and there are many efforts to implement the language different ways into society. There are Maori radio stations, tv channels, and Maori has recently been implemented into newspapers. Maori Television now has two channels, one of which (Te Reo) broadcasts 100% Maori language during prime time. Maori radio broadcasting has also played in important role in revitalizing the language. New Zealand musicians have incorporated the Maori language into their music, the New Zealand All Blacks rugby team performs something called the Haka which is a traditional Maori war cry before every match and Maori language and culture has also become an important part of New Zealand tourism.

Current estimates for the number of fluent speakers range from 30,000 to 150,000, which is about 10 to 20 % of the total Maori population. This may not seem like a huge percentage, but it is an improvement from early 1900’s. All Maori now speak English, and almost all Maori today have European ancestry. New Zealand will continue to implement Maori into the everyday life of New Zealanders including the Maori people, the Pakeha people (white New Zealanders), and visitors of the country in an effort to bring awareness to the importance of preserving the Maori language.

Watch the All Blacks preform the Haka

Future of the Maori Language 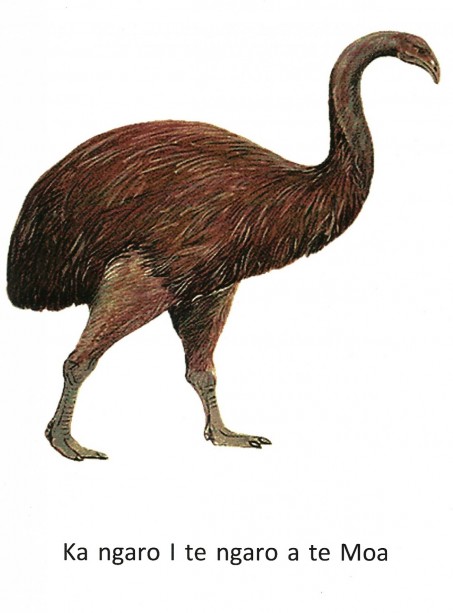 Alas, we are lost as the Moa is lost.