Throughout the vast Pacific Ocean, chains of tiny islands are scattered amongst the waves.  When European explorers “discovered” these islands, and the cultural communities that lived and depended upon them, they grouped the islands under the term, “Polynesia” coming from the Greek phrase, many islands. 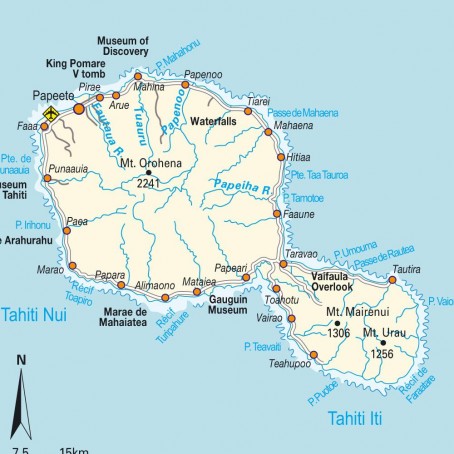 Since then, this name has been used to group diverse cultures into generalized, portable groups.  By creating this distinction and categorizing these peoples together instead of regarding them as equally complex, rich, and sovereign groups.  While the influence of Europeans corroded and made many aspects of cultures in these islands commodities, the indigenous peoples were not passive.  Many resisted colonial rule and continue to resist today.  Rejecting or relegating the colonial, French, in favor of the indigenous language, reo ma’ohi is a key means of expressing and reclaiming identity.  In the same way colonial forces used their language to dismiss the power, agency, and identity of indigenous cultural groups, cultural revivalists are using language to continue and protect their cultures from extinction. 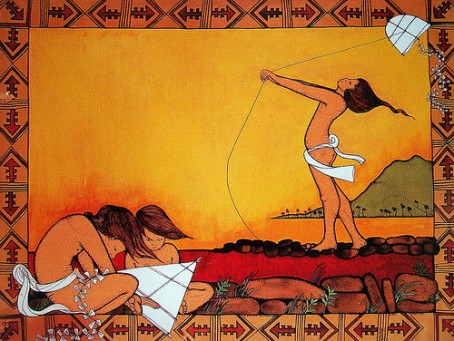 An example of this cultural renaissance in the South Pacific comes from the largest island of what is referred to as the Windward Group of French Polynesia, Tahiti.  Tahiti was first visited by the English Captain of the HMS Dolphin, Samuel Wallis, who laid anchor on June 19, 1767 in Matavai Bay (Salmond 38).  He then claimed Tahiti for England, naming it King George Island (Salmond 61).  He managed to develop a civil relationship with a powerful chieftainess of Tahiti, Purea, despite an initial skirmish in which a fleet of Tahitian warriors beset the Dolphin, flinging rocks and yelling and Wallis retaliated by firing canons at them (Salmond 55-56).  After this disastrous first encounter, Purea, a clever politician, she realized the strength and power of the English, and wanted them to help assert her son conquer the other tribes on Tahiti.  He did not stay, however to help Purea, though his influence on the island remained after he left the island on July 27, 1767. 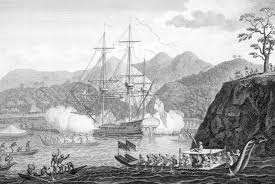 The Dolphin in Matavai Bay

He was soon followed by another colonial power, France.  Louis-Antoine de Bougainille, was the first Frenchman to land on Tahiti just months after Wallis departed.   Unlike Wallis, however, de Bougainville stopped in Tahiti for only ten days before continuing his circumnavigation.  In that small frame of time, he called the land, La Nouvelle Cythere, after the mythical birthplace of Venus and because of the warm welcome he received from all indigenous people (Salmond 109). 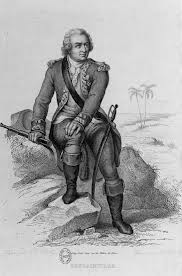 After de Bougainville departed Tahiti, the French did not return for over sixty years.  In that time, they were fighting against their British rivals and neighbors, the French Revolution, and the Napoleonic Wars.  They had little time, finances, or men to send to the little island of Tahiti.  It was not until 1834 that they sent French Catholic missionaries to the island to evangelize the indigenous people.  The mission lasted two years, before the British-supported Tahitians expelled them from the island.  The French retaliated however, two year after that in 1838 by sending a gunboat.  Fearful, the Tahitians, led by the baptized chief, Pomare II, applied to the British crown for protection which they were denied.  Instead, in 1942, the French annexed Tahiti and declared it protectorate (Newell 211–212). 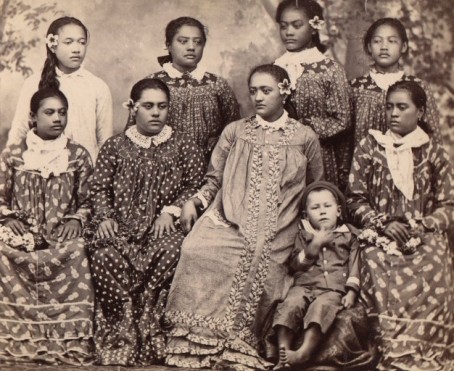 From then on, the French regime imposed their education system, laws, and religion about the Tahitians.  Though the French introduced better health care and a steady stream of foreign goods and supplies, they also systematically tried to erase Reo Ma’ohi.  French became the official language of Tahiti: their postage stamps, literature, Bibles, and text books all were printed in French.  In schools, children were discouraged with disciplinary action from speaking Tahitian in the schools, being tattooed, or being bare-chested (a respectful practice in Tahitian culture).

Years later in the 1960’s, the French would conduct nuclear testing on a nearby atoll which resulted in many cancers, poisoned resources, and under-developed, deformed babies.  Not only were Tahitians prohibited from learning Tahitian in schools, they were also banned from speaking about the nuclear testing in general.  Later, when l’Academie Francaise finally recognized Tahitian and a language under their protection, Tahitian was reintroduced into the education system in Tahiti until 1982 (Mulger and Lynch 292). 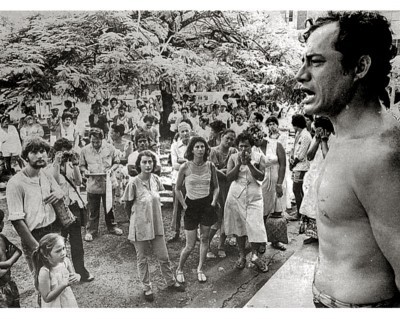 Helping to revitalize the Tahitian language was two artist/activists, Henri Hiro and Bobby Holcomb.  Hiro, was a filmmaker and poet born on the Windward Island of Mo’orea.  While the prohibition on speaking about the nuclear testing was in effect, Hiro and a small group of other activists publicly protested.  He wrote poems in both French and Tahitian calling for commune with the land te fenua ma’ohi.  By referring to the land on Tahitian terms, instead of French ones, Hiro reclaims the name for Tahitians (McMullin 346).  In his interview with poet Rai Chaze, Hiro explains, “For this renewal to continue, Polynesians must write. However, that’s actually the second step. They’ve already taken the first step by building and living in Polynesian-style homes. Having done this, they now must write and express themselves. It doesn’t matter what language they use, whether it’s reo mā’ohi, French, or English. The important thing is that they write, that they do it! (Mai, Hiro, and Toyama).

The following is a film of Henri Hiro reciting Ariipaea Vahine:

Today, poets such as Kareva Mateata-Allain, Rai Chaze, and Chantal T. Spitz, are taking Hiro’s advice and writing.  There poems speak about alcoholism, domesticate abuse, the nuclear fall-out, nature, and conservation, using both ancient symbols in Tahitian oral tradition and new symbols found in the wider globalizing world.  Through their writing, these poets continue to make Tahitian a visible and respected part of Tahitian culture.

Chantal Spitz reading for a poetry event sponsored by Litterama’ohi. 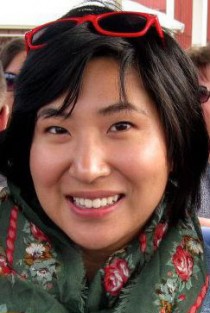 For more facts about Tahtian, a great place to start out is on the Ethnologue homepage: 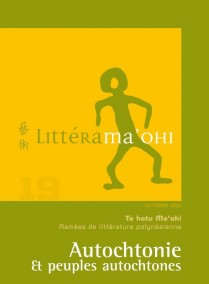 Literama'ohi is the first magazine of French Polynesian poetry, art, and short stories. 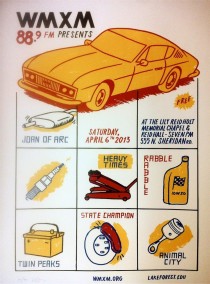 Tune in to WMXM on Wednesdays at 10 AM CST for Endangered Music education.