ES 260 took a field trip down to three of Chicago’s urban environments:

Each student presented in a group on one of these environments, where they were asked to relate the space to class readings and connect the space to broader conversations such as Progressivism and conservationism. 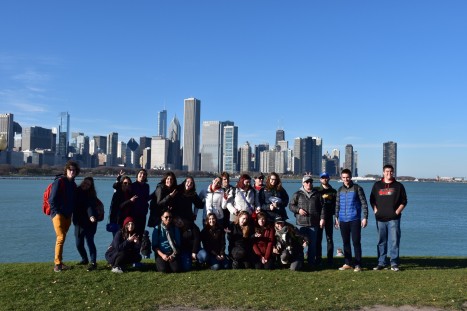 Above: A the northern edge of Northerly Island, looking toward Navy Pier.  Northerly Island was built in the early twentieth century, the only one of a chain of islands Daniel Burnham had designed in his ambitious Plan of Chicago. 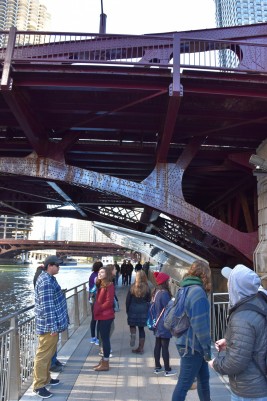 Above: Along the newly opened Chicago Riverwalk, which is just the latest in a series of changes that has converted the river from an industrial and commercial space in the late 19th and early 20th centuries. 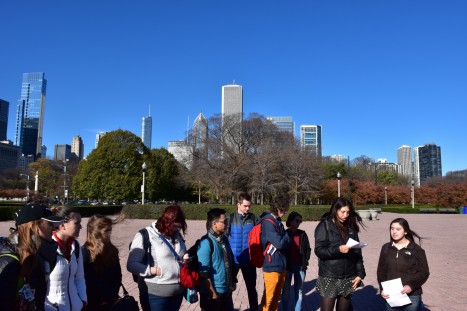 Above: At the plaza surrounding Buckingham Fountain, a part of Grant Park that was part of Lake Michigan before Chicago’s lakefront was built out into leisure space in the late 19th and early 20th centuries. Above: At the southernmost tip of Northerly Island, with a prairie landscape restoration  visible in the foreground, nearly obscuring Chicago’s skyline. Most of Northerly Island – site of the 1933 World’s Fair – has recently been converted from an airport into this more natural landscape.