With a common name of golden alexanders,  Zizia aurea is a flowering perennial forb of the carrot family (Apiaceae). Zizia aurea often blooms from May to June, and it can be found from Quebec to Saskatoon in Canada, south to Florida and Texas in the United States. 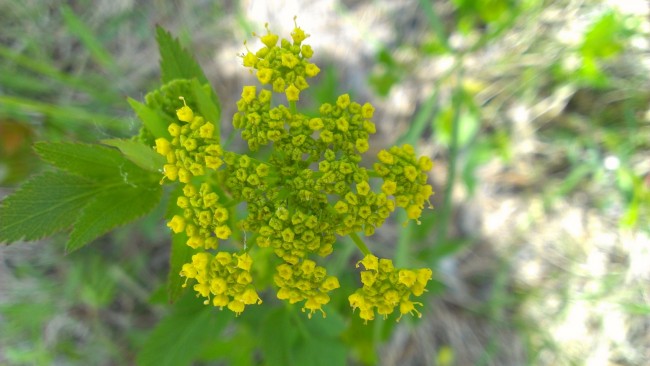 Leaf: Zizia Aurea has leaves which are normally lanceolate, ovate, cordate, or broadly oblong  in shape, and they have serrated edges as well as two or three lobes in the leaf. The variable leaflets are up to 3” long and 2” across, but the larger leaflets sometimes have 1–2 cleft lobes.

Flower | Seeds: Flat to slightly rounded compound umbels of yellow flowers occur at the ends of the upper stems. Each compound umbel is about 2–3” across, and consists of about 12 umbellets. There are about 21 flowers in each umbellet; the central flower of each umbellet is sessile during the blooming period. Each flower is only three millimeters long and has five sepals, five petals, and five stamens.

Trunk | Bark: Zizia aurea is up to 2½’ tall, forming occasional lateral stems. These stems are light green, hairless, and rather shiny.

Life span: Zizia aurea is a herbaceous perennial plant which blooms from May to June. In the blooming period, each flower produces a single three to four millimeter long, oblong, green fruit capsule. The fruit changes color as the year goes on and contains a brown seed. In the fall both the leave and the fruit turn purple.

Zizia aurea occurs most often in small colonies in moist woods and meadows, thickets, glades and prairies, and it could be found in both degraded and higher quality habitats. Its preference is full to partial sun, although light shade under trees is tolerated. The soil should be moist and loamy, and can contain some rocky material. Zizia aurea is also known for its ability to survive dry summers even though it prefers wet habitats. 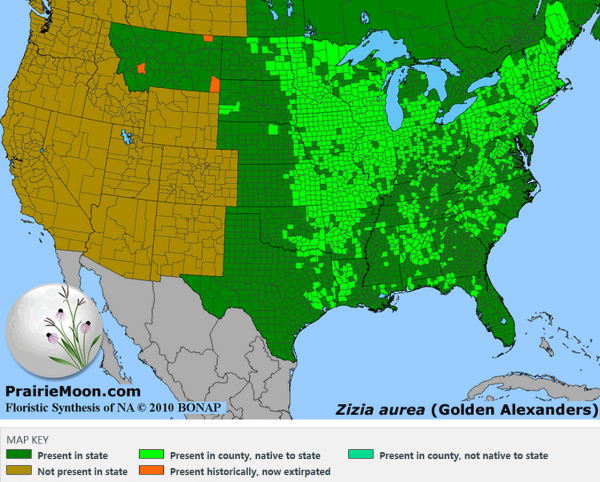 There are no disease or insect problems.

Non-human: The black swallowtail would feed on the Zizia aurea during all of the phases of its life cycle.

Humans: Would plant these in their gardens for color. Can be grown in direct sunlight or in the shade, however soil should be kept moist weather peat, clay or loam.

Page drafted by Youngfan Wu and Donald A. Stanley 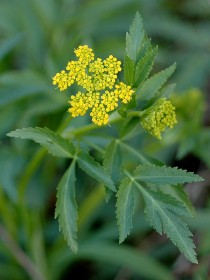 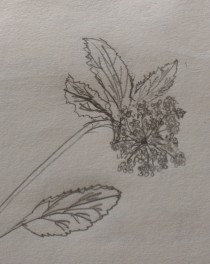 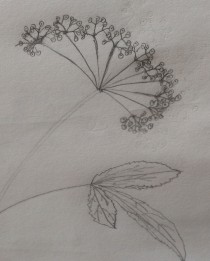