The trillium is a simple, graceful perennial that is one of the most familiar and beloved of the spring woodland wildflowers. Leaves, petals and sepals all come in groups of three. This species, commonly called “butcher’s blood,” is a Missouri native that grows to 15″ high. 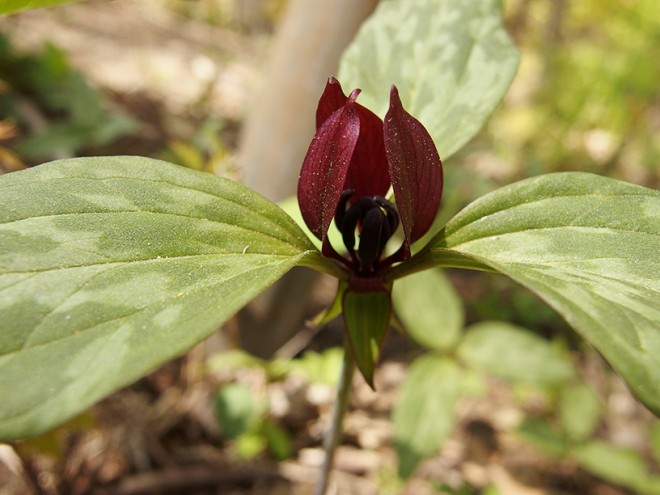 The Trillium Recurvatum derives from the Liliaceae family and is a native perrenial plant.

Leaf: This trillium has the usual arrangement of 3 leaves; they are 1 1/2–2 1/2″ long, often mottled, elliptic or narrowly oval, and broader towards the tip. 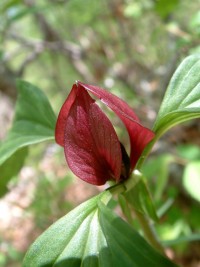 Flower | Seeds: The flower is erect and stalkless. The petals of the flower are maroon and stiff, arched above the six black stamens which curve over the pistil. Three stiff sepals bend down around the maroon stem. The seeds include structures known as elaisomes, to promote dispersal by ants and other foraging insects.

Life span: Trilliums are slow to develop because of the short period of active growth. Trillium recurvatums can live up to 25 years or longer and usually do not flower until they are several years old.

They bloom in April & May for 2-3 weeks and are found growing wild in the understory of deciduous woods in the upland temperate forest of the Midwest and eastern United States. Most species are easily grown in moist, humus rich soil in light to partial shade.

Distribution range: It has the seventh greatest distributional range of the trilliums. 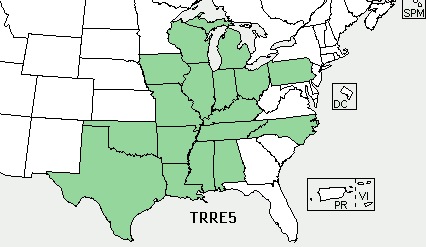 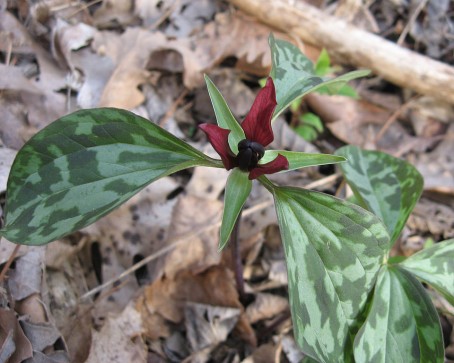 Trilliums, like all flowers, serve a vital role in our ecosystem. Flowers help keep the ecosystem growing and provide new plant life, as well as help sustain local insects and birds. Without insects or birds to help pollinate flowers, they would have no way of reproducing to create new flowers or growth. Flowers help our ecosystem flourish and attract a plethora of life to the area and facilitate the expansion of our environment.

Non-human: It is as much part of the oak woods in April as the spring beauties, the dutchman’s breeches, and the yellow violets. These come together, bloom together, and vanish together when June approaches, when the woods prepare for the coming of the shadowy summer.

Humans: Native Americans, early colonists, later the Shakers, and modern herbalists all ascribe medicinal prowess to this genus. It was reportedly used as a uterine stimulant to aid in childbirth; the roots and water were said to ease the pain of sore nipples in nursing mothers.

Pollinators:  The butcher’s blood flowers attracts beetles and flies, which feed on the pollen. 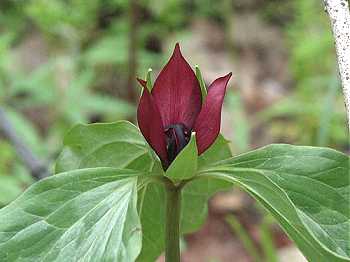 It is a popular belief in many jurisdictions that picking trilliums is illegal. 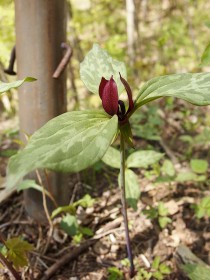 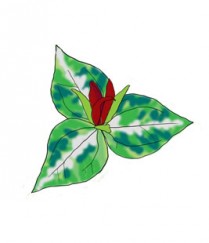 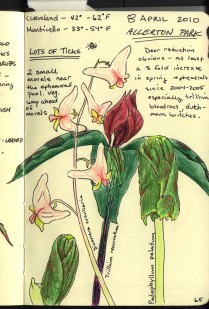