The lily of the valley has  little white bell-shaped flowers with a very sweet scent. Despite its adorable figure, all parts of this plant contain strong poisons called cardiac glycosides. This species was introduced to North America from Europe.

Leaf: The leaves are dark green, oval-ovate, and smooth. It has parallel veins and is up to 9” long, 4” across. Leaves are attached to a short stem with sheaths. 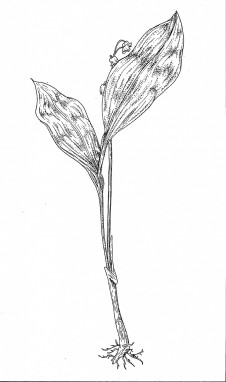 From 6 to 4 white little bell-shaped flowers hang down in a single raceme which extends from the main stem. The raceme of flowers is shorter than leaves and tends to nod down at the tip  from its weight. Each flower is 1/3” long and across and has 6 lobes that curve outward. The flowers occurs from late spring to early summer and lasts about 3 weeks. The flowers are fragrant. You may smell its scent long before you see the plant itself.
In a rich environment, flowers develop into red berries up to 1/3” across. Each berry contains juice and several seeds. In North America, flowers rarely produce berries.

Life span: It is perennial and it occurs during late spring to early summer.

The lilly of the valley was introduced to the United States from Europe as a garden plant which escaped from cultivation. It is slow to spread out but long lived once occurred and forms dense colonies that may invade other native species. It occurs in a shade of rich deciduous woodlands. 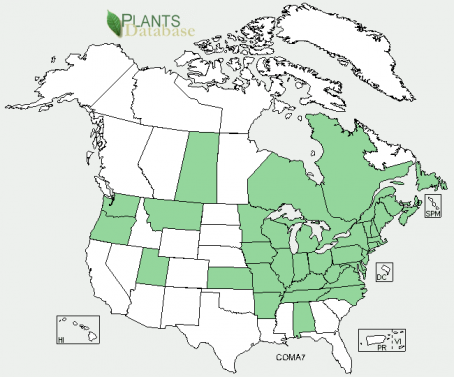