Camassia scilloides is a perennial herb also known as wild hyacinth. It is native to the eastern half of North America and is found in moist prairie remnants, especially along roads and railroad rights-of-way. Blooming occurs late April through late May; fruiting occurs early June. 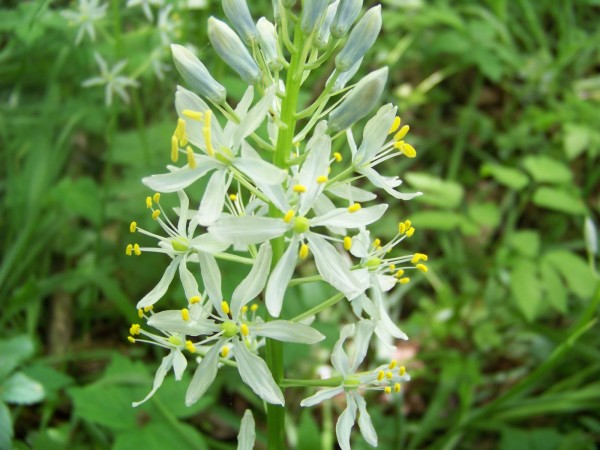 Leaf: The floppy basal leaves of Camassia scilloides are 6–12” long and 1/3” across; they are medium to dark green, linear in shape, parallel-veined, glabrous, and smooth along their margins. The basal leaves turn yellow and wither away by mid-summer.

Flower | Seeds: Each flower is ¾–1” across, consisting of 6 tepals, 6 stamens with bright yellow anthers, and a green central ovary with a slender style. The tepals are light blue-violet to nearly white; they are oblong in shape and spread widely from the center of the flower. Each tepal (petal or petal-like sepal) has 1–3 poorly defined veins along its length. The flowers begin to bloom from the bottom of the raceme and continue to bloom upward toward the apex. Each fertilized flower is replaced by a 3-celled seed capsule that is about 1/3” in length and nearly as much across. Each seed capsule contains many small seeds that are black and shiny.

Trunk | Bark: The erect central stalk is slender, light to medium green, and glabrous; it terminates in a spike-like raceme of flowers that is several inches in length. Underneath the floral spike, there are usually 1–3 bracts along the stalk. These bracts are green, linear to linear-lanceolate in shape, and up to ¾” long.

Life span: Camassia scilloides is a perennial wildflower, but each flower lasts only 2–3 days. The blooming period occurs from mid to late spring and lasts about 2–3 weeks.

The preference is full sun to light shade, moist conditions, and rich loamy soil. Camassia scilloides is slow to develop, but fairly long-lived. Its habitats include moist black soil prairies, moist savannas, moist open woodlands (particularly along the banks of streams), rocky wooded slopes, and limestone glades. This species is typically found in high quality habitats, whether prairies or woodlands. 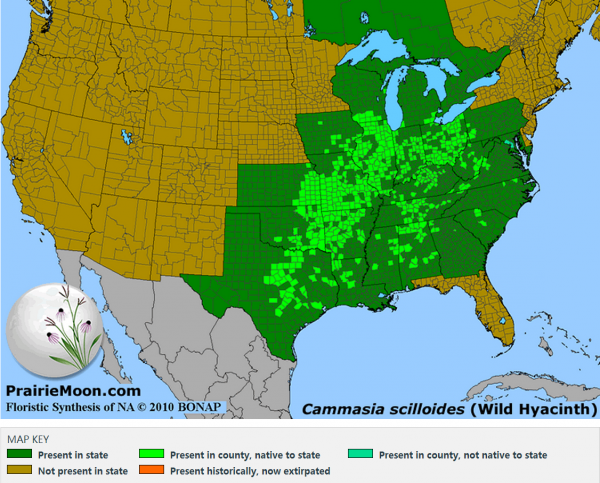 Camassia scilloides has attractive flowers that are conspicuous during the spring. It is usually found in woodland habitats, but also occurs in prairies. Camassia scilloides is found occasionally throughout Illinois, but it is threatened in Michigan and North Carolina, and it is endangered in Wisconsin and Pennsylvania. 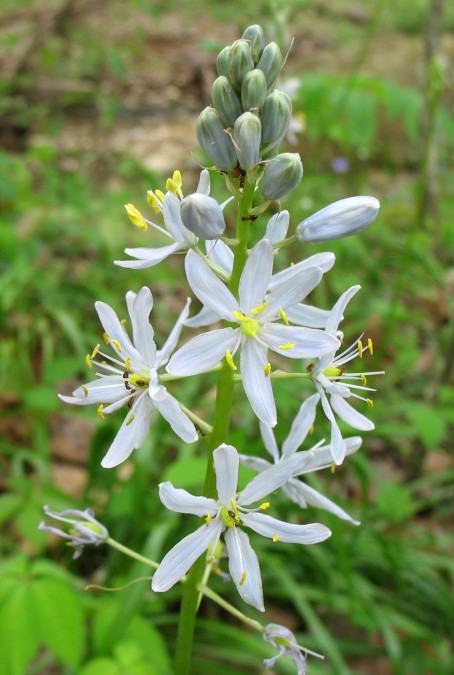 Non-human: The flowers attract their fair share of insects, including many bees and flies, and occasional butterflies and wasps. Most of these insects seek nectar from the flowers, although some short-tongued bees also collect pollen. Bee visitors include honeybees, bumblebees, Cuckoo bees, and Halictid bees. Other floral-faunal relationships are poorly understood. White-tailed Deer occasionally chomp off the tops of the basal leaves. Both the foliage and bulbs are not known to be toxic to mammalian herbivores.

Humans: Camassia species are edible and nutritious, and this species naturalizes well in gardens. 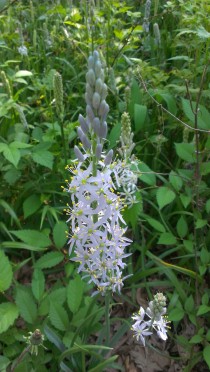 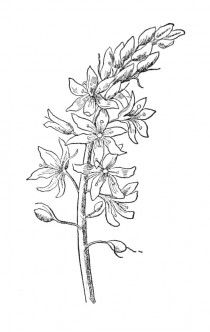