The Arisaema triphyllum is one of the oddest plants in the forest it’s strange flower structure and separate sex orientation make a sight to be seen and observed.

Arisaema triphyllum otherwise know as Jack- in- the- pulpit by children know as Indian turnip for it’s qualities of the spadix being edible. The plant has a beautiful colors and interesting fruits.

Leaf/Stems: The leaves of this particular wildflower are compound in design. There are exactly three leaflets but two can occur. The middle leaf tends to be a diamond shape. The leaves are a dull green without a gloss and a foot or more in length.  The trunk grows up to 1-2 1/2’. It is smooth and green. 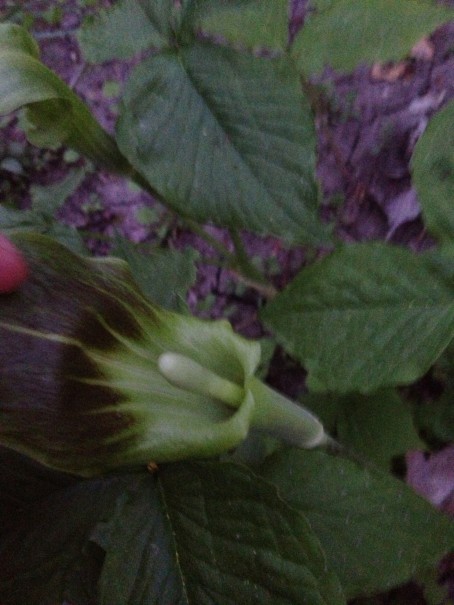 Flower | Seeds: The flowers on the club-like spadix within the hood are grouped at the base of the spadix. The spath or the hood is 4–7” long is striped with pinkish purple, brown and green. The fruit  forms in clusters on a stalk separate from the plant berries that are small and red that are edible. The plants themselves are actually not asexual but of separate sexes; one could be female the other plant male. The seeds should not be digested when the seeds are green the plant is still blooming when they go red they are edible by birds.

The usually reside in ravines and in wet shaded woodsy areas. They can be found all over the eastern and northern United States. They can also be found in some areas of Europe and Africa. 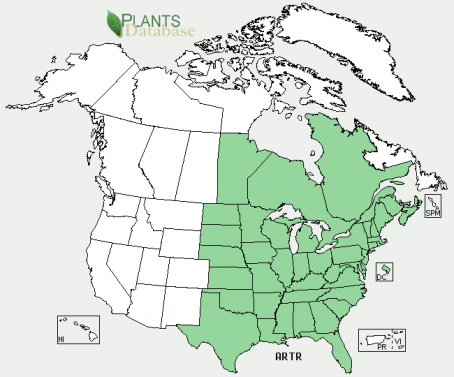 The plant has a rare ability to change its sex based on the area it is in. This special ability contributes to the biodiversity of the ecosystem of the plant. The berries are edible for the wildlife of the ecosystem such as birds.

Non-human: The plant has a relationship with birds by growing berries that they consume.  The birds also eat the pests that bother the plant. Bees also pollinate the plant.

Humans: The club-like spadix is edible if boiled and dried. It can be sliced and eaten like chips that are very good and have a peppery flavor.

Pests: For a short period the flower is bothered by leaf cutter bees. 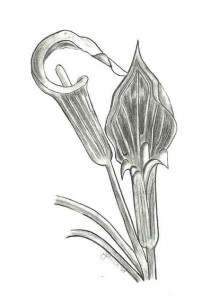 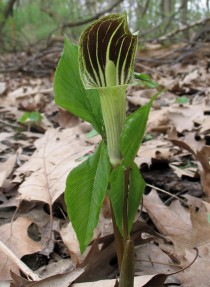