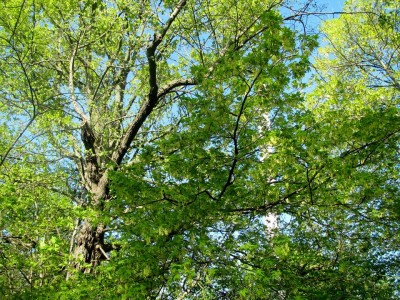 A Sugar Maple by: Raymond A. Foss

“Reds and oranges, yellows and greens
the fall colors of the sugar maple
adorning the front lawn of the church
ripening leaves, fall fruits
shimmering in the bright morning sun
a blue sky behind, framing them all
clinging to the stems the branches
for a few minutes more, holding on
to their moments in the sun
painting colors across the sky
a treasure, part of creation’s tableau
greeting us this morning, yesterday morning
on the way to worship.”

The sugar maple stands out in a landscape. Medium to dark-green leaves turn yellow, burnt orange, and red in the fall. This tree tolerates shade, likes a well-drained, moderately moist, and fertile soil. One should not plant this tree in confined areas or where salt is a problem. This tree grows 60’ to 75’ and spreads 40’ to 50’.

Besides providing beautiful borders to many miles of highway, and hundreds of thousands of gallons of maple syrup, it yields a wood of high grade. The wood is hard, strong, close-grained, and tough, with a fine, satiny surface. It is in great demand for flooring, veneer, interior finish, furniture, and as a fuel wood of the best quality. 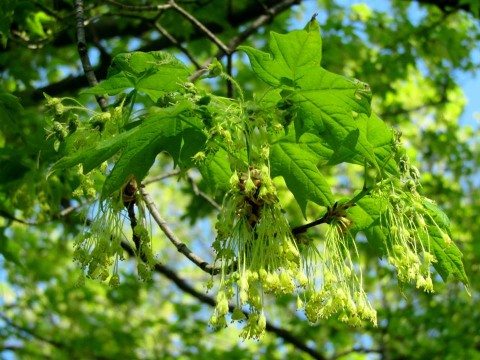 Leaf: The leaves are simple and opposite from each other on the maple tree. They grow 3 to 5 inches wide and contain 3 to 5 shallow lobes with wide-spaced coarse teeth. The leaves are dark green, paler below, and the clefts are rounded at the base. Each leaf edge is smooth between the points and the left stalk (petiole) is typically equal in length or shorter than the leaf blade.

Flower | Seeds: The flowers of sugar maple are greenish yellow with long stalks (pedicles) appearing in drooping clusters 1 to 2.5 inches long. Sugar maple is monoecious, which has a female (staminate) and male (pistillate) flowers on the same plant.

The maple grows keys (samaras), in short clusters, ripening in September. Samaras are paired with the seeds joining each other in a straight line, but the wings are separated by about 60 degrees.

Shape: The maple tree has an oval, rounded shape to it.

Twigs: Slender, shining, and warmly brown, the color of the maple sugar.

Trunk | Bark: The bark on the younger trees is dark gray, close, smooth, and firm; becoming furrowed into long irregular plates lifting along one edge. On mature trees, the bark usually appears to have long plates that peel along the side edge. 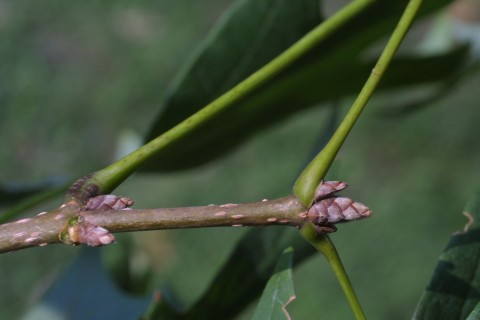 Sugar maple is one of 148 maple species that are found in the Northern Hemisphere, which includes about 90 native and introduced species in the United States. The range of sugar maple in North America extends from Nova Scotia and Quebec at its northern edge, west to Ontario, southeastern Manitoba, and western Minnesota, south to southern Missouri, and east to Tennessee and northern Georgia. Sugar maple is most common in New England and the Great Lakes states as well as Ohio, Pennsylvania, and New York.

Elevation limits vary throughout sugar maple’s extensive range. In northern New York and New England sugar maple occurs at elevations up to 2,500 feet. In the Great Lakes states, 1,600 feet is usually the upper limit. However, in the southern portions of its range, where the climate is typically warmer, sugar maple has a lower elevation limit of 3,000 feet and an upper limit of 5,500.

The first killing frost usually occurs between September 1 and November 10 and the last from March 20 to June 15, depending on latitude and elevation. Thus, average growing seasons are from 80 to 260 days. 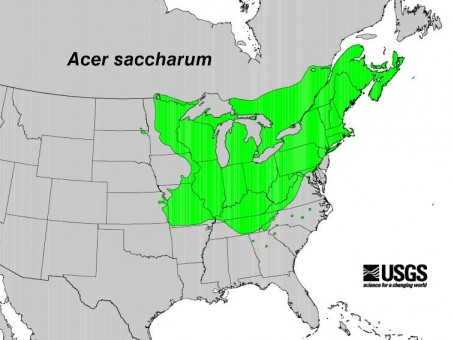 The Sugar Maple plays an important ecological role in many forests of the northeastern US and eastern Canada. One particular species of bird called the Leaf Flycatcher (Empidonax minimus) has been shown to have increased stress when sugar maples in a particular area are declining. This is a result of a decrease in the sugar maples’ foliage. This species of bird catches its food by picking up insects off of leaves. So, a decrease in sugar maple foliage results in less leaves with insects residing on them for the bird to catch and eat.

In addition, the sugar maple trees produce a large amount of leaf litter every fall and it is this leaf litter that helps contribute to earthworms’ success. Earthworms are also important for Acer saccharum itself as it facilitates the breakdown of the leaf material. They will take the leaf litter and break it down to its essential nutrients that the sugar maple can take up and reuse later.

Non-human: White-tailed deer, moose, snowshoe hare, flying squirrels, lepidopertan larvae, and aphids are all animals that feed on the sugar maple seeds, buds, twigs, and leaves. Porcupines also consume the bark of the tree and can girdle the upper stem. Songbirds, woodpeckers, and cavity nesters nest in the sugar maple. The flowers appear to be wind-pollinated, but the early-produced pollen is important for Apis mellifera (honeybees) and other insects.

Humans: Products that are made from sugar maple trees are common in household products throughout the country. The maple syrup and sugar industry is an important part of the many agricultural economies in the Northeast. The earliest written accounts of maple sugaring were made in the early 1600s by European explores who observed American Indians gathering maple sap. Today, sugar maple stands and roadside trees provide private landowners with an annual cash crop as well as a rewarding hobby.

This tree has long been valued as a hardwood timber species because of the wood’s hardness and resistance to shock. In early America, the wood was used for a variety of household items, including rolling pins, scoops, apple grinders, and cheese presses. Today its uses include lumber for general construction, flooring, furniture, cabinet work, and woodenware. The high density of sugar maple wood makes it a popular fuel for home heating.

Wood Boers – the insects in this group succeed only in stressed Sugar maples. This insects initiate the decomposition process that eventually leads to nutrient recycling. Wood borers many cause significant losses because of the lumber degrade or reduced crown size that results from their activities.

A number of organisms feed on the sugar maple foliage and cause visible damage. In addition, some insects and mites alter the trees growth when they stimulate the host to produce strange-looking growths called galls. These tumor-like abnormalities are derived from cells that grow excessively large. This unusual development is triggered by growth stimulants introduced into the plant in the saliva of insects and mites. The location, shape, and color of a gall, which provides a source of nutritious and readily available food and shelter for the pest, usually is distinctive to identify the gall maker.

Sugar maple has many types of leaf disease. Most of these disease are caused by fungi. Symptoms range from minute dead spots to the death of the entire leaf. Leaf diseases occur throughout the growing season but are more common in late spring during wet and cool periods. Defoliation by leaf diseases generally does not cause significant damage. It seldom lowers a tree’s ability to produce food energy by more than 25 to 30 percent. However, growth may slow and dieback can occur following serious episodes. In addition, air pollutants also may cause discolored or dead areas on leaves. With the exception of anthracnose, leaf diseases do not cause significant damage. 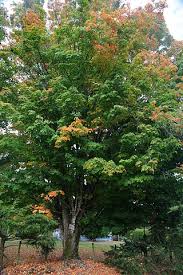