Innovation on a grand scale. 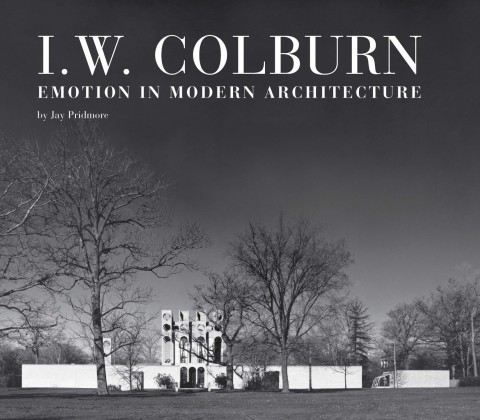 I. W. Colburn: Emotion in Modern Architecture chronicles thecareer of one of Chicago’s most influential mid-century modernists. Colburn’s houses, institutional buildings, and religious structures feature a highly refined blend of structural expression and deeply embedded elements of traditional architecture. Colburn was an independent architect whose sculptural buildings were controversial in his time, but whose mastery of proportion, materials, and space have gained wide recognition 50 years later.

Colburn’s architecture was extremely influential to architects in the mid-twentieth century who were also struggling with modernism’s relationship to the architecture of the past—to the “golden mean” and other classical principles of balance and repose. Colburn believed that architecture should express “grace, glory and aspirations.” His design sense, joined with a brilliant rapport with clients, enabled an architecture that included modernist clarity and undeniable luxury.

This book traces Colburn’s life, from his childhood in Boston and education at Yale to a career that reached its heights in Chicago. He later returned to New England where he restored Early American houses and Gilded Age mansions. The arc of Colburn’s career touches many influences without ever losing its exceptionally modern, and innovatively modernist, identity.

I. W. Colburn: Emotion in Modern Architecture is the story of an exceptional architect and of more than 100 design projects, some of which seemed outlandish when built, but many of which appear timeless today.

Jay Pridmore is the author of more than 20 books, many of them about Chicago architecture. His Chicago Architecture and Design (Abrams, 1993, 2005) remains a bestseller in its class. Pridmore’s Building Ideas (University of Chicago Press, 2013) examines the rich and unparalleled architectural history of the University of Chicago. He lives near Chicago.