In 1999 the Italian High Court overturned a rape conviction because the victim was wearing tight jeans at the time of the assault. The justices stated that the victim must have helped her attacker remove her jeans, from which they inferred consent. People all around the world were outraged. Wearing jeans on this anniversary became an international symbol of protest against erroneous and destructive attitudes about sexual violence.

Get Involved at Lake Forest College:

The Office of Title IX, the Coalition Against Sexual Misconduct (CASM), and the Gates Center invite you to participate and we are hoping to engage students, staff, faculty and the community in raising awareness about this important social problem.

Be as creative as you would like. Get your whole class involved, family, or participate individually.

2) Take a photo alone or with others displaying your support

Denim Day is a Peace Over Violence Program:

Their mission is to :Build healthy relationships, families and communities free from sexual, domestic and interpersonal violence. 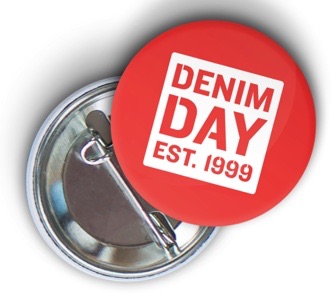 For the past 18 years, Peace Over Violence (POV) has run its Denim Day campaign on a Wednesday in April in honor of Sexual Violence Awareness Month. The campaign was originally triggered by a ruling by the Italian Supreme Court where a rape conviction was overturned because the justices felt that since the victim was wearing tight jeans she must have helped her rapist remove her jeans, thereby implying consent. The following day, the women in the Italian Parliament came to work wearing jeans in solidarity with the victim. Peace Over Violence developed the Denim Day campaign in response to this case and the activism surrounding it. Denim Day campaigns are held in cities all over the the United States, LA being the first. Learn more about POV.

Prior Prevention and Awareness Initiatives 2020:

Missed the Crime Victims’ Rights Week Information April 19-25? We’ve captured the information shared here for you. To raise awareness of victims’ rights, the Title IX Office highlighted a few topics during the week of April 20-24 along with the national crime victims’ rights program.

Every year, millions of Americans are affected by crime. Many will need ongoing care and resources. April 19–25 is National Crime Victims’ Rights Week, a time to celebrate the progress achieved, raise awareness of victims’ rights and services, and stand with our families, neighbors, friends, and colleagues whose lives have been forever changed.

Other Virtual Happenings in April:

What is Sexual Misconduct?

Guidance for Faculty and Staff